Stereogram of the fourth Mother House 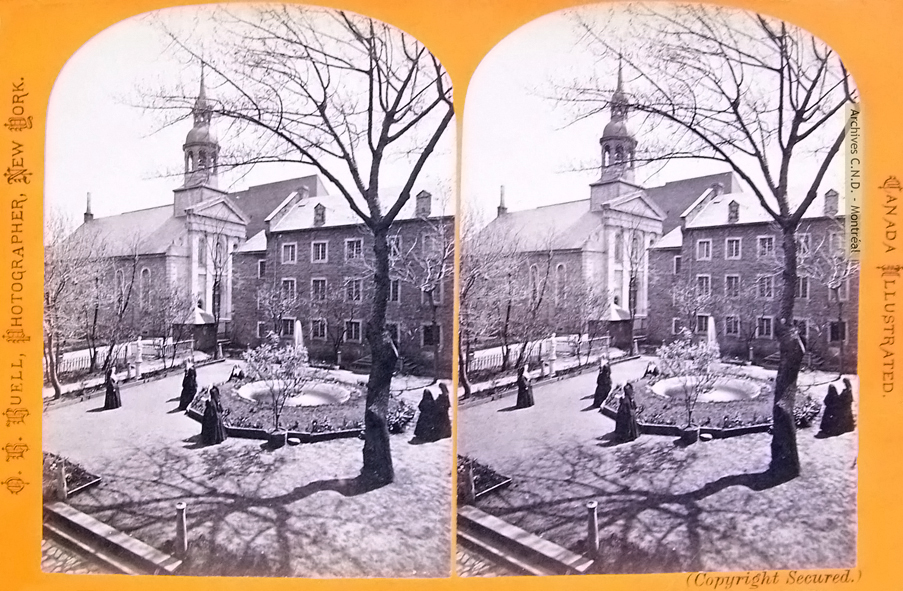 The stereoscope, a viewing apparatus for creating or enhancing the illusion of depth in an image was very popular at the end of the 19th and beginning of the 20th century. Companies, mostly American, produced large quantities of stereographic cards or two slightly different offset images on a wide variety of topics in vogue at the time: architecture, everyday life, personalities, theater, etc. The institutions of the Congregation also took part in this fad.