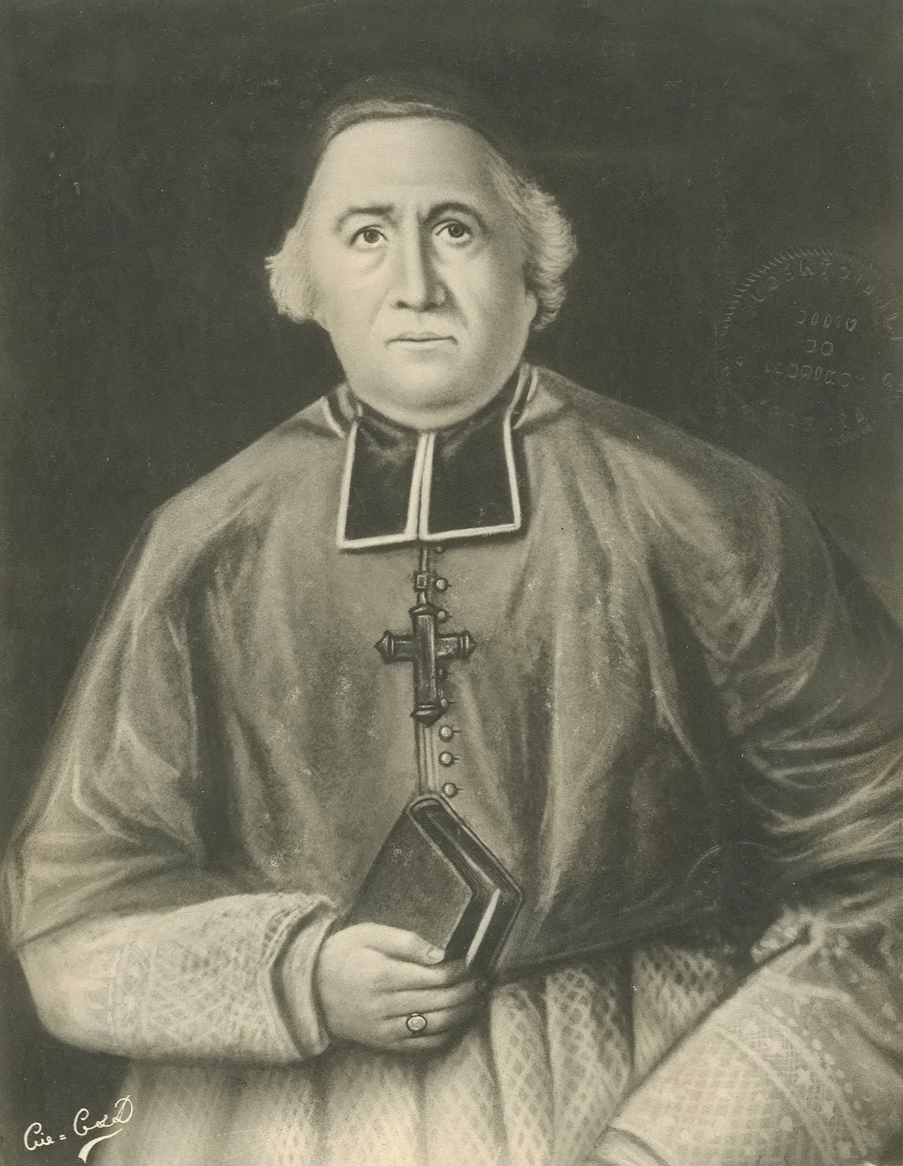 Jean-Olivier Briand was born on January 23, 1715 in the parish of Plérin (department of Côtes-du-Nord). Ordained priest in March 1739, he was a canon when he arrived in Quebec in 1741. He occupied several functions, among them, secretary and confidant of Bishop Henri-Marie Dubreil de Pontbriand. On the day of the defeat on the Plains of Abraham in 1759, Bishop Pontbriand appointed him Grand Vicar of Quebec. When Pontbriand died in 1760 leaving the Church in Canada without a Bishop, Briand took on an important role in the ecclesiastical administration of the colony. Finally named Bishop in 1763, he was officially consecrated in Paris in 1766. He is remembered for his moderate attitude toward the British administration, his spirit of poverty and his faith in Providence. In 1784, he retired from his functions as Bishop and as administrator of the diocese. He died in the seminary in Quebec on June 25, 1794.