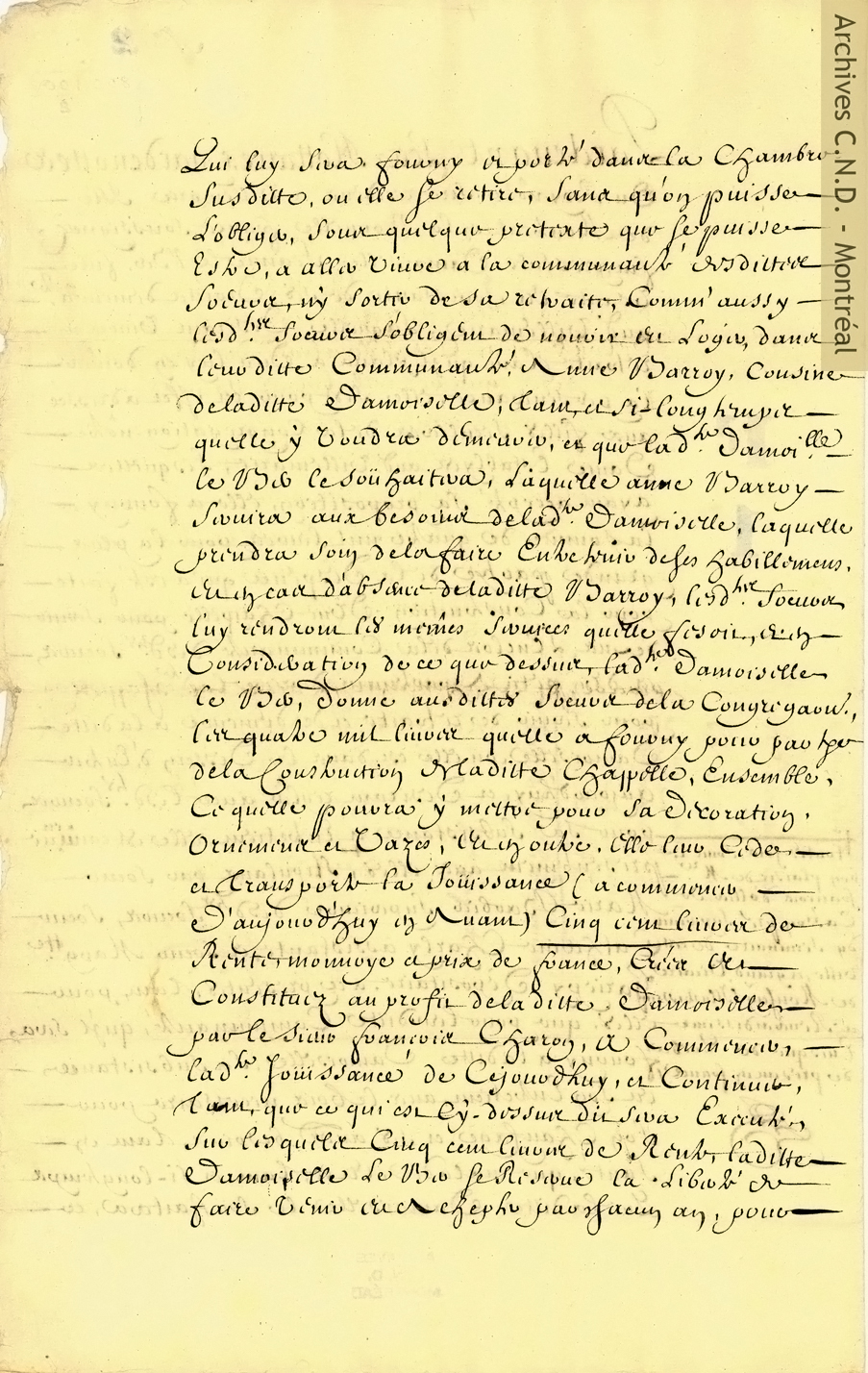 Jeanne Le Ber was born on January 4, 1662 in Ville-Marie (Montreal). Daughter of Jacques Le Ber, one of the wealthiest merchants in Montreal, and Jeanne Le Moyne, a member of the most influential families in New France, she studied with the Ursulines in Quebec where she learned embroidery. When Jeanne returned to Montreal in 1677, she became a recluse in a room in her parents house from where she would emerge once a day to attend Mass. When she learned that the Sisters of the Congrégation de Notre-Dame were planning to build a chapel attached to their convent, she proposed to finance its construction with a condition attached: that adjacent to this chapel there would be an apartment where she could live in seclusion. On August 5, 1695, the day of the chapels inauguration, Jeanne entered her new quarters. This benefactor of the Congregation died on October 3, 1714.