Marie-Louise-Léontine Marsan-Lapierre, known as Gauthier, named sur Sainte-Euphrosine, was born August 20, 1853 in Montreal and died there on July 26, 1935. An exceptionally talented student, she attended the Académie Visitation, near her home and then was sent to the Académie Saint-Denis. She was 14 years old when she was accepted in Villa Marias cours gradué. She was awarded the Honours Cross and her diploma after one year. She returned to her large family where she remained for eight years before entering the novitiate. She pronounced her vows in 1874 and began to teach in the Quebec City region. After nine years, she was assigned administrative tasks in the community: Assistant to the Novitiate Mistress, Local Superior, Directress General of Studies, Novice Mistress. She organized the first Pedagogical Congress of the Congregation in 1906, revised their study programme and, with Sister Sainte-Anne-Marie, established the first institution of higher education for girls in Quebec, the Collège Marguerite-Bourgeoys, affiliated with the Université Laval. She was elected Superior General in 1917. Following her six-year term, she continued to occupy administrative positions, to which she dedicated 48 of her 59 years of religious life. 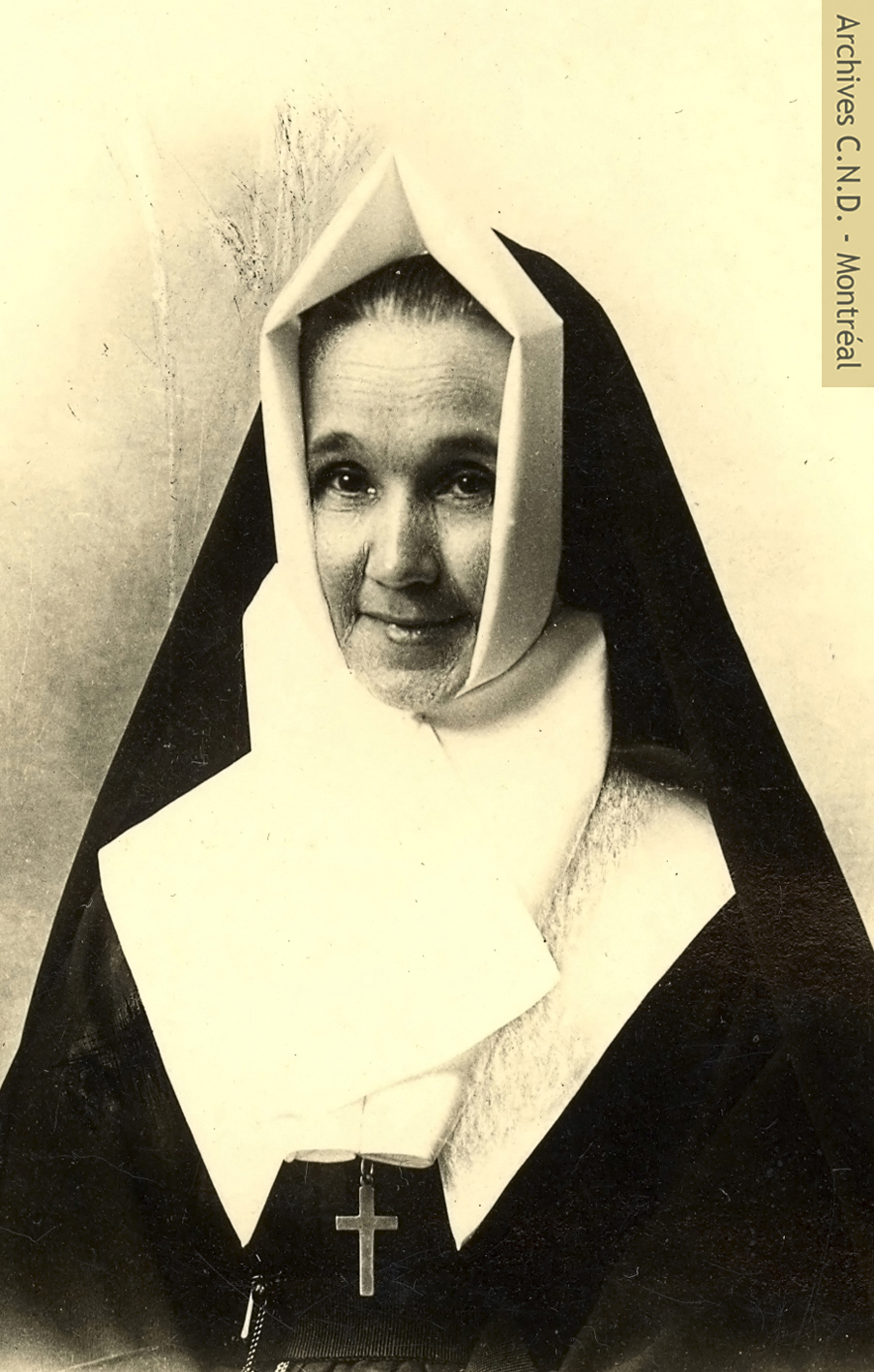