Marie-Anne-Rosalda Dragon, named sur Saint-Valérien, was born on December 13, 1869 in Saint-Denis-sur-Richelieu and died on January 23, 1957 in Montreal. She attended the boarding school of the Congregation from 1881, entered the novitiate in 1888 and pronounced her vows in 1891. She taught in Berthier, then in different schools in Montreal and occupied various positions in the Mother House including Superior. She was Superior of several Communities from 1914 to 1928 and in 1932 she became Superior General of the Congregation. During her term in office, the mission in Japan was founded, the first mission in a non-Christian country. During her term in office, the Congregation was hit with an outbreak of typhoid fever, which killed fifteen novices. After her term in office, she occupied other positions of responsibly, such as, Assistant to the Superior of the École normale de Montréal. 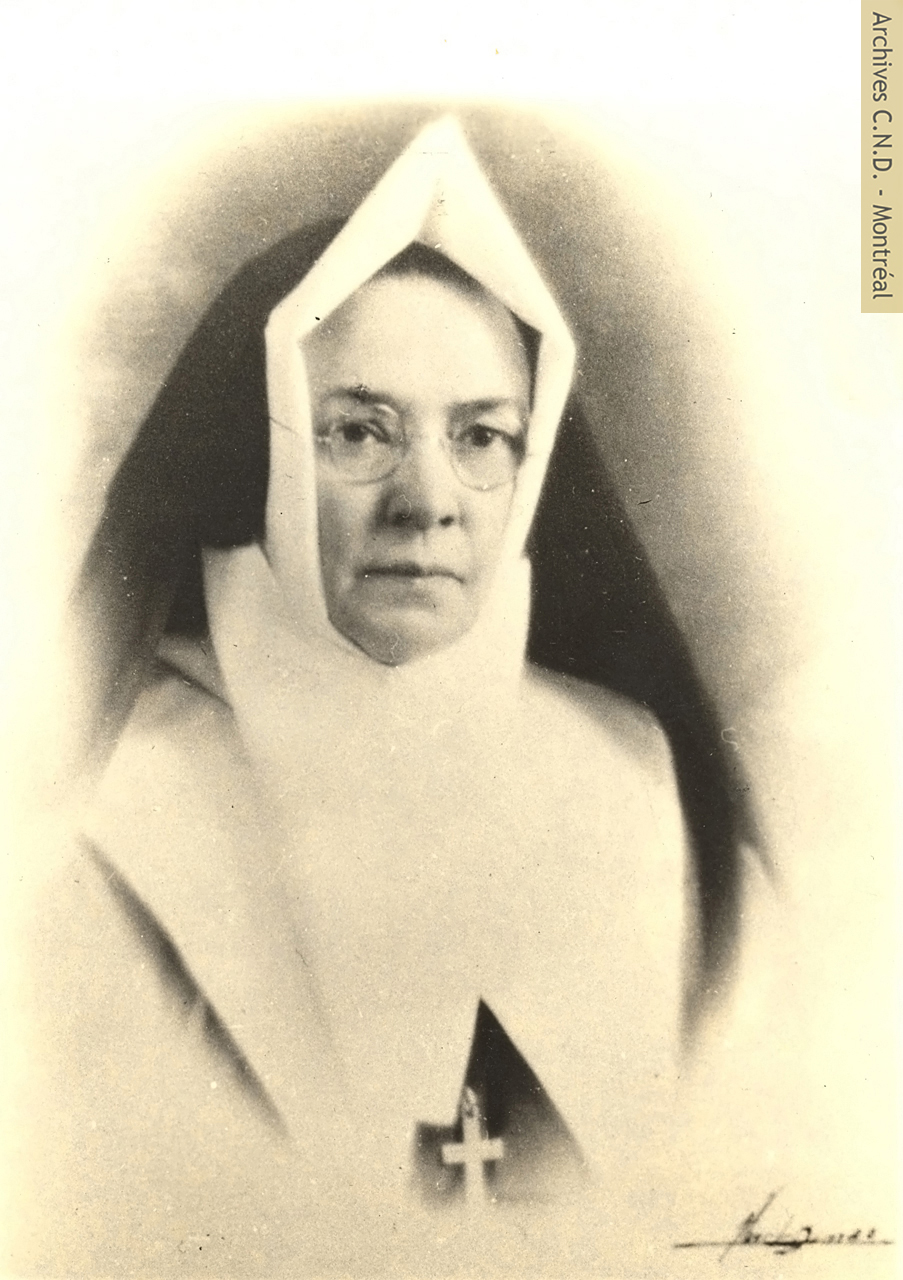