Marie-Anne-Euphémie Trudeau, named sur Sainte-Héléna, was born on August 20, 1875 in Joliette and died May 17, 1956 in Montreal. She attended the convent school of the Congregation in her home town and, at the end of her studies, received several awards. She entered the postulatory in 1892, made profession in 1895 and taught mostly in Montreal. In 1923, she was appointed Prefect of Studies in the Provincial House in Sherbrooke. She was later named Local Superior of Mont Sainte-Marie de Montreal in 1926, before occupying once again the position of Prefect. She was elected Assistant to the Superior General in 1932 and then became Superior General in 1938. Because of illness, her term in office lasted only until 1940. When she regained her health, she became involved in other activities. She worked briefly at the boarding school de la Côte Saint-Paul, and then at the Saint-Eusèbe school until her death in 1956. 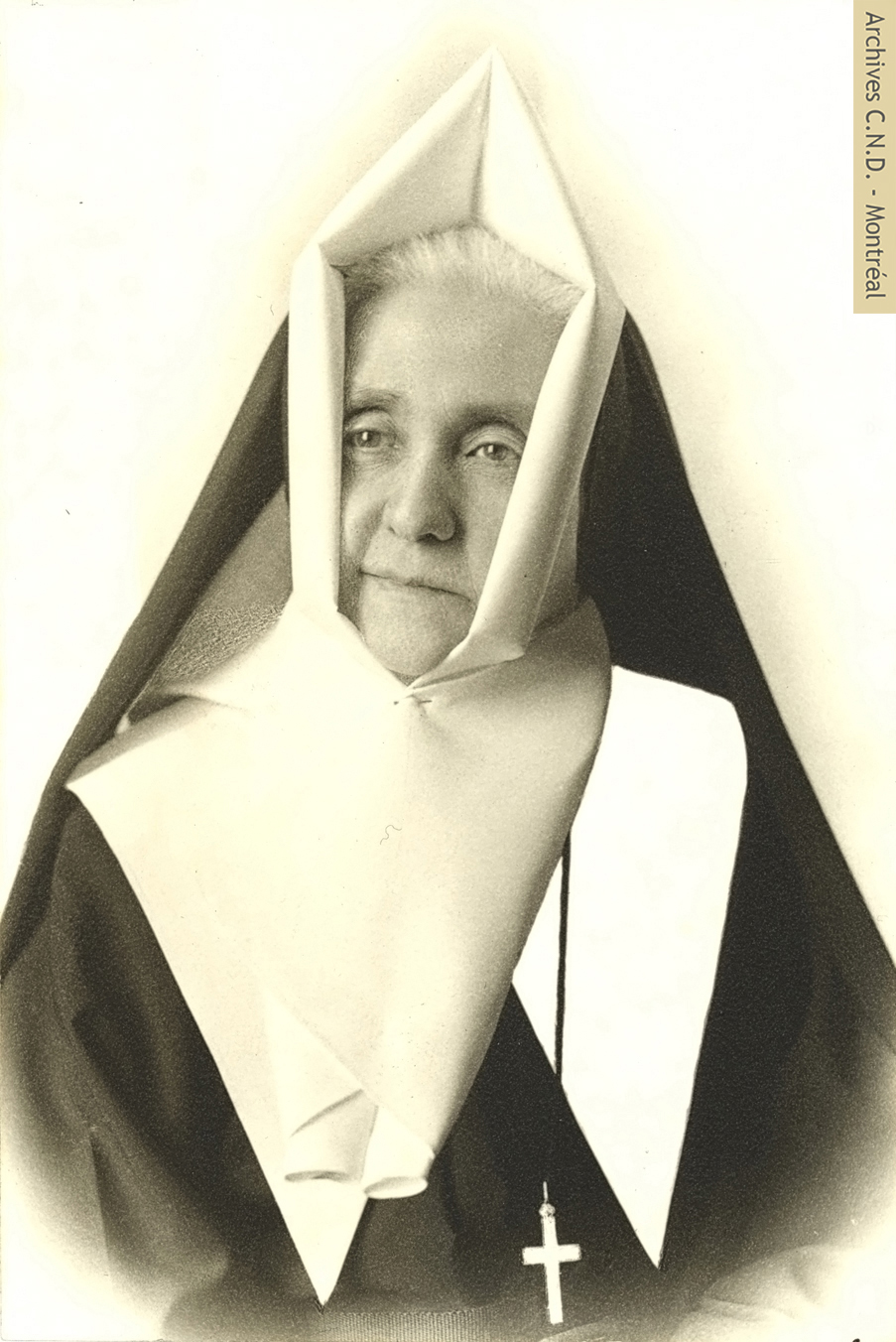