Marguerite Ouellet, named sur Sainte-Marguerite-des-Vertus, was born in Montreal on July 12, 1912 and died there on July 12, 1995. She studied at the convent school of the Congregation in Saint-Jean-sur-Richelieu. She entered the postulatory on August 26, 1932, but had to interrupt her vocation formation because of illness. In 1942, she returned to the novitiate and pronounced her vows on August 19, 1943. She began a career in teaching that lasted 25 years, 21 of which were in universities. During the last 12 of those years, she occupied Directorships in domestic science schools, like the one affiliated with the University of Ottawa, which she founded and directed from 1956. In 1970, she was elected Superior General of the Congregation for a four-year term. Her term in office took place when the educational system was being reformed and she contributed to the future of the private educational institutions of the Congregation. After her term in office, her active life continued for another 20 years. She participated in such activities as pastoral ministries in Montreal and in France. 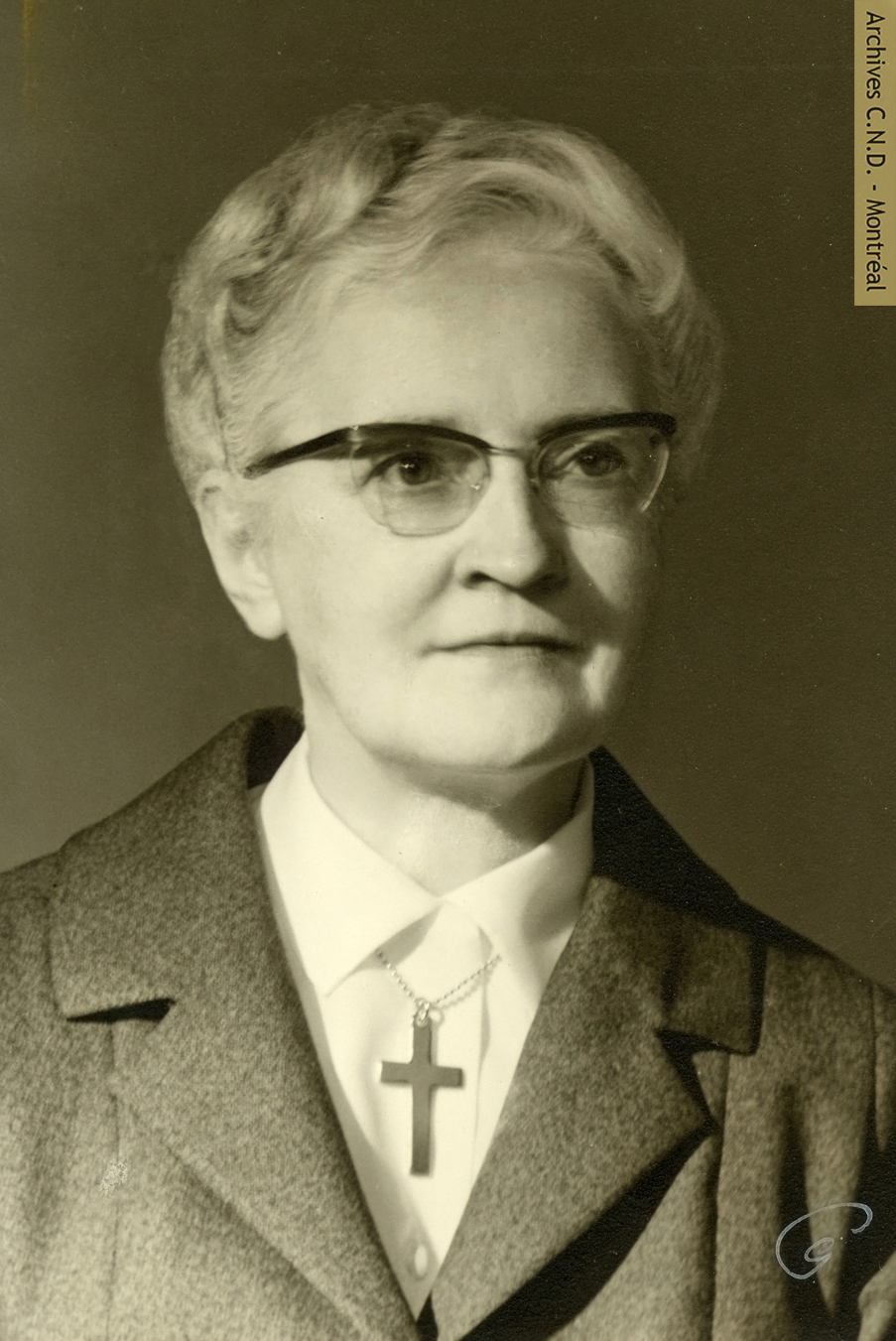