Gabrielle Massicotte, named sur Sainte-Héléna-du-Sacré-Cur, was born on October 27, 1913 in Neuville and died June 30, 1990 in Montreal. From 1920, she studied at the Académie Saint-Paul with her older sister, and then attended the Collège Marguerite-Bourgeoys before entering the novitiate in 1936. She pronounced her vows in 1938 and her first mission was to the Collège Notre-Dame-de-Bellevue in Quebec where she taught for eleven years. She occupied administrative positions, such as, Novice Mistress, Directress of the Juniorate, Local Superior, Assistant to the Superior General and Congregation Secretary before being elected Superior General in 1964 for one six-year term. Her term in office took place when the Church was being challenged in the Province of Quebec; it was the time of the Révolution tranquille (the Quiet Revolution) and of deep educational reforms. Normal schools, domestic science schools, and boarding schools closed, while classical institutions were transformed. It was also during her term in office, in 1970, that the Congregation decided to establish a mission in Africa. Once her term in office ended, she established the Solitude Notre-Dame-des-Bois and for seventeen years contributed to the spiritual élan of the house, for six years as Local Superior. 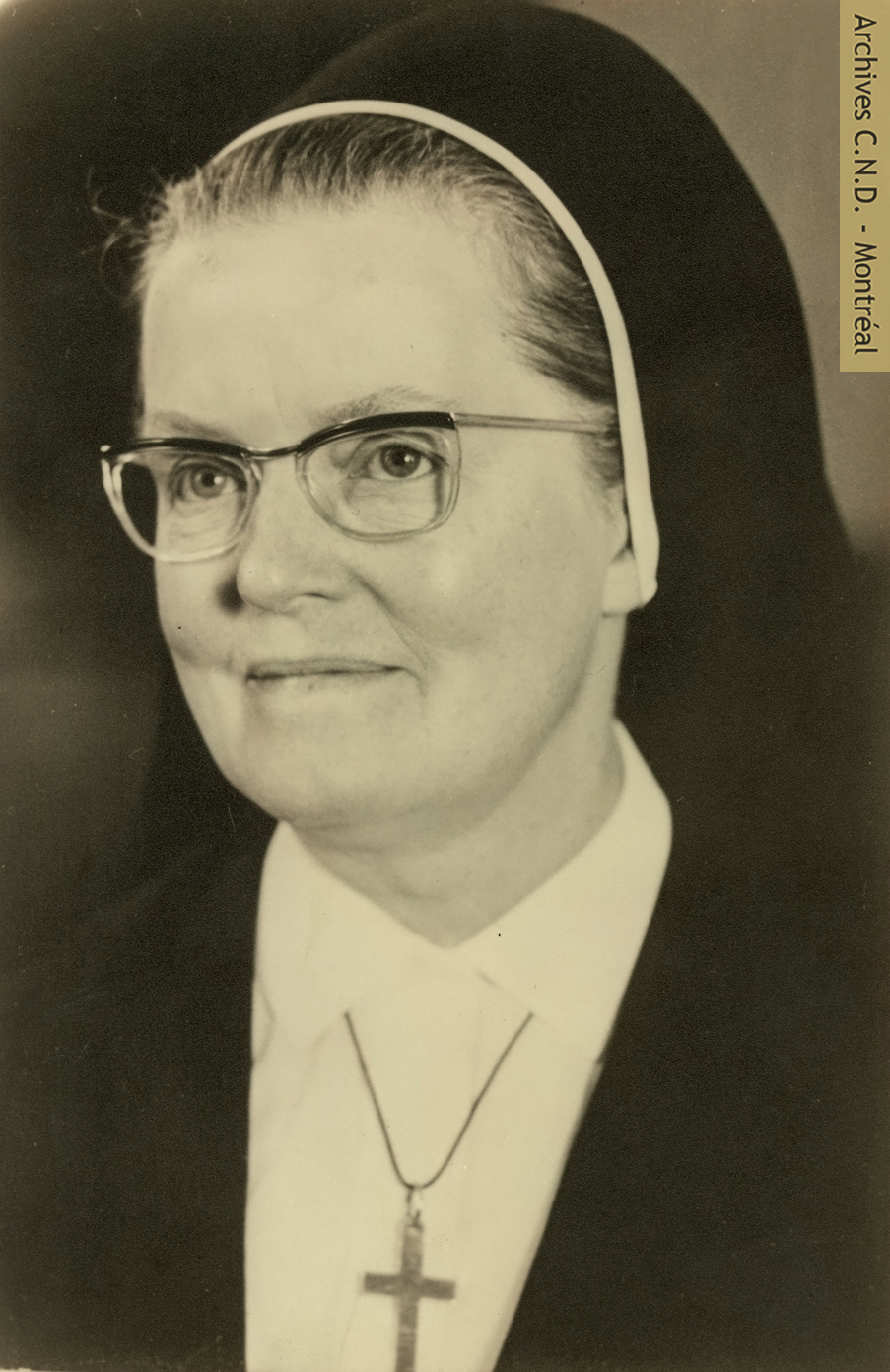