Saint Monica School was already in existence when the Les Sœurs de la Congrégation de Notre-Dame took on its direction. Because the building was small, the Montreal Catholic School Commission built a new, more spacious school. In August 1956, the sisters moved into the former school on Borden Place and made it their residence. Until then, the school had been under the direction of lay personnel, despite the wishes of the parish priest, Father McMahon, who wanted the children to be taught by sisters. His wish became a reality: Catholic education was provided by sisters in the large new school located onTerrebonne Street. It received elementary level boys and girls divided into two sections; the sisters were responsible for the girls. When it opened, in September 1952, the director, Sister Saint-Jean-de-l’Ascension (Mary Ellen MacAulay), assisted by Sister Sainte-Claire-Miriam (Clare O’Neill) and Sister Sainte-Anne-Françoise (Violette Bélair), received the two hundred seventy-seven enrolled students from grade 1 to grade 7. Because of such a large number of students, other sisters quickly joined them.

During the years that followed, the number of students increased considerably. A number of classes had to be transferred to other neighbouring schools, such as Saint-Antonin, Saint Augustine of Canterbury, Marymount and Saint-Luc. Conversely, Saint Monica School at times received students from other institutions. When Saint Augustine of Canterbury School closed in 1967, the teaching sisters moved to Saint Monica Residence. The boys and girls followed the regular school curriculum and were encouraged to participate in religious youth organizations, such as Société des Anges gardiens. Apart from the time of the teachers’ strike in January 1967, the sisters led a tranquil life at Saint Monica’s. In June 1970, the sisters left the school and their residence. From 1976 to 1981, Congrégation de Notre-Dame sisters returned once again to live in the Saint Monica Residence. 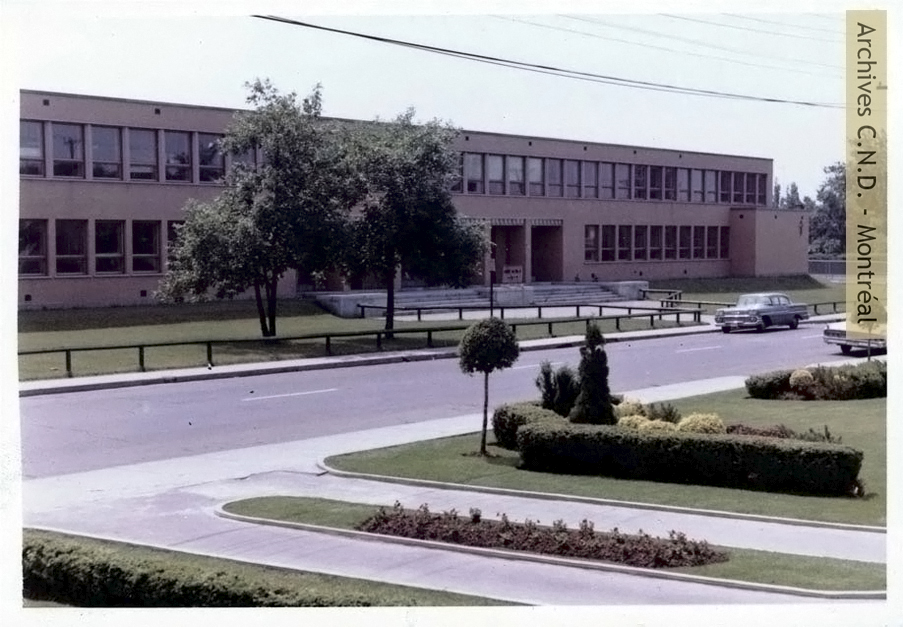