Meiji Gakuen has a unique history as a Catholic school. In 1910, it was founded by Keiijiro Yasukawa and Kenjiro Matsumoto as an elementary school and a branch of Meiji Technical School (now Kyushu University of Technology). When it was established, there were twenty-three students. At the end of World War II, Mr. Yasukawa, who wished to put all his energy into rebuilding his company, wanted to withdraw from the school’s administration. The university already had been transferred to the Department of Education of Japan and a junior high section had been added to the elementary school. As a result, on September 5, 1949, Meiji Gakuen was transferred to the Congrégation de Notre-Dame and became a Catholic school. During the process leading up to the transfer, Father René Rouillier, MEP, pastor of Tobata Catholic Church, and Mr. Junzo Fukushima, a Catholic and an employee of the Yasukawa Company, worked very hard to make this transfer possible. From that time to 1984, Mr. Fukushima was a director in the administration of Meiji Gakuen. The first sisters to come to Meiji Gakuen were: Sister Sainte-Marguerite-de-l’Enfant-Jésus (Anne-Marie-Rose-de-Lima Cauchon), superior of the convent and principal of the school; Sister Sainte-Marie-Damase (Marie-Laura Gauthier-Landreville); Sister Sainte-Maria-Hostia (Anna Tomiko Saito); Sister Sainte-Marie-Théophane-Venard (Germaine Masako Anazawa).

The next year, in 1950, Meiji Gakuen Senior High School for girls was founded. In its first year, the senior high school had sixty-one students, seven teaching sisters and six lay teachers. Ten years later, when Meiji Gakuen celebrated the fiftieth anniversary of its foundation, the elementary, junior high, and senior high schools combined had a total of one thousand, five hundred and twenty students with a staff of eighty. During the next twenty years, and as the student body grew, besides ensuring quality education, an administration building, an auditorium, two gymnasiums, a library and two classroom-wings were added to the facilities. In 1984, at the time of the Canonization of Saint Marguerite Bourgeoys, a new building for the elementary school was built near the main gate and, on a prominent elevation on the outside wall of the building, a statue of Saint Marguerite was erected. For a long time, the parents of the boys in the junior high school had been asking that their sons also be accepted in the senior high school. In 1990, on the occasion of the eightieth anniversary of foundation, the request was granted. In April 1992, Meiji Gakuen was a school that offered a twelve-year program of education to both girls and boys. To accommodate the increase in student population, a gymnasium, a wing of classrooms and two sports fields were added to the facilities. The next big change in the history of Meiji Gakuen took place in 2008. The Congrégation de Notre-Dame’s educational institutions, which had been independent school corporations, were combined into one called the School Corporation of the Congrégation de Notre-Dame. All the schools adopted the same mission statement. Now, with more than one hundred years of history, Meiji Gakuen is home to more than one thousand, nine hundred students and a staff of over one hundred and fifty, all of whom work in collaboration and are inspired by the educational heritage of Saint Marguerite Bourgeoys. 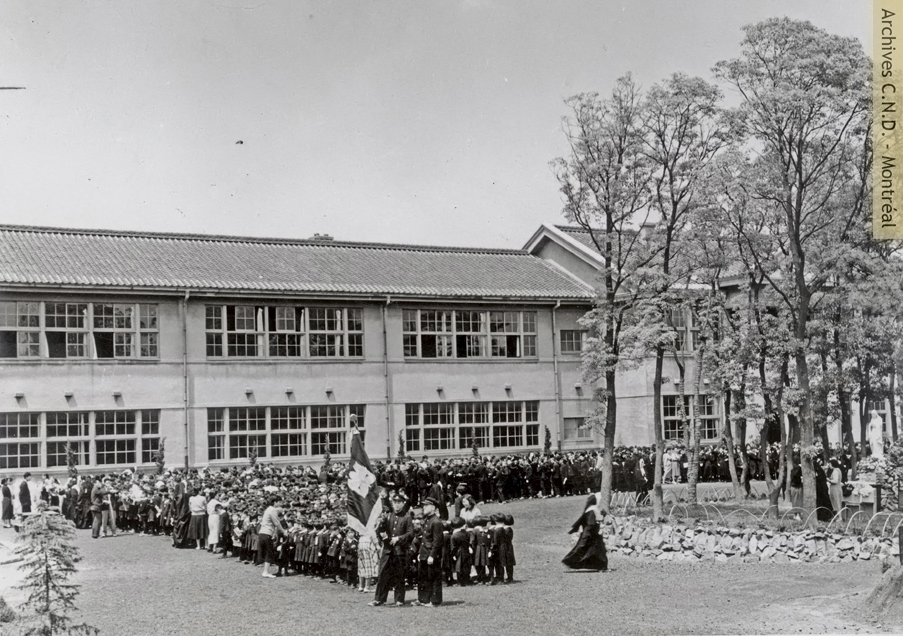 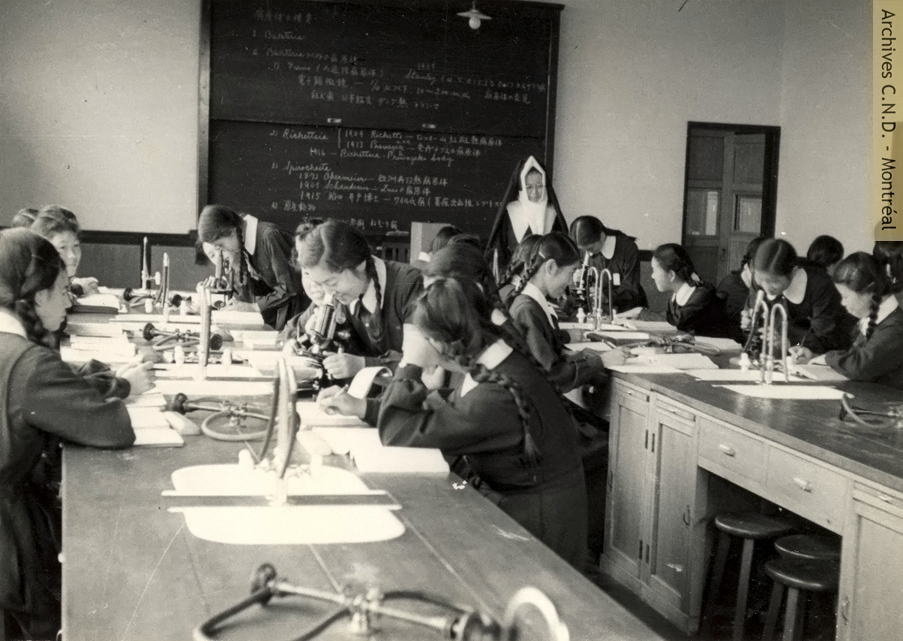 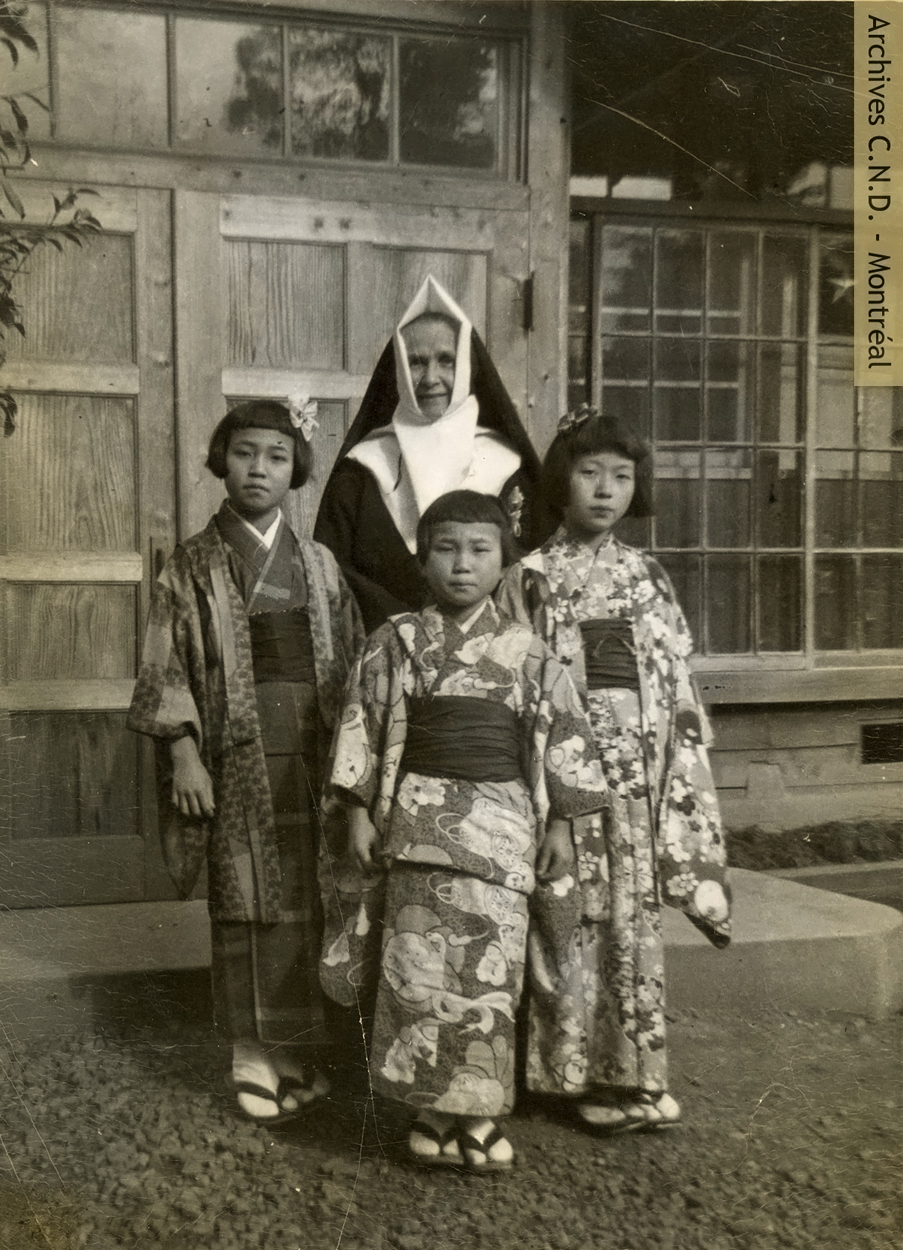