As early as 1947, Father J.-Amédée Rioux, parish priest of Saint-François-Xavier Parish in Bassin (postal outlet Solomon), Magdalene Islands, requested that the Sisters of the Congrégation de Notre-Dame assume the direction of Saint-François-Xavier School. This was not possible because there were not enough Sisters to fulfill this task. In 1951, Father Rioux was replaced by Canon Pierre Chouinard who pursued his predecessor’s initiative. It was only in 1953 that the request was accepted and that the first Sisters took on this responsibility. Sister Sainte-Bernadette-de-France (Germaine Lévesque) was named Superior. She was accompanied by three teachers from the Magdalene Islands: Sisters Jacqueline Massé, Fernande Richard and Lisette Boudreau. When the school opened, there were ninety-nine registered students, of whom forty-one were boys, in three classes from Grade 6 to Grade 10.

The school, built in 1949 by the Regional School Board of the Magdalene Islands, was situated in front of the presbytery and contained three classrooms as well as an apartment and a chapel for the Sisters. In 1956, another building with six classrooms was built next to it. The school was named Notre-Dame-des-Écoles and when it opened it received about two hundred students from Grade 1 to Grade 10. In 1964, High School education was assigned to the Regional School Board of the Magdalene Islands. In 1972, the Sisters left their residence in the former school to allow for the building of new classrooms. The Sisters rented the presbytery until 1977, the year the Congregation decided to build a house known as Résidence de Bassin. In 1978, the parishioners highlighted the Sister’s 25 years of service by presenting them with an honorary plaque. The Congrégation de Notre-Dame decided to close the mission in Bassin in the summer of 1987. When the Sisters left, the parishioners gave them an honorary plaque for their contribution to education and their social involvement. The Sisters in Bassin joined two other local communities, one in La Vernière and the other in Havre-aux-Maisons. Résidence de Bassin was sold in January 1988. 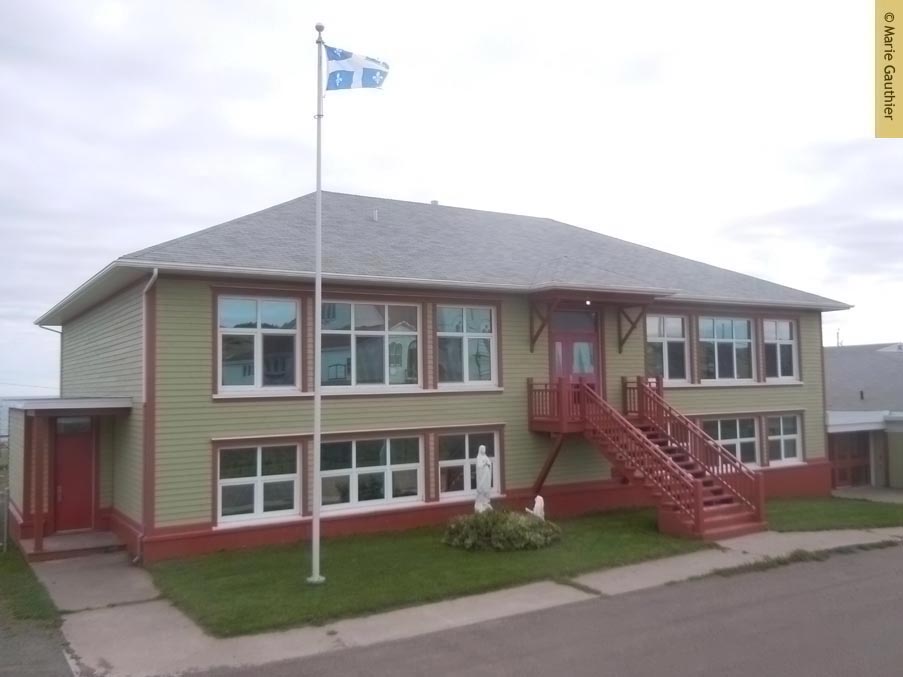