In 1886, at the request of Parish Priest Adolphe Ignace Irénée Légaré and of his brother Cyrille Légaré, vicar general of the archbishopric of Quebec, a convent-school was built next to Nativité-de-Notre-Dame Church in Beauport. In 1887, three teaching sisters of the Congrégation de Notre-Dame arrived. They were: Sister Sainte-Marie-Anne-de-Jésus (Marie-Eugénie-Philomène Sirois), the superior, Sister Saint-Avit (Marie-Rose Boily) and Sister Saint-Jean-Chrysostome (Marie-Azilda Hénault). When the convent-school opened in 1887, there were five boarders, twenty-seven weekly boarders and one hundred eight day students. On September 11, the building was blessed by Cardinal Elzéar-Alexandre Taschereau. Providing education was not the only mission of Beauport Convent-School. In 1890 and in 1916, the church in Beauport was destroyed by devastating fires. While the church was being rebuilt, the chapel of the convent-school served as the village’s parish church. Occasionally, the convent-school was used as a dormitory for travellers. Because it was situated on the outskirts of Quebec City, on the pilgrimage route to Sainte-Anne-de-Beaupré, the sisters often welcomed visitors. From 1921, the sisters in Beauport also taught in several other elementary and high schools in the area, such as, Académie Sainte-Marie and Saint-Yves and Tremblay Schools. In November 1929, Notre-Dame-de-la-Nativité Alumnae Association was established. Its membership numbered one hundred sixty-five former students.

In 1944, a post-secondary Arts and Sciences Program was also offered at the convent-school. Several expositions featuring various student projects were organized. Around 1953, the convent-school’s boarding facility permanently closed and became a novitiate; in 1954, there were nineteen novices. In order to make the transition easier, the performance hall was demolished in order to build new classrooms. In 1966, the novitiate was closed. In 1974, the convent became an assisted-living facility for retired, sick or convalescing sisters. Important renovations were made in order to modernize the building for such occasions as the Eucharistic Congress and pilgrimages. On the convent’s land stood the ancestral home knows as Maison Girardin. In October 1977, it was classified as a heritage monument. Consequently, Beauport Convent and the land around it were also in the protected zone. In 1987, the community celebrated the 100th anniversary of its foundation. For the occasion, a commemorative plaque was unveiled during a reception. A historical exposition was also organized in Maison Girardin. In 2002, the convent permanently closed. 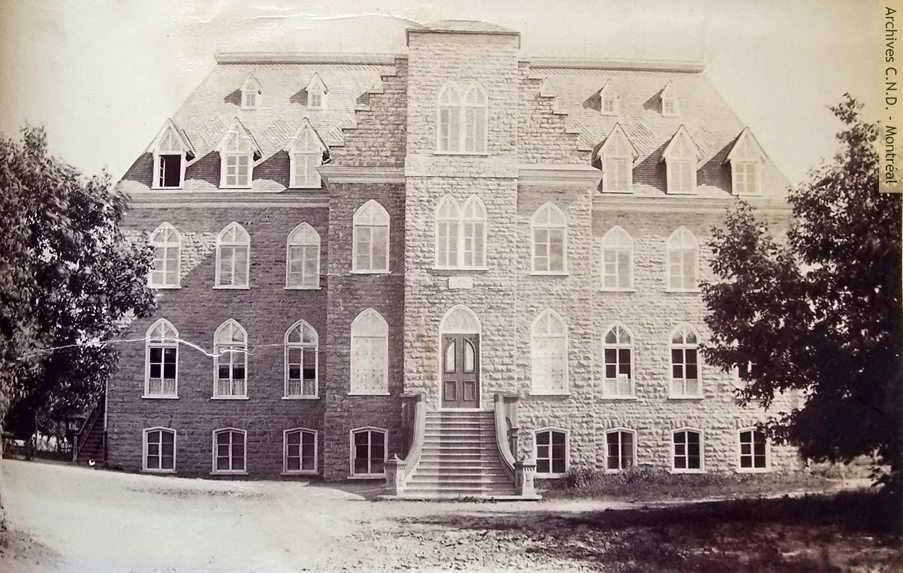 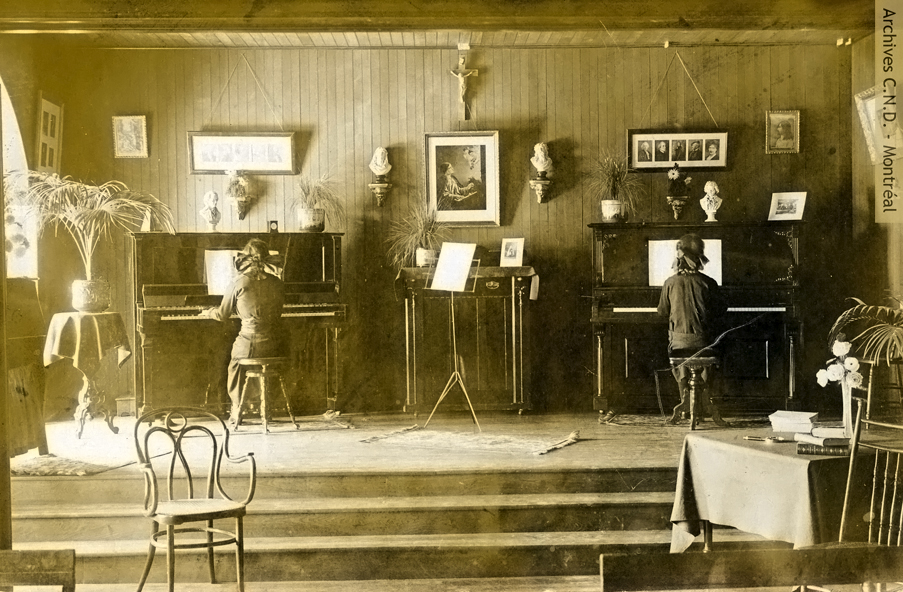 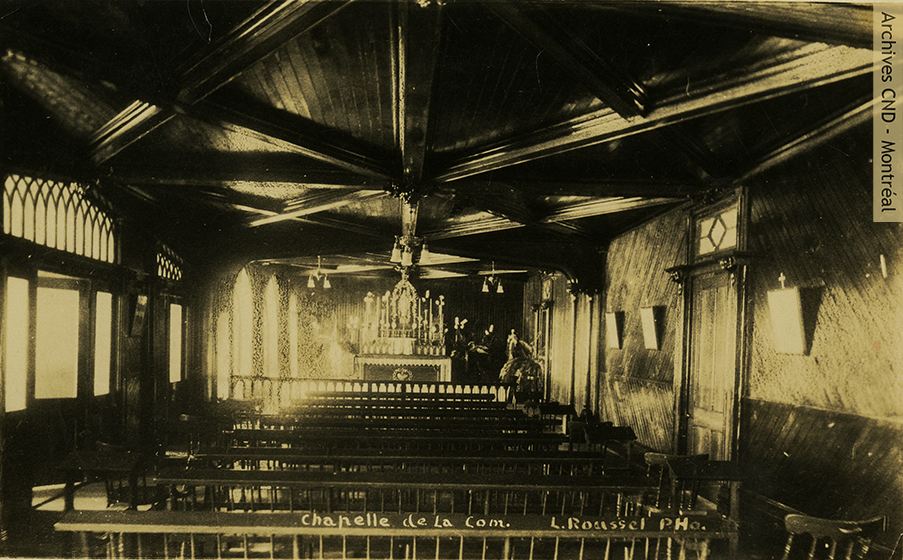 Chapel of the community of the convent of Congrégation de Notre-Dame, Beauport (Quebec), Quebec, [between 1905 and 1940]. 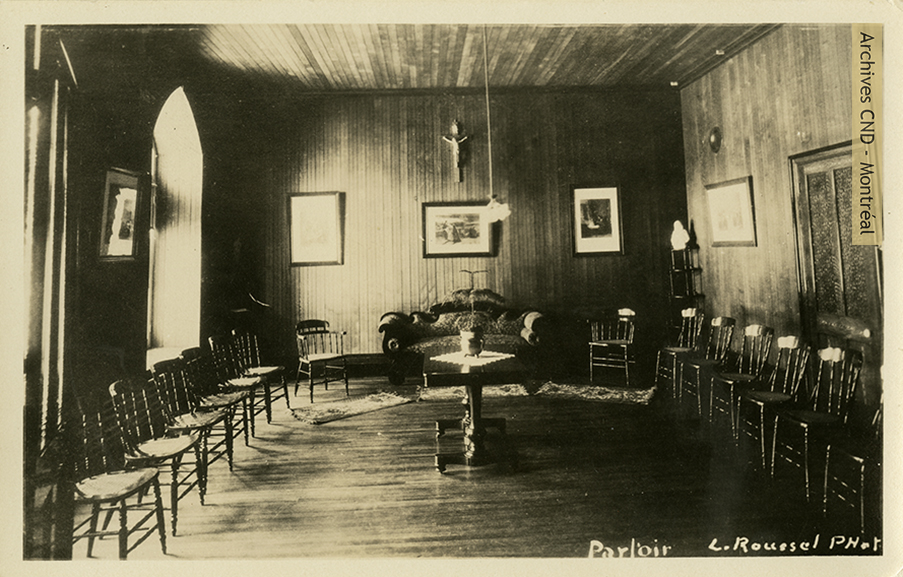 Parlour of the convent of the Congrégation de Notre-Dame, Beauport (Quebec), Quebec, [between 1905 and 1940].