In 1861, at the request of Father Pierre-Louis Billaudèle, Superior of Séminaire de Saint-Sulpice, the sisters of the Congrégation de Notre-Dame opened Saint-Denis Academy on the street that bears the same name. Sister Saint-Gabriel (Ann Darragh) was named director. At the time of the school’s opening, she was assisted by Sister Saint-Thomas-d'Aquin (Josephte-Julie Archambault), Sister Saint-Denis (Marie-Adèle Camirand) and Sister Sainte-Lucie (Anne-Marthe Healy). On August 26, 1861, the first day of the school year, there were twenty-six registered students. Less than one month later, on September 21, there were sixty-three students. The Academy was first set up in a house on Saint-Denis Street. The house was the property of Mr. Louis Boyer, to whom the Congrégation de Notre-Dame paid rent. At the beginning of the second school year, in September 1862, the house was already too small for the one hundred eight registered students. Therefore, the school moved to one of the properties belonging to Father Henri Gauthier, Pastor of Saint-Jacques Parish on Saint-Denis Street. The sisters and students moved in on January 15, 1863. In 1865, the Congrégation de Notre-Dame acquired the land and began building a new house. In 1884, a new three-storey branch school was built and in 1916, a new wing was added.

In 1887, the school reached its pinnacle with a student population of three hundred ten registered students. In the following years, the number of students gradually decreased; the area around Saint-Jacques Parish was becoming progressively more commercial and families were moving North. In 1919, the two English classes were closed. In 1929, Notre-Dame-de-Fourvière Alumni Association was established. When the school year began in 1930, there were less than one hundred students; this had not occurred since the school had first opened. Because of too few registrations, Saint-Denis Academy closed in June 1936, before reaching its 75th anniversary. The building was sold to Jeunesse Ouvrière Catholique which took possession of it on July 1, 1936. Several valuable objects, among them a tabernacle door in gold, were offered to the Joliette Boarding School which was being renovated as Saint-Denis Academy was closing.

Saint-Denis Academy was established to meet the needs of the prosperous population of Saint-Jacques Parish. In 1916, the school adopted the Arts and Sciences Program recognized by Université de Montréal and applied it to the last four years of studies. Also during the last four years, the young women were taught typewriting in English and in French. In order to obtain their diplomas, the students in music followed the program from the Conservatoire de musique. Drawing and painting were also taught. In September 1931, preparatory courses toward a teaching certificate as well as typewriting and shorthand were added to the Arts and Sciences program. 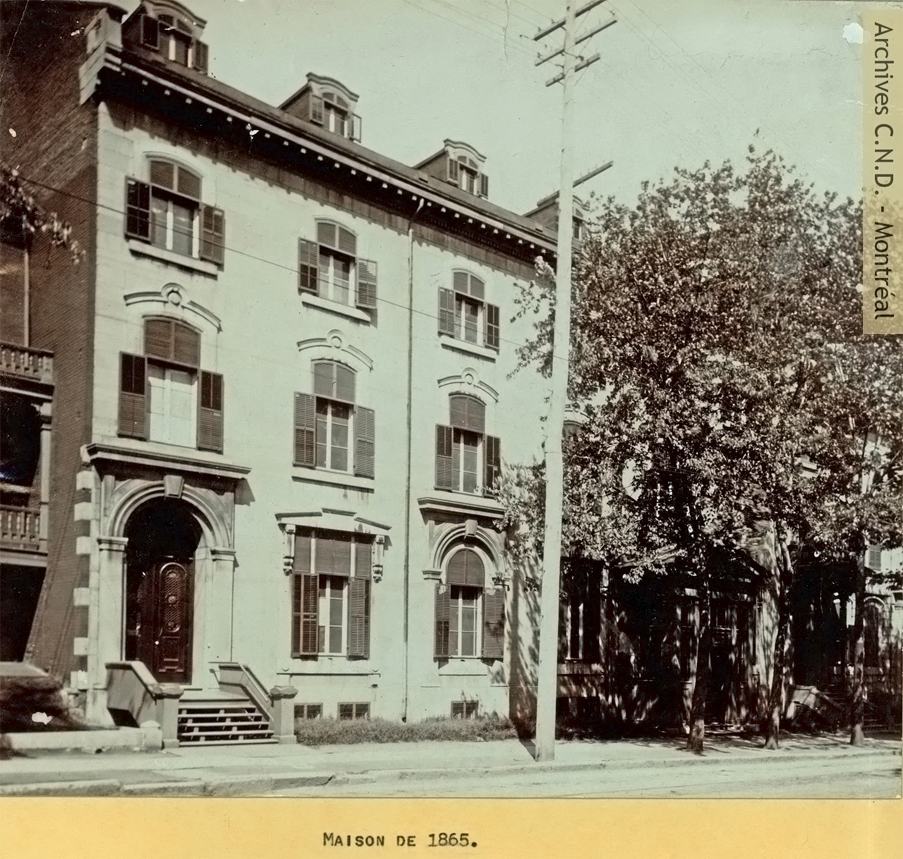 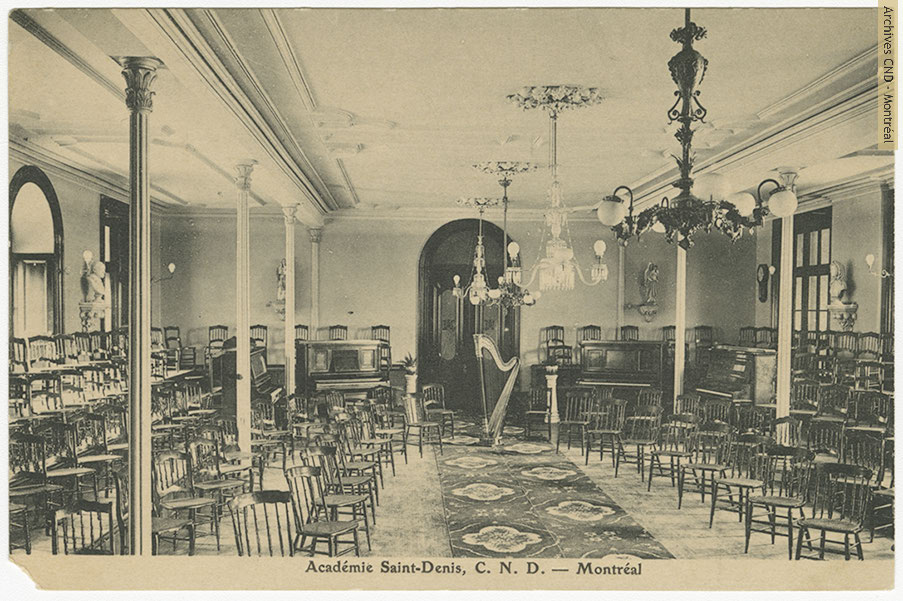