Recovery of objects from the Mother House ruins 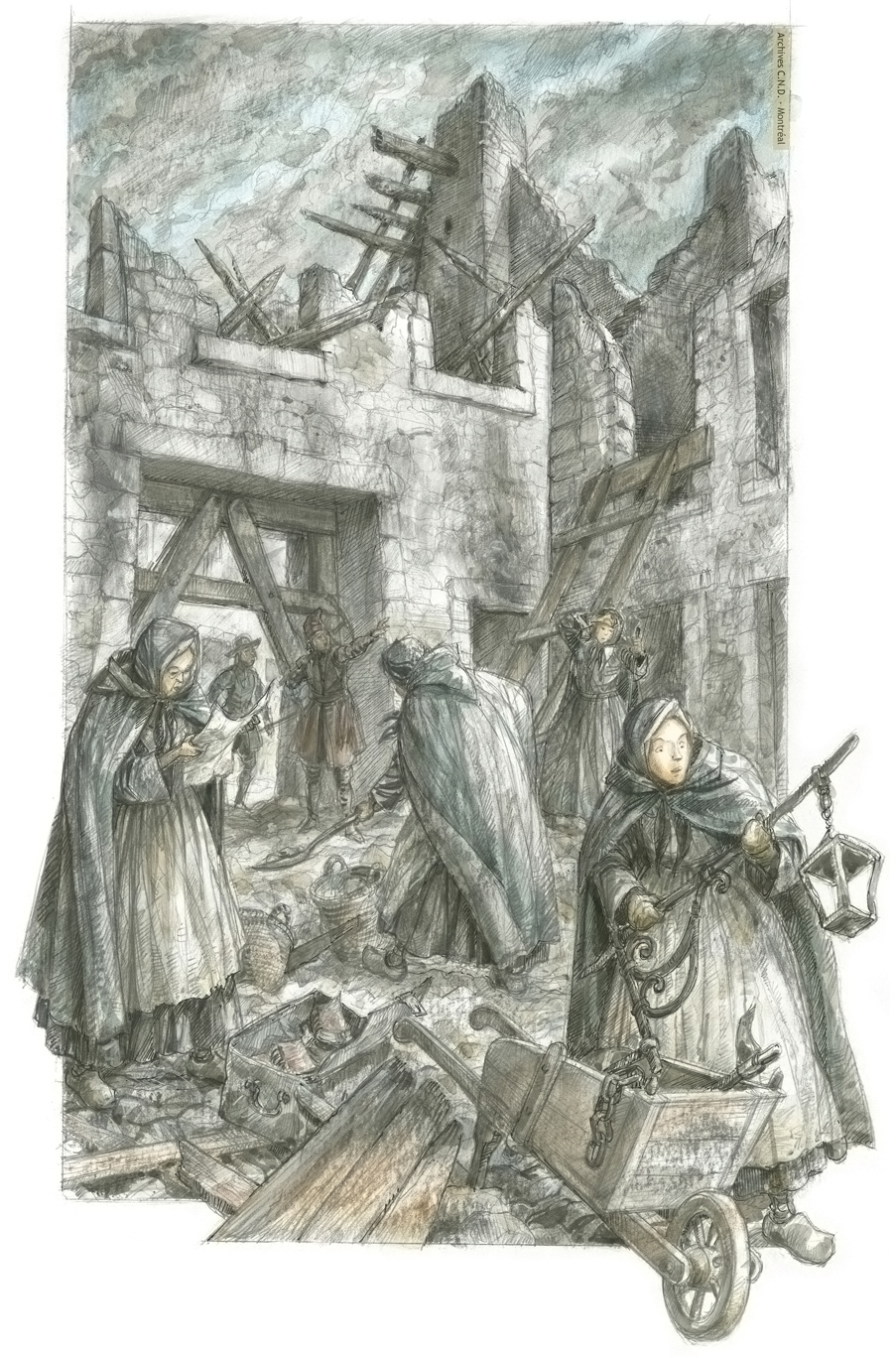 On April 11, 1768, a fire broke out in Montreal and 88 houses were destroyed, among them the convent of the Congrégation de Notre-Dame which had been situated since 1683 in the enclave formed by Saint-Jean-Baptiste, Saint-Paul and Notre-Dame streets. While their building was being reconstructed on the same site, the Sisters found refuge with their neighbours, the Hospitallers of lHôtel-Dieu. Every morning, those who did not teach went to look among the ruins for anything that could be salvaged. This kind of tragedy occurred three times in the history of the Congregation, in 1683, 1768 and 1893, and caused the loss of a considerable amount of archival documents.