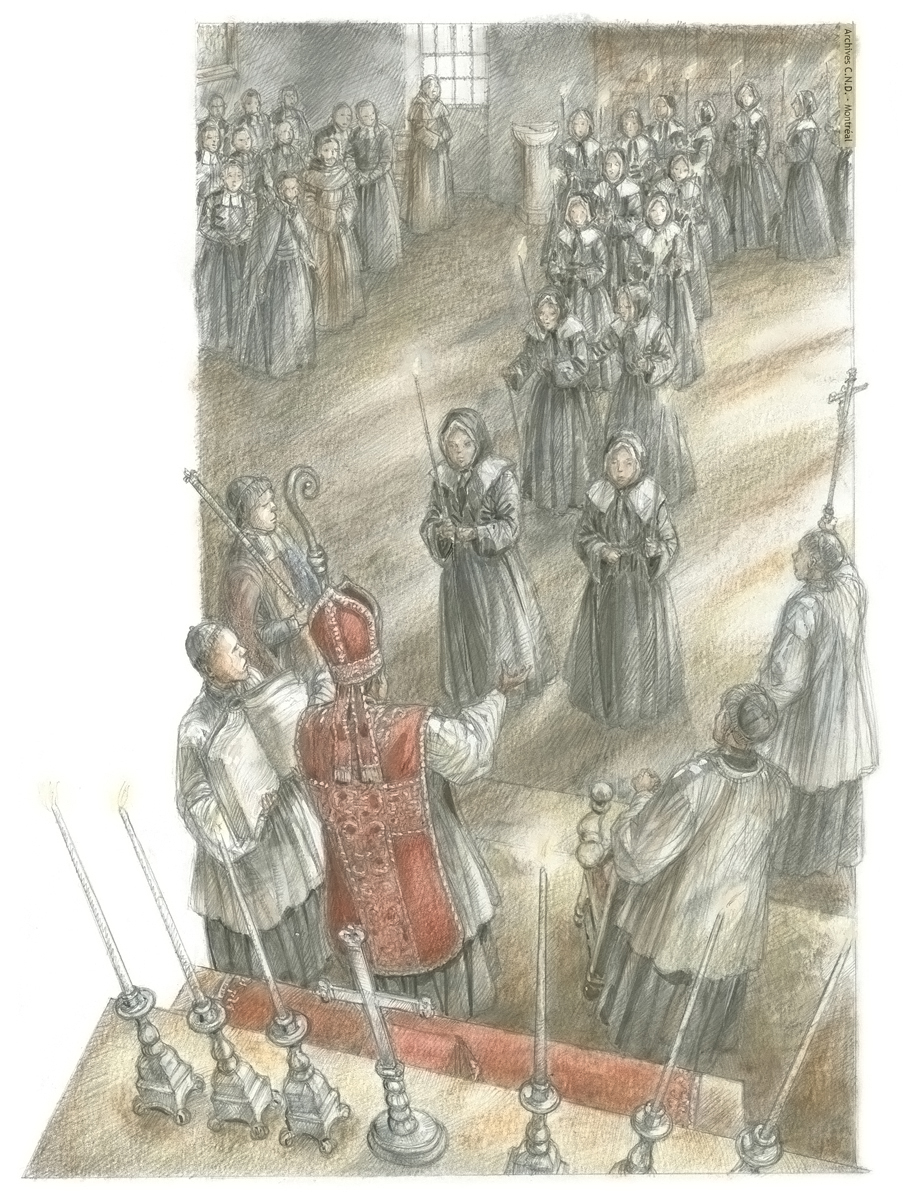 On June 25, 1698, the Sisters of the Congrégation de Notre-Dame à Montréal publicly pronounced their solemn vows. The Superior, Marie Barbier, the foundress Marguerite Bourgeoys and twenty-two other Sisters pronounced public vows of poverty, chastity, obedience, and commitment to the education of persons of their sex. The ceremony was held in the Mother House chapel in the presence of Bishop de Saint-Vallier; several Sulpicians and prelates were also present. Initially written by Marguerite Bourgeoys, the Rule was rewritten by Bishop de Saint-Vallier and incorporated many elements from the rules of cloistered communities. They were thus incompatible with the life of a congregation whose mission was to teach throughout the colonys vast territory. The search for a compromise lasted four years and the result was that the Sisters of the Congrégation de Notre-Dame would not be cloistered!