History of the True Portrait of Marguerite Bourgeoys: interview with Sister Danielle Dubois 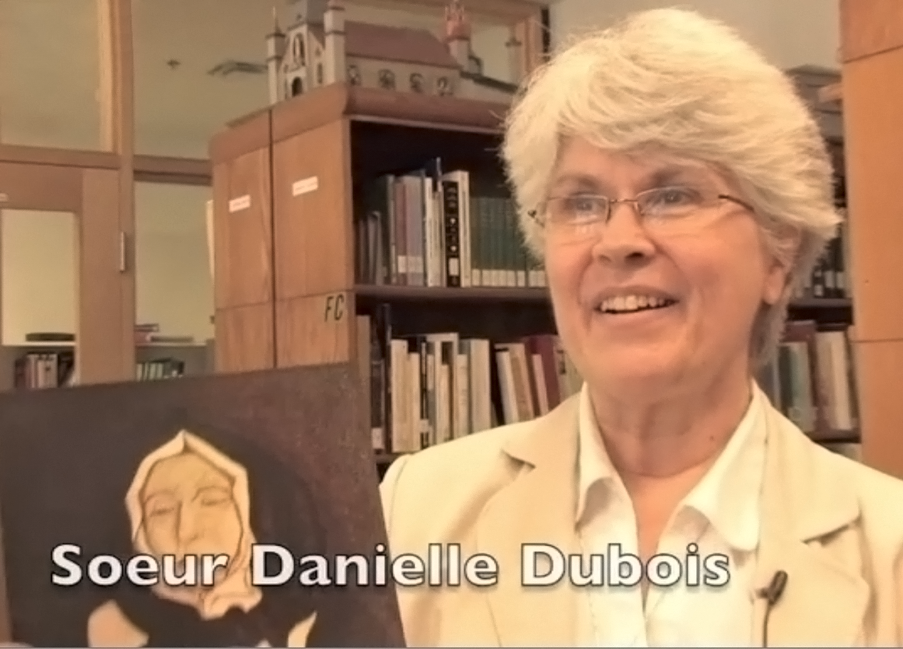 Sister Danielle Dubois presents the painting entitled the True Portrait of Marguerite Bourgeoys, a painting that is very important to the Congrégation de Notre-Dame. This portrait was painted by Pierre Le Ber, brother of the recluse Jeanne Le Ber. The day after Marguerite Bourgeoys died, the artist was commissioned to paint her face. The painting is serious and sober; it is an accurate depiction of the woman of prayer, action and courage that Mother Bourgeoys was. Through its artistic beauty, Le Bers painting evokes the Pieta dAvignon.

In the 1960s, it was discovered that the portrait was no longer the one painted in 1700. Over the years, it had been modified, superimposing a new representation of Marguerite Bourgeoys with touch ups which gave the image a more Romanesque appearance. Specialists notified the Congregation that it was no longer the original painting.

It was then that the Congregation turned to the restorer Edward Korany in New York to confirm this hypothesis and, if possible, restore the original Le Ber work. Sister Mary Eileen Scott oversaw this project for the Congregation. Before giving Korany the go-ahead, a reproduction was made of what would later be referred to as the pseudo-Le Ber. The artist Jory Smith was entrusted with the reproduction of the second portrait. X-rays confirmed the superimposition of the two works. During the restoration, the two portraits became very distinct.

At the opening of the Marguerite-Bourgeoys Museum in 1998, the true portrait was to be one of the key exhibits. An oratory was even going to be set up for this work that had reached the status of an icon. Finally, it was decided that a room in the museum would be reserved for reflection and prayer. It was noted that visitors tend to whisper in that room.