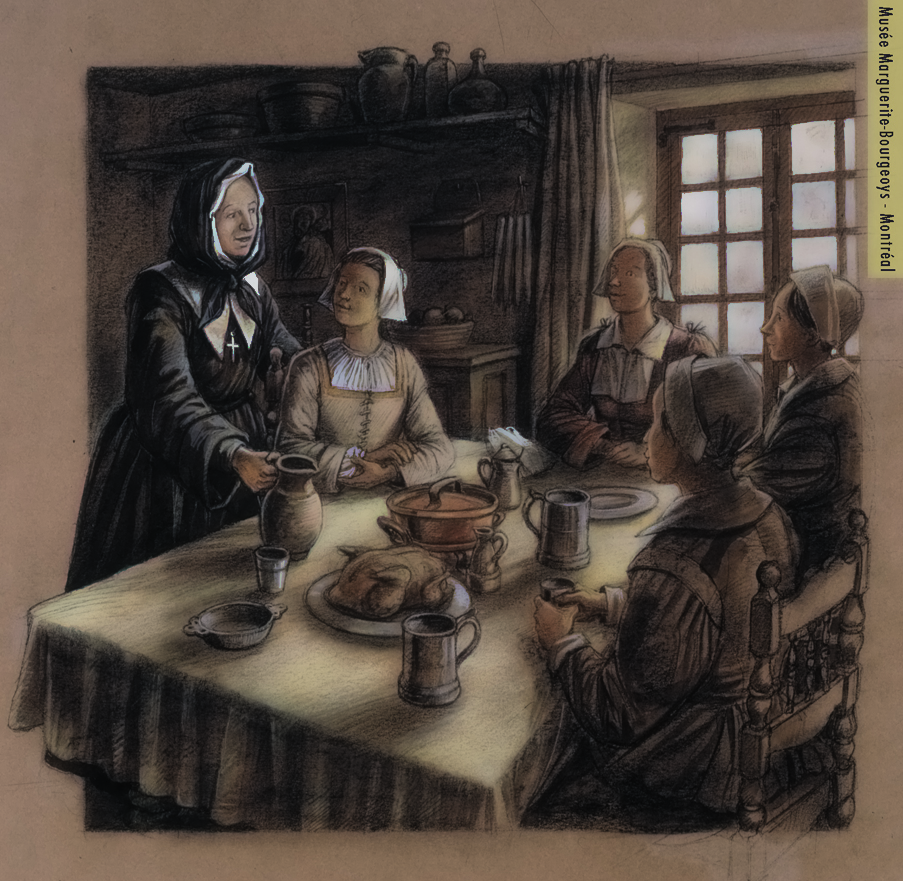 King Louis XIV, at the request of Intendent Jean Talon, sent the Filles du Roy, who, for the most part, were orphaned girls from Paris and the neighbouring provinces. They were sent in order to get married, start a family and populate New France. The royal court helped them with their transportation and their settling in the new colony. About 800 women arrived in Canada from 1663 to 1673. Marguerite Bourgeoys took charge of the ones destined for Ville-Marie (Montreal) and received them in the stable-school, Maison Charly, and at the farm in Pointe Saint-Charles, known today as Maison Saint-Gabriel. Since many of these women came from cities, they were helped to adapt to the harsh climate and to pioneering life in Canada.