Marie-Pulchérie Cormier, named sur Saint-Anaclet, was born on May 22, 1848 in Contrecur and died on November 19, 1912 in Montreal. She and three of her sisters attended the boarding school of the Congregation in Saint-Denis. She made her vows in 1870 and taught in Sainte-Anne-d'Yamachiche for five years and then in Villa Maria boarding school in Montreal. In 1891, she was named Assistant to the Superior General, and later became the Directress of General of Studies. She was Superior General from 1903 to 1912. During her term in office, she oversaw the construction of the Mother House at 3040 Sherbrooke Street. 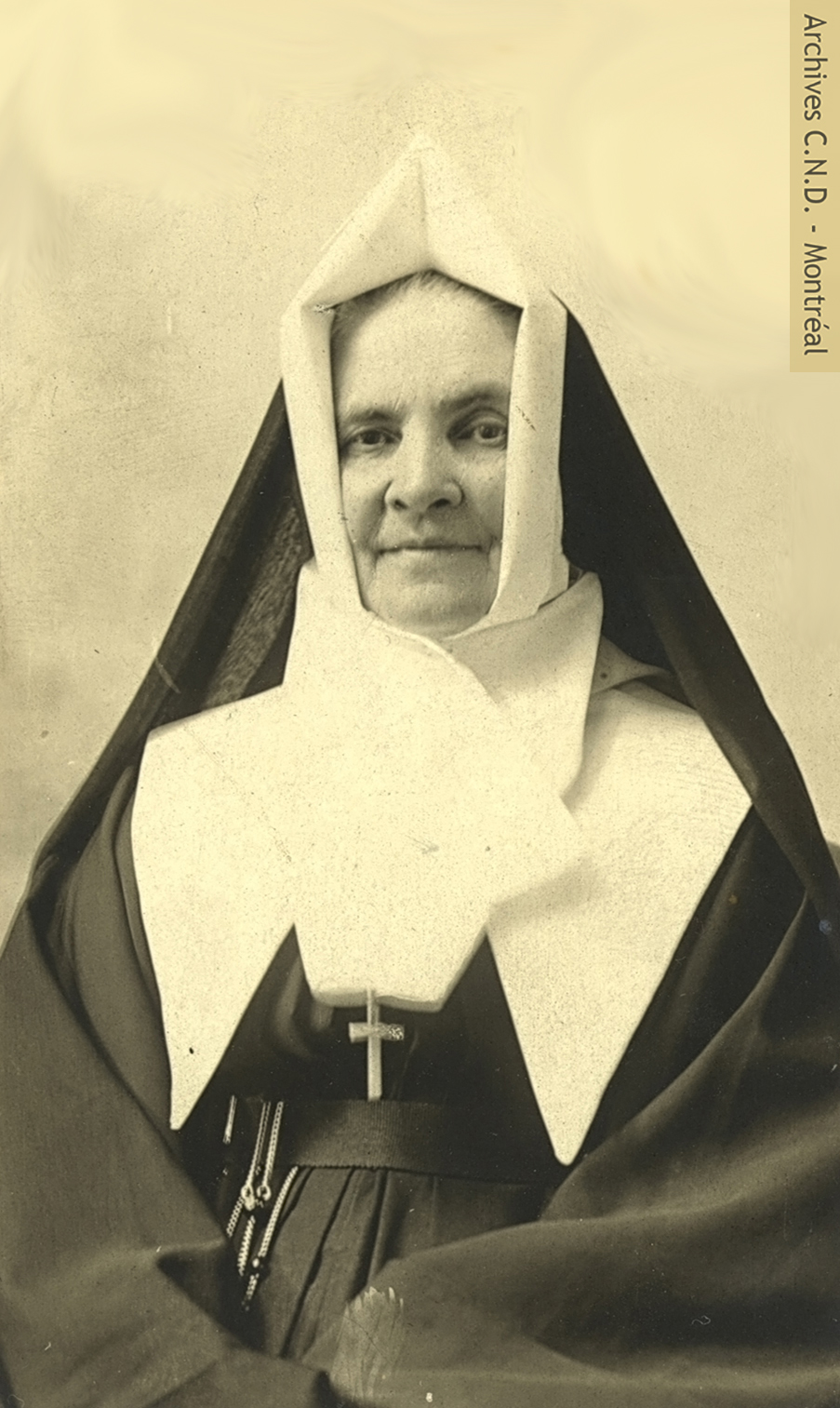