Marie-Adélaïde Pelchat, named sur Saint-Jean-Baptiste was born on January 25, 1832 in Quebec and died on April 23, 1913. She studied with the Ursulines and at the Saint-Roch Convent of the Congregation before entering the novitiate in 1851. She began teaching, became Local Superior in several institutions and occupied various administrative positions in the Congregation before becoming Superior General in 1891. During her six-year mandate, she had to deal with the complications resulting from the burning down of the Mother House on the Mountain in 1893. In 1909, she retired from the administrative functions to which she had dedicated 51 years of her life. 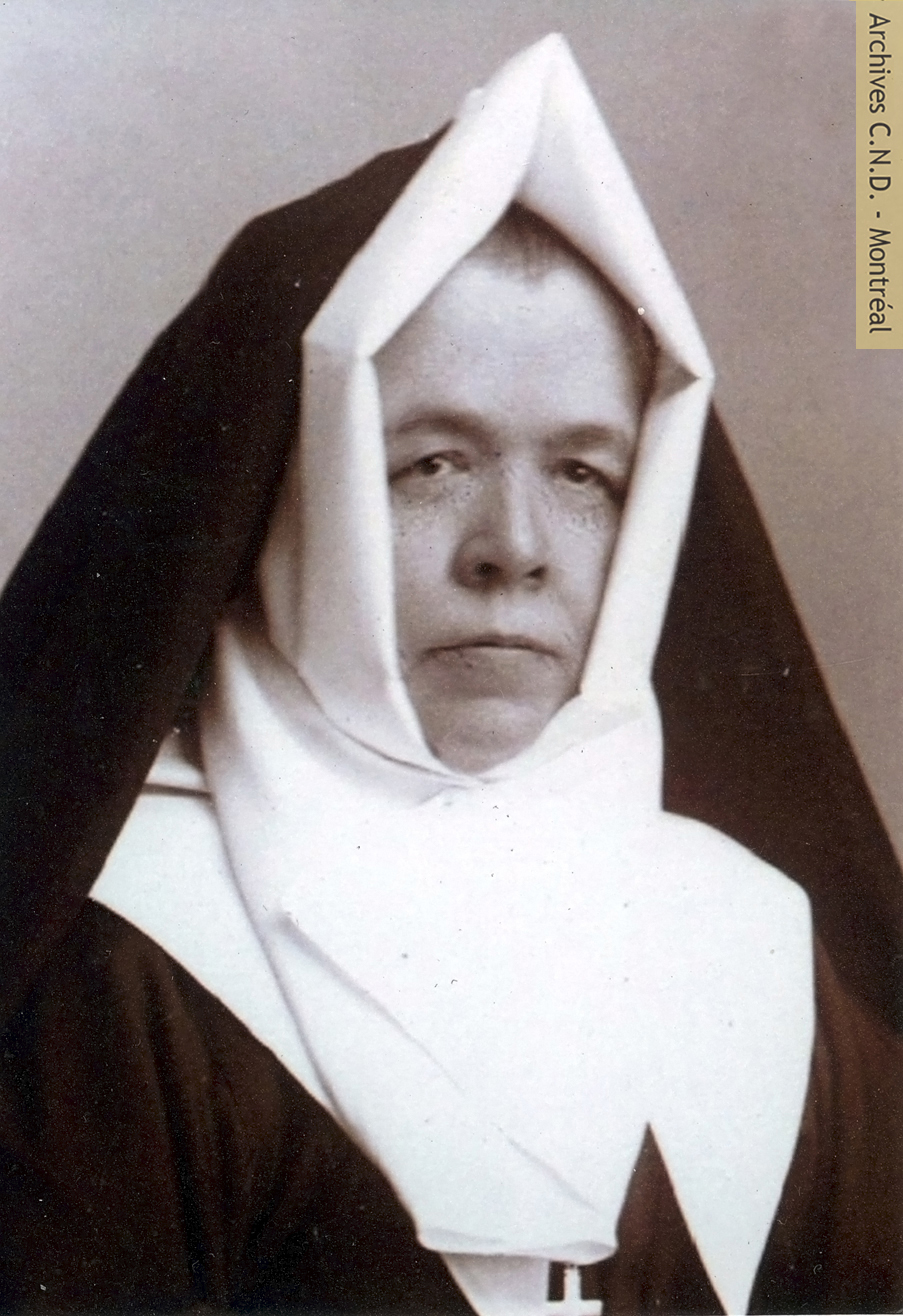