Marguerite Bourgeoys, named Marguerite du Saint-Sacrement, was born in Troyes (France) on April 17, 1620 and died in Montreal on January 12, 1700. She founded the Congrégation de Notre-Dame de Montreal. In 1640, she joined the extern congregation of the Congrégation Notre-Dame in Troyes, under the direction of Louise de Chomedey, sister of Paul de Chomedey de Maisonneuve, Governor of Ville-Marie (Montreal). In 1653, Marguerite answered the invitation of the Governor, who at that time, was looking for a teacher for his colony. In 1658, she opened a school in a stable that Maisonneuve ceded to her. In that same year, she travelled back to France in search of recruits to help her in her teaching ministry. She returned with four new companions. At the same time, she was also receiving and educating the Kings Wards (Filles du Roy). Marguerite travelled again to her country of origin in 1670 and obtained civil recognition in the form of Letters Patent granted by King Louis XIV. Some years later, she opened a school for young Amerindian girls in a mountain mission established by the Sulpicians as well as a domestic science school called La Providence and a boarding school. In 1693, she was succeeded by Sister Marie Barbier as Congregation Superior. In 1698, Marguerite Bourgeoys and her companions accepted the rule given them by Bishop de Saint-Vallier and the Congrégation de Notre-Dame de Montreal was recognized as a religious community. The Sisters publicly pronounced their solemn vows. In the same year, Marguerite began writing her memoirs. She died a few months short of her 80th birthday. She was beatified on November 12, 1950 and canonized on October 31, 1982. 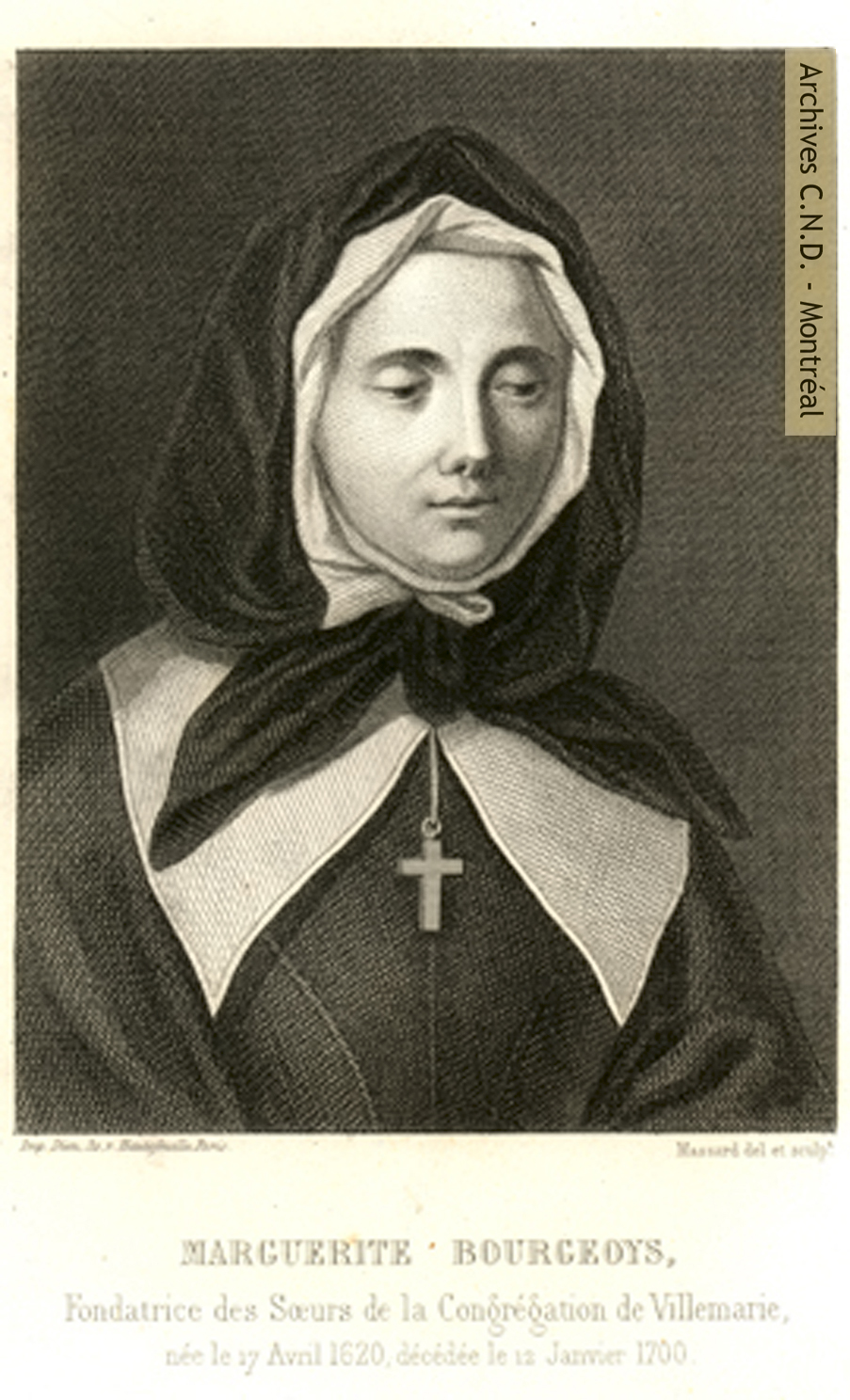 For more information, see the Dictionary of Canadian Biography Online