Léa Mandeville, named sur Saint-Ignace, was born on September 5, 1885 in Sorel and died on August 22, 1977. She attended the convent school of the Congregation in Sorel, entered the novitiate in 1907, pronounced her vows on May 4, 1909 and began teaching at the des Cèdres Convent. In 1924, she was appointed Local Superior, then Provincial Superior before being elected Assistant to the Superior General in 1938. She became Superior General in 1940. Many schools opened during her term in office, but the number of requests for new schools exceeded the number of Sisters available. In 1950, during her administration, the beatification of Marguerite Bourgeoys took place. After her term ended in 1952, she continued to occupy positions of authority at different levels until 1963. 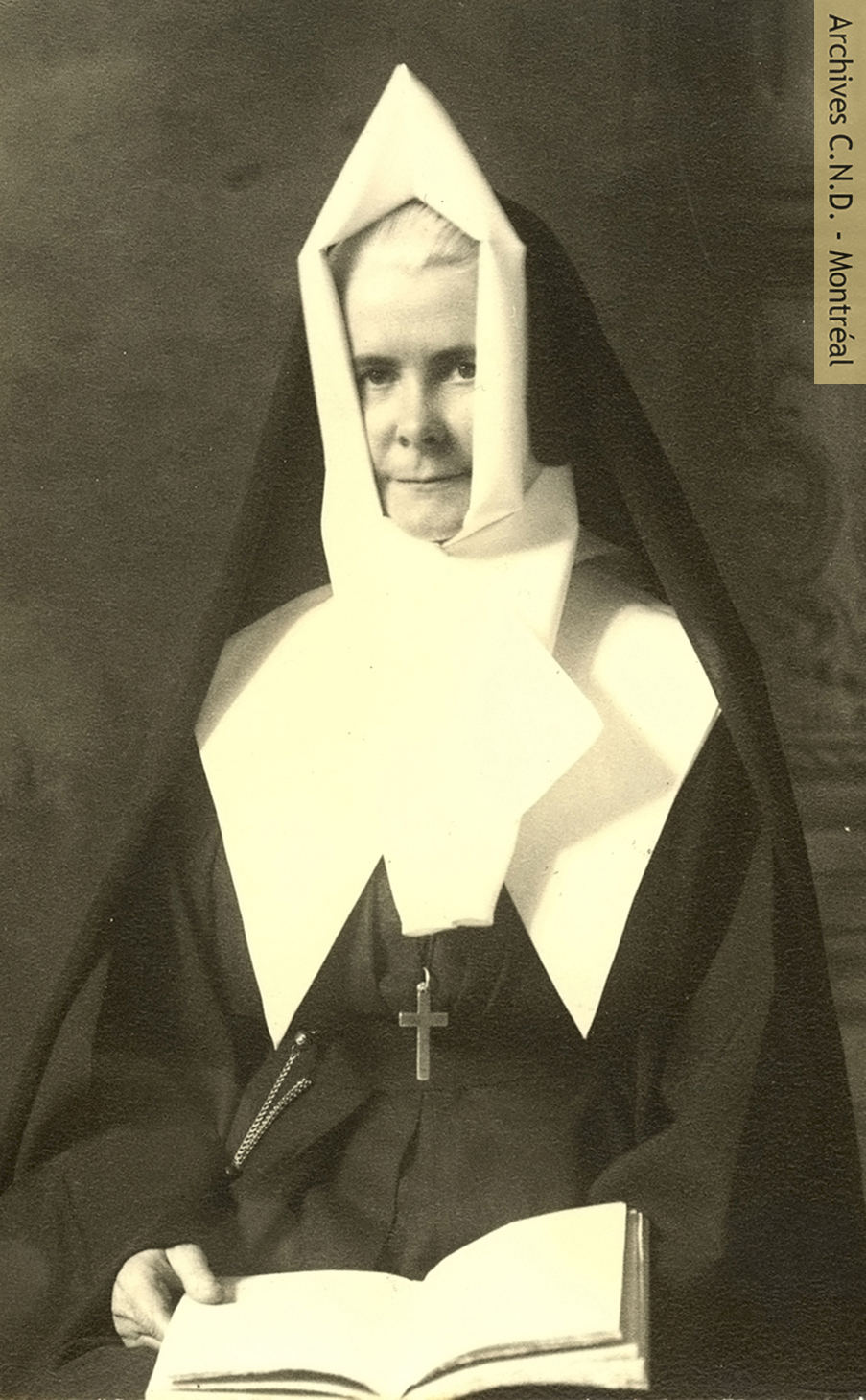