Jeanne Brûlé, named sur Sainte-Marie-Consolatrice was born December 23, 1900 in Sherbrooke and died June 14, 1966 in Montreal. She was home schooled until she was 8 years old and then continued her education at the Académie Sainte-Marie and at the Mont Notre-Dame boarding school. At the end of her studies, she returned to her family for three years before requesting admittance to the Congregation. She pronounced her vows in 1923, taught in Victoriaville and in other institutions. In 1941, she was named Directress of the domestic science school in Saint-Pascal, affiliated with the Université Laval, before becoming Local Superior when the school was transferred in Quebec City in 1947. She was first elected Provincial Superior and then became Superior General from 1952 to 1964; it was during her term in office, in 1962, that the Congregation founded a mission in Latin America. She was also President of the Canadian Religious Conference (CRC). 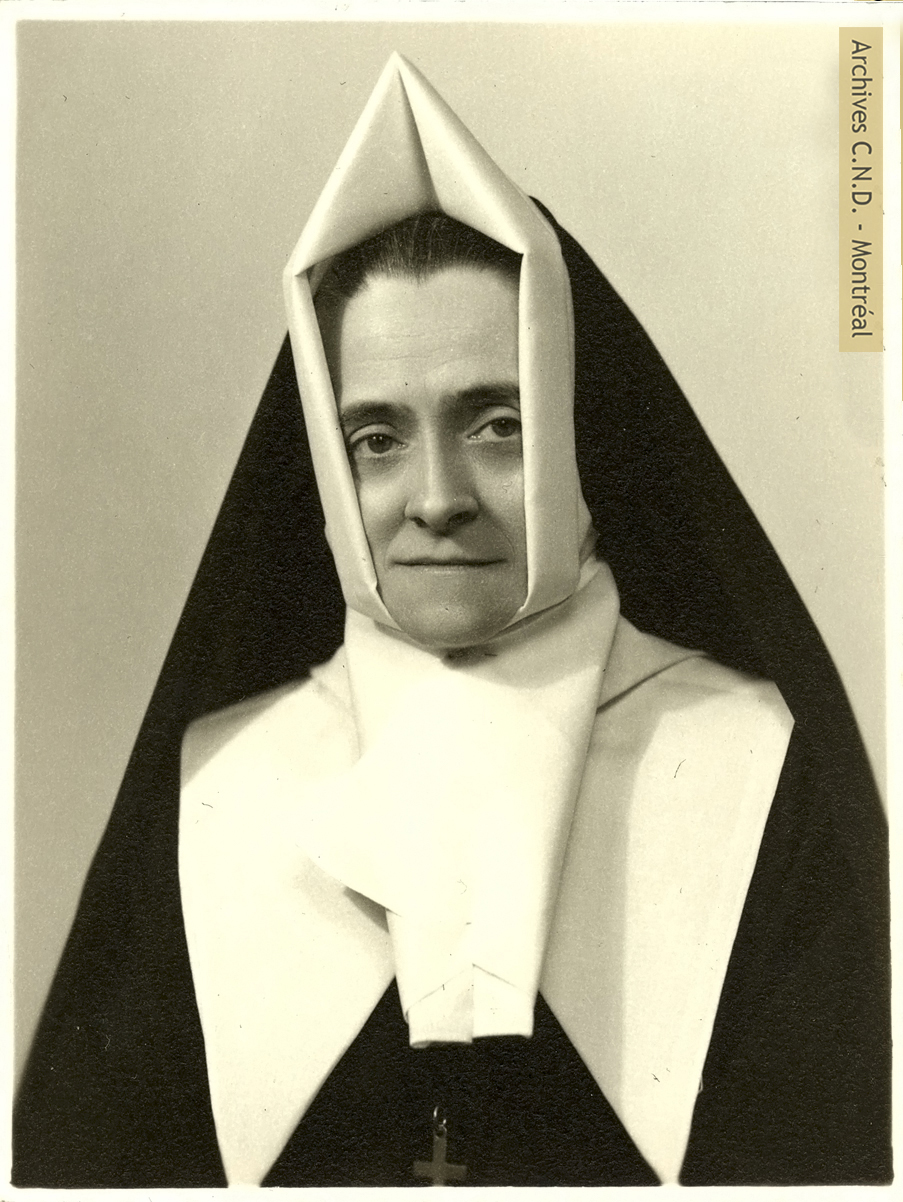