Villanova School was established in 1920 as a branch school of Holy Redeemer Convent in the Whitney Pier District in Sydney, Nova Scotia. It was named Subway School when it was first completed, but took the name Villanova School in 1925. The founding sisters, Sister Sainte-Geneviève (Lucy Ann Doyle) and Sister Saint-Thomas-à-Kempis (Margaret Chisholm), received some two hundred grade 1 and 2 boys and girls, most of whom had just immigrated to Canada and only spoke English. The following year, two lay teachers joined the teaching staff; there were two hundred twenty-nine students. In 1933, a grade 3 class for girls and, five years later, one for boys were opened.

In 1948, the Sydney School Board built four additional classes and a third sister joined the teaching staff. At that time, Villanova School numbered three hundred fifty students from grade 1 to grade 4. Girls and boys who were promoted to grade 5 were transferred to Holy Redeemer Convent and Holy Redeemer Boys School, respectively. In 1959, because the school was overcrowded, the direction reorganized the classes; many students attended half-days of school. As a result, four classes of twenty-five students and two sisters were transferred to a new school, Elmwood School, built by the School Commission. Annually, the students took part in the Cape Breton Festival of Music, Drama and Song and won several prizes. In 1961, grade 5 classes were opened and were taught by the sisters. At the beginning of the 1964 school year, Villanova School temporarily received students from the new Jamieson School which was not yet fully completed. In February 1965, sixty-five students were transferred to their new classes. In 1966, two sisters of the Congrégation de Notre-Dame were still teachers in Villanova School. 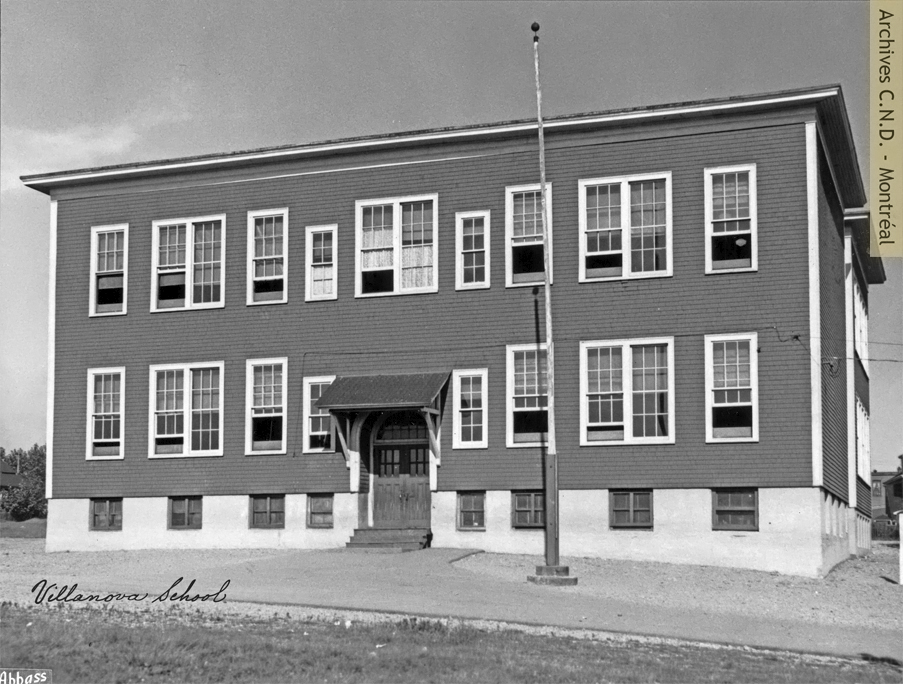