In 1880, the Sisters of the Congrégation de Notre-Dame arrived in Pictou, Nova Scotia to establish a convent at the request of Father Ronald Macdonald. Sister Saint-Maurice (Frances Collins) was named Superior. She was accompanied by Sisters Saint-Joseph-de-Jésus (Marie-Sophie Powell), Sainte-Lucille (Aurélie McMullin) and Sainte-Eulalie-de-Mérida (Herculine Fredette). The school opened on September 27, 1880 when the four Sisters began teaching different subjects to a class of 43 students. On November 2 of the same year, Father Macdonald donated the convent to the Congrégation de Notre-Dame. In 1883, registration increased and a second class for girls was opened. A decision was made to open a class for boys from 5 to 11 years of age to be taught by the Sisters. In 1916, the Sisters added typing and shorthand to their programme.

During the 1930’s registration dropped as a result of to the economic depression. However, in 1941, demand increased so rapidly that the girls in grades 9 and 10 were sent to The Pictou Academy, the town’s public school. In 1955, a new school, Macdonald School, was built, which freed up space at the convent. Other students were also transferred there and three Sisters from Stella Maris now taught at this school. In 1966, the 7th and 8th grade students were transferred to Macdonald School and, in 1970, Stella Maris Convent ceased being a school and became a residence for the Sisters in the area. Stella Maris Residence housed the Provincialate from 1994 to 2001. With the merger of the English-language Provinces, the Provincialate was moved to Dartmouth. On July 1, 2003, Stella Maris Residence became Stella Maris House of Hospitality staffed by three Sisters of the Congregation. On September 5, 2009, after 129 years, the Sisters of the Congrégation de Notre-Dame left Stella Maris and the town of Pictou. 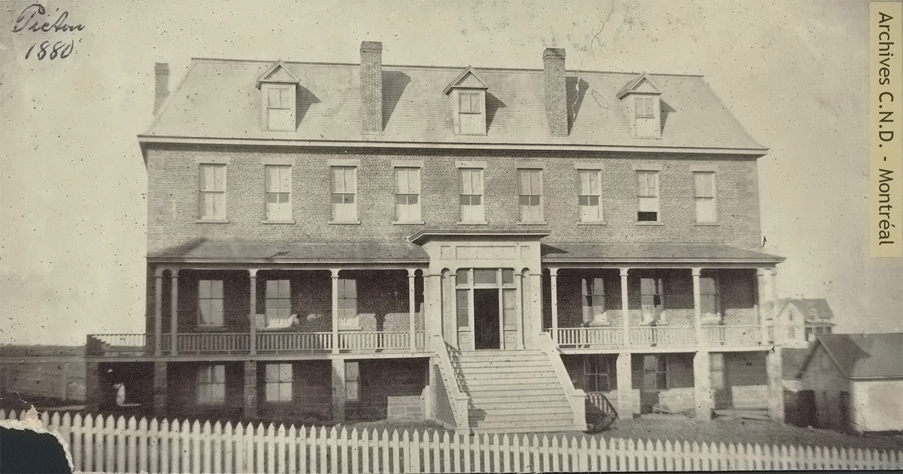