Sheriff Junior High School was established in 1959 to receive a large number of high school students from different schools in Sydney, Nova Scotia. The new building on Sheriff Avenue opened on January 3. Of the twelve classes which comprised the school, one was from Holy Angels Convent, three from Sacred Heart School and eight from Saint Joseph School. There were also students who were from Saint Anthony Daniel School. The school personnel was made up of a director, a lay teacher and four teaching sisters. At the beginning of the school year, Sister Sainte-Elizabeth-de-la-Trinité (Mary Elizabeth Helen Hilda Gallivan) of Holy Angels Convent, Sister Sainte-Yvonne-de-Notre-Dame (Mary Yvonne Sears) of Sacred Heart School, Sister Sainte-Anne-Louise (Coline Gertrude Campbell) and Sister Sainte-Elizabeth-Anne (Elizabeth Moroney) of Saint Joseph School arrived with their respective classes. The four hundred eighteen students also benefited from a science laboratory and a library. The teaching sisters lived in Holy Angels Convent. In 1959, students took part in ice hockey and skating championships. At the beginning of the 1960 school year, the school had an additional grade 6 class from Constantine School. That same year, a bowling league was organized by the students. 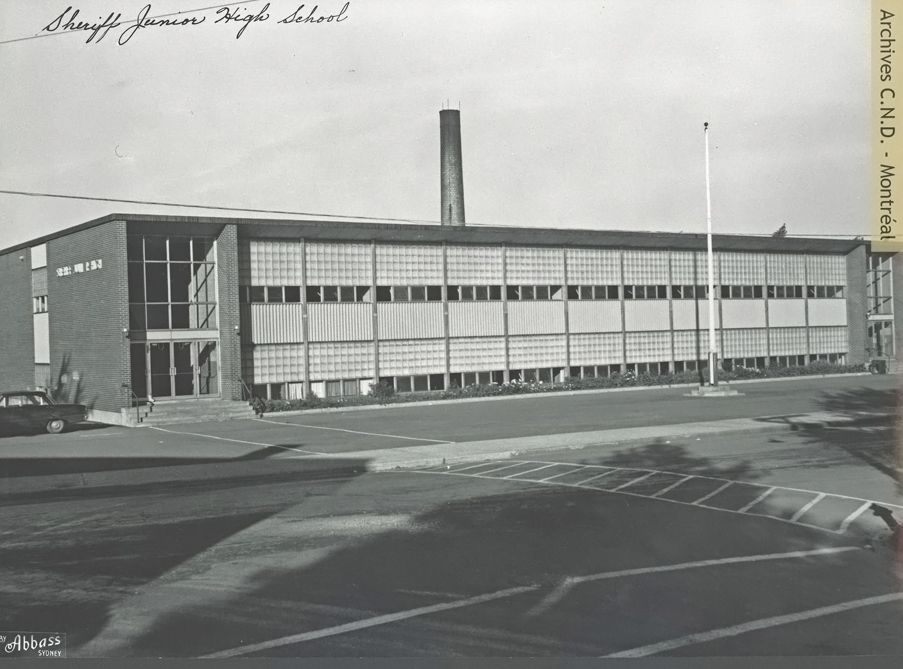