Saint Mary Convent was founded in 1890 in Providence, Rhode Island, U.S.A when Father J. Sullivan, pastor, asked that the Congrégation de Notre-Dame open a school in the same building the Ursulines had occupied when they taught the boys and girls at Saint Mary. The Ursulines had been obliged to leave because the number of Sisters was insufficient to fulfill their ministries. The Congregation accepted the mission and Sister Sainte-Cécile (Mary Ann Lawlor) was named Superior. Sisters Sainte-Paule (Ellen Mary Lane), Saint-Nérée (Marie-Octavie Bernier), Sainte-Marie-Élisabeth (Mary Ann McQuaid), Saint-Alban (Eliza Lawlor) and Saint-Edwin (Mary McInnis) accompanied her for the opening on September 8, 1890. Most of the furniture required for the convent was provided by the Bathurst Residence which had closed in 1889. Two hundred and fifty girls were registered to which were added three classes of boys younger than twelve years old. The boys’ classes, in a building adjacent to the school, were taught by lay teachers who lived in the convent. They taught under the supervision and guidance of the Sisters of the Congregation.

In 1903, Saint Mary Parish began building a new and bigger school on Bainbridge Street which received seven hundred children in January 1904. Three Brothers of the Christian Schools were responsible for teaching the boys. In 1918, an outbreak of Spanish flu plagued Saint Mary Convent where more than half the Sisters caught the illness. In July 1938, the school moved to a new building on Westminster Street. The Sisters however still lived in the Bainbridge Street Convent. The following year, the Sisters of the Congrégation de Notre-Dame replaced the Christain Brothers and once again taught the boys from Grade 5 to Grade 8. Some years later, more than eight hundred students were registered at Saint Mary School. In July 1978, the Sisters of the Congrégation de Notre-Dame moved out of the Convent on Bainbridge Street because the maintenance costs for the building were too high for the parish. Eight Sisters moved to a residence on Meader Street where they lived until 1991. 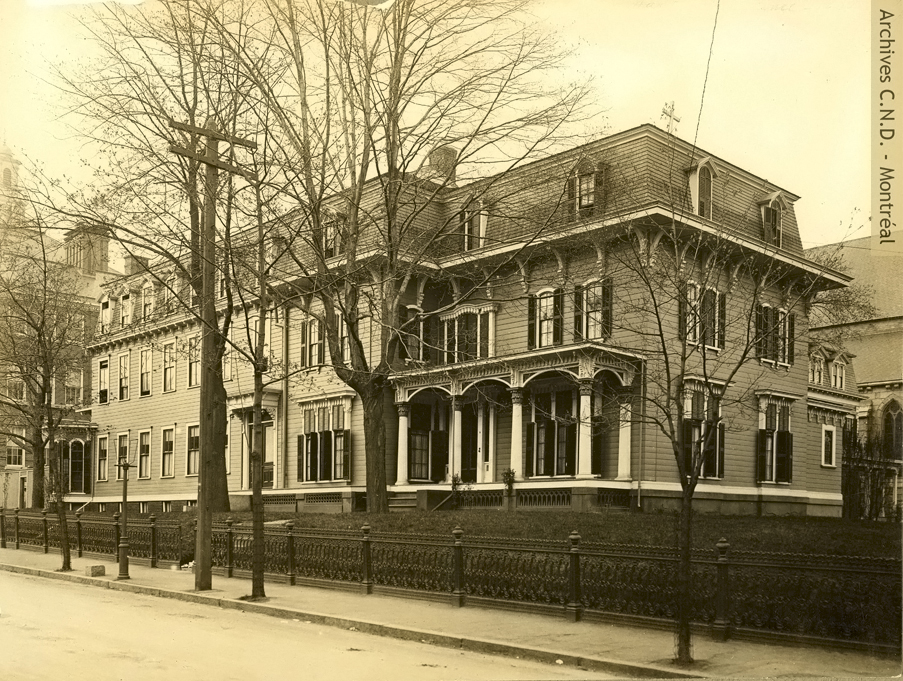