In 1863, Notre-Dame Convent, founded by the Congrégation de Notre-Dame six years prior and located in the eastern part of the city, was the only Catholic school in Charlottetown, Prince Edward Island. The newly appointed Bishop Peter McIntyre, asked the Sisters of the Congregation to teach the children in the western part. Sisters Sainte-Eulalie (Marie-Héloïse Bélanger) and Sainte-Mathilde (Anna Murphy) were temporarily sent to teach in the church’s sacristy. Bishop McIntyre purchased a piece of land on Pownal Street. One of the houses on the property was renovated to become Saint Joseph Convent, which opened its doors on September 29, 1863. That same year an event took place that marked the history of Saint Joseph Convent and its neighbouring parishes. Saint Andrew’s Chapel, built in 1805 and the first Roman Catholic Church on Prince Edward Island, was moved from Saint Andrew to Charlottetown. However, this was not an easy undertaking. Because the ice was too thin to allow for the safe transport of the chapel, it was decided that, with the help of the parishioners it would be moved across fields over a distance of thirty miles (about fifty kilometers). Unfortunately, because of the muddy terrain, the chapel sunk so deep that it could not be dislodged. Finally, two-hundred men with about one-hundred horses, succeeded in pulling the building out of the soft ground! The chapel arrived at its final destination at Pownal Street. It was a three-storey building, two of which were occupied by the convent school and one was reserved for Saint Andrew’s Hall, a gathering place for parishioners. Sisters Sainte-Marie-Alfred (Marie-Luce Beaubien) and Saint Eliza (Mary Ann Deane) were the first to teach over one hundred students at Saint Joseph Convent. Since the school was not big enough for the Sisters’ living quarters, they had to travel morning and night to and from Notre-Dame Convent. In 1871, a house adjacent to the school was built for them. In 1885, a new wing was built on the left side of the school, on Kent Street. It included five classrooms, one of which was a music room equipped with several pianos. Also, Saint Andrew’s Chapel was reserved for the sole use of the Sisters.

In 1916, responsibility for the school was transferred to the School Commission. It was renamed Rochford Square School. The Sisters received compensation for teaching about four hundred students. Around 1928, the Roman Catholic Episcopal Corporation built a second wing on the right side of the school. It included an auditorium and eight new classrooms. In 1951, the “Brown House” on the corner of Pownal and Grafton Streets was renovated to house a library, a laboratory and a large teaching hall. In 1958 the school had its highest number of students: 686 from Grades 1 to 11. On June 22, 1963, the centennial of the convent of the Congregation was celebrated.Rochford Square School ceased being an educational establishment in 1975. The Sisters were guided to other schools of the city and founded two residences, one on Beasley Avenue and another one on Edinburgh Drive. 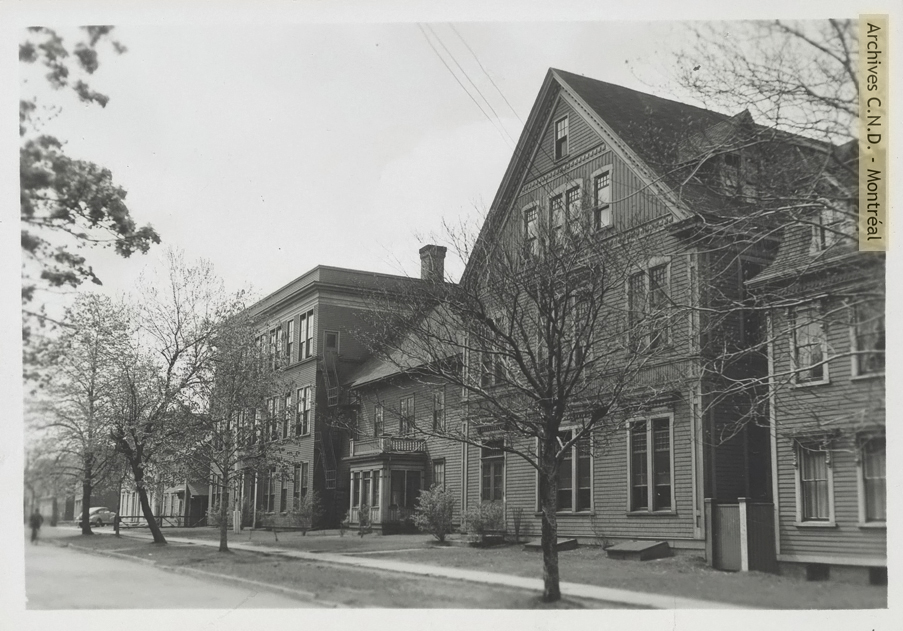