In 1887, Father Kenneth McDonald, pastor of the parish in Mabou, Nova Scotia, approached the Congrégation de Notre-Dame and expressed the desire that his parish have a Catholic School like the academy the sisters founded in Port Hood. Even though the establishment of such an institution was frowned upon by the town’s Protestant population, Father McDonald convinced the General Council of the Congregation to send sisters to teach at Saint Joseph Convent, a school he built and furnished at his own expense. In this context, in September of the same year, Sister Sainte-Béatrice (Mary Catherine Purcell), founding superior, and Sister Sainte-Suzanne (Marie Sophie Hicks) arrived in Mabou and moved into the convent which opened its doors on November 9. At that time, Saint Joseph Convent had two classes for girls and one for boys, for which a lay teacher was responsible. It had only twenty-nine students, of which eight were boarders. However, as early as 1888, many children from neighbouring towns registered at the convent, which was quickly gaining in popularity. The subjects that were taught were quite diverse; the students learned art, music, domestic science, agriculture and Gaelic culture. Also, in the school’s first years, several Saint Joseph Convent graduates chose to enter religious life.

From 1898, Protestant students were also admitted to the school. At the parents’ request, a Grade 12 class was added in 1928. In 1947, because of the building’s lack of space, the business classes had to be transferred to Cameron House, located on the convent property. The school numbered eighteen teaching sisters and more than four hundred fifty students. A new convent was therefore built in 1950 and its inauguration was held on October 28, 1952. The size of this new building allowed regional events to take place, for example, folk music concerts, agricultural meetings and award ceremonies. On June 14, 1954, an Institut familial (Domestic sciences school) was created. Because of the closure of many schools in the neighbouring rural villages, it was decided that a high school be built in Mabou. This establishment replaced Saint Joseph Convent which was demolished in 1964. A new building was built on the property of the future school which would serve as a boarding house for the students and as a residence for the sisters. This building was named Saint Joseph Convent while the school was named Mabou Consolidated School.

The sisters of the Congrégation de Notre-Dame continued to administer both the school and the convent until 1966 when a lay person replaced the superior as school director. The sisters stayed at the convent where they received boarders until September 1979. Most of them taught at Mabou Consolidated School as well as at other primary schools in the region. They also administered Saint Joseph Renewal Centre, in addition to creating support groups for the sick and for people in need. They established literacy programmes and organized activities for the high school students, who they continued to teach until 1994. Sisters of the Congrégation de Notre-Dame still reside in Saint Joseph Convent. 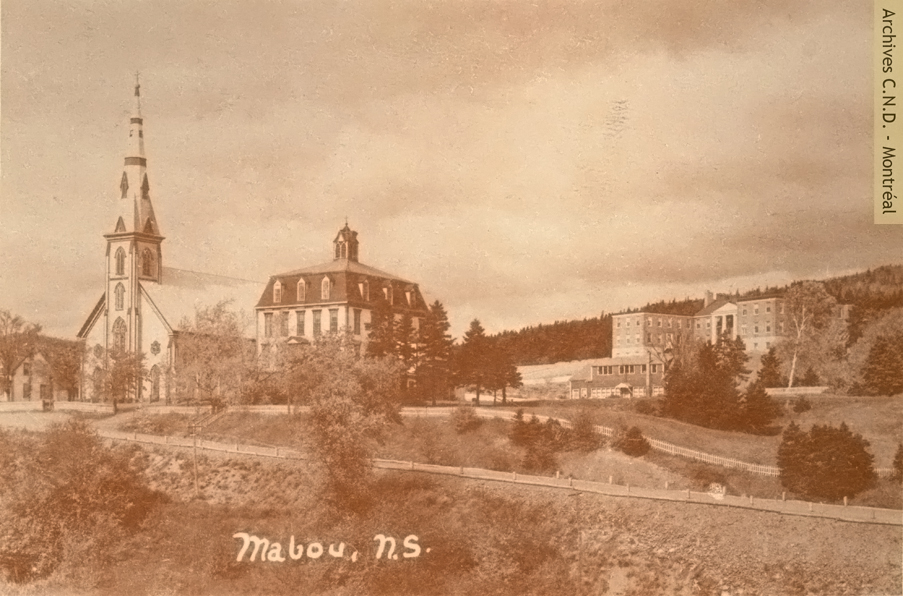