Saint Edward School has been in existence for over a century. Its history began in 1886 when the pastor of the parish, Father Stanton, ordered the construction of the convent and the school. His successor, Father Towhey, completed the project and placed the school under the direction of the School Commission. This initiative was led by Bishop James Vincent Cleary of Kingston, who began the process so that of the Congregation of Notre Dame sisters would come to teach in the Catholic town of Westport. Indeed, from the beginning, the school and convent were intended for them. On September 23, 1886, three sisters arrived in Westport by steam-ship. They were: Sister Sainte-Françoise (Ann Rourk), the superior, Sister Saint-Alexandre-de-Sébaste (Henriette Testu) and Sister Saint-Lambert (Mary Christine Conroy). They lived in the convent where they also welcomed boarders. When Saint Edward School opened, it received eighty-five boys and girls from grades 1 to 9. Over time, the needs of the students increased so that by 1890 a grade 10 class was gradually added to the curriculum. As was customary at the time, the sisters taught the girls while lay teachers taught the boys.

However, in 1903, a ruling by the Department of Education stipulated that classes should hence forth be co-ed. The General Council of the Congrégation de Notre-Dame was reluctant to withdraw the sisters from Westport because of this change. Finally, they remained and continued to teach at the school. They also oversaw various religious organizations in which students participated such as The Guardian Angels, The Child Jesus, The Children of Mary and The Aspirants. The school truly enjoyed a very good reputation. In a short time, not only was the school frequented by the children of Westport, but also by those of the neighbouring towns such as Elgin, Bedford and Stanleyville. In 1916, grades 11 and 12 classes were added. This explains why, in 1917, the school was enlarged to accommodate additional classes. In August 1930, Saint Edward Alumnae Association held its first meeting for its former students. These meetings were held annually and bore witness to the changes which took place in the school. In 1940, a grade 13 class was added. The year 1970 was a turning point: The old high school building was abandoned and a new elementary school was built. The new school was still active in 2015 although the sisters remained only until 1986. 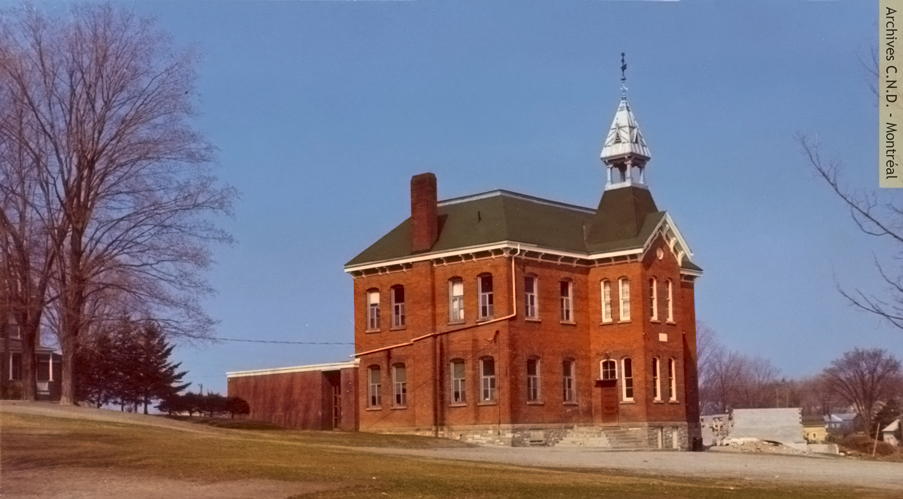