On August 1, 1938 the Sisters of the Congrégation de Notre-Dame arrived in Iona on Cape Breton Island, Nova Scotia, a town founded at the beginning of the 19th century. A number of the Sisters on mission there taught at Iona Federated High School, which, until their arrival was under secularadministration. They resided in the MacNeil sisters’ house. After the death of her sister, Catherine MacNeil offered her home to the Sisters of the Congregation in exchange for their consent to her occupying one room until her death which occurred twenty-six years later. The mission, like the parish, was named Saint Columba after an Irish missionary and evangelist who, from the island of Iona, reintroduced Christianity in Scotland in 563. This mission in Iona was under the direction of Sister Sainte-Walburge (Mary Jessie Catherine Campbell) who was assisted by Sisters Sainte-Marie-du-Rédempteur (Jessie McDonald), Saint-Jean-Miriam (Catherine Ann Kennedy) and Saint-Armand (Marie-Alice-Eugénie Gingras). To attend classes, students travelled up to thirty miles (fifty kilometers) on buses, trains or even taxis. The Sisters and lay teachers offered primary and high school education as well as courses in literature, science, piano and ukulele, Scottish dancing, arts and crafts, sewing, physical education and gardening. The Sisters who did not teach at the school fulfilled their apostolate of education by providing religious education to the Micmac children of Nyanza, a mission attached to Iona. Their mission also included providing home care for the elderly and religious education in the parish. In November 1938, a Way of the Cross was built.

In 1949, a new wing was added to Saint Columba Convent and with this began the construction of a new primary school. The building, completed in September 1950, included large classrooms, a cafeteria and a library. The Sisters launched an annual music festival and several other musical events which were held in the church hall. They organized several student activities, such as a 4H Club, and a choir. In 1958, Iona Federated High School was closed and Rankin Memorial High School was inaugurated. Generally, the mission in Iona numbered five teaching Sisters and three who fulfilled other apostolic missions. Around the end of the 1960s, the number of teaching Sisters increased to ten. During the 1970s, staff decreased due to changes in the education system and to many retirements. From March 1977 to August 1986, Saint Columba Convent was accessible for annual community retreats. Many sisters came and made their annual retreat. In 1980, the Sisters of the convent requested that the building be known as “House of Quiet.” The intent is to provide an opening, an opportunity for deeper community spirit and solidarity through personal commitment fostered by individual experience. In the following years, many women of the parish became Associates of the Congrégation de Notre-Dame. In 1989, the Sisters turned over the administration of the school to the School Commission. From 1989 to 1998, two Sisters remained in the convent; one taught at the school while the other fulfilled her apostolic mission in the parish by teaching catechism and visiting the homebound. The convent was sold in 1999. Rankin Memorial School of the Narrows still receives the students from Iona. 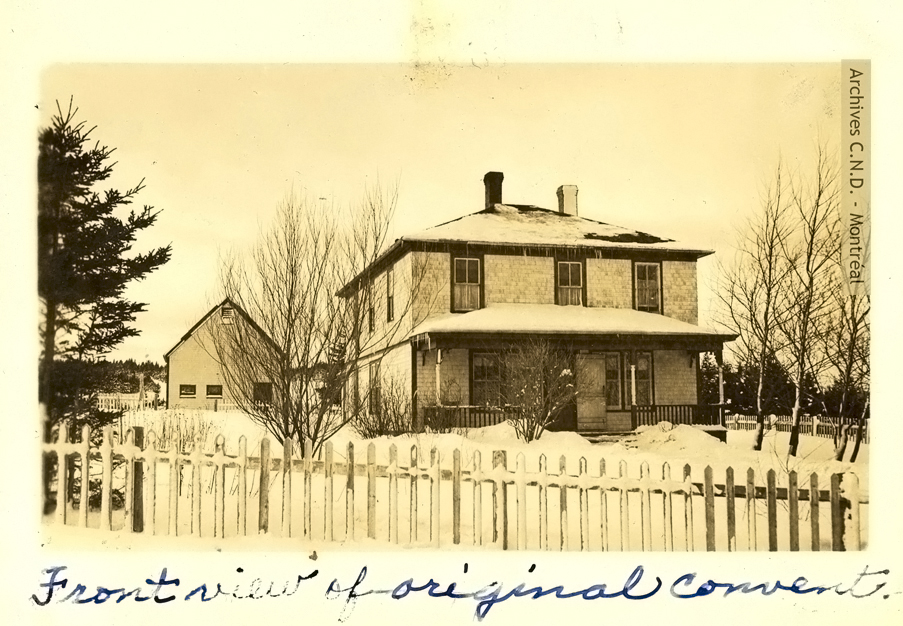