In 1876, Most Reverend Peter McIntyre, bishop of Charlottetown, decided that the parish in Rustico, Prince Edward Island should have a convent school that would provide education in French.Father Rudolphus Peter McPhee, pastor of the parish, began the construction of the convent. Its location was determined by a rumour that described the apparition of a sister of the Congrégation de Notre-Dame seen, at night, crossing a field near the church. The construction began in 1877 and was completed six years later. Father McPhee sent a request to the Superior General of the Congregation to send sisters to direct the convent school. The Superior and foundress, Sister Sainte-Anne (Marie-Odile Le Pailleur) as well as Sister Saint-Évariste (Marie-Philomène Laroche) and Sister Sainte-Clarisse (Annie Simpson) arrived in Rustico and opened the school on September 15, 1882. During the first thirty years, the school numbered only a few students: eight to ten boarders and about thirty day students. Because of a lack of financial resources, the Congregation decided to close the convent school in 1911, but the parishioners did not agree. Four times the school was on the brink of closing and each time it was rescued by the commitment of the people. It was only in 1916 that the government agreed to financially aid the Congregation by funding the school’s three classes. In that same year, the admission of boys in the school increased the number of day students.

On the night of February 10, 1932, a fire completely destroyed the convent school, but some kitchen utensils, groceries and three pianos were rescued from the flames. However, the fire did nothing to diminish the sister’s desire to continue teaching. On February 15, classes were held either in the home of Mr. Théodorice Doucet or in the town’s parish hall. A new convent school was built in the same location and the sisters moved in on December 23 of that same year. During the 1950s the school had a little over one hundred students and classes up to Grade 11. The sisters worked to preserve the French language in the region: the students presented short historical sketches in French; published a newsletter entitled “Le Lis”; participated in and won a contest sponsored by Société Saint-Thomas-d’Aquin, the organization which represented the Acadian and French communities of Prince Edward Island. By 1959, the convent no longer received boarders. The Saint-Augustin District built a new school in 1962 and the convent, owned by the parish, was sold to the Congrégation de Notre-Dame. It was transformed into a summer house called “Marymead” and served as the sisters’ vacation spot until 1973, when the convent was closed. After having had many owners, the building was finally bought by the Diocese of Charlottetown in 1977 and became a spiritual retreat centre. 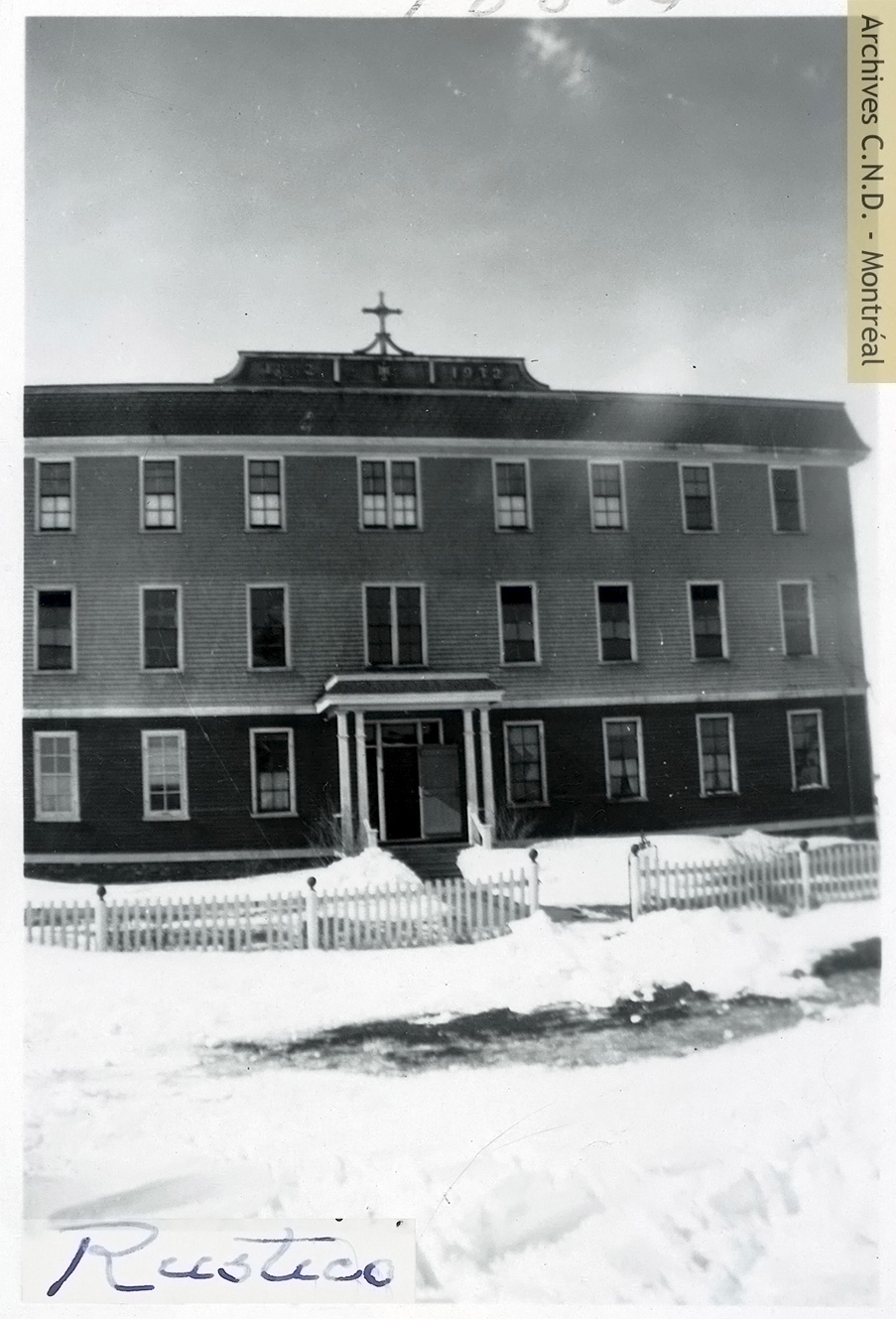