In 1866, Bishop Peter McIntyre of Charlottetown wanted the Sisters of the Congregation to come to the village of Tignish. He foresaw building a convent on land adjacent to the church. It would take two years to build. In 1868, three Sisters were sent by the Congrégation de Notre-Dame to provide education to this Prince Edward Island village. The three founding Sisters who arrived on October 6 were Sister Sainte-Marie-Antoinette (Marie Joséphine Dugas Laflèche), Sister Saint-Joseph-de-Nazareth (Mary Ann Cullen) and Sister Saint-Adélard (Marie Saint-James known as Beauvais). Classes began on October 15 for three boarders and 14 day students. The students were divided into two classes: one French and one English. On February 21, 1869, Father Angus MacDonald blessed the residence and the chapel which were placed under the protection of Our Lady of the Angels. In 1892, the school had thirty-four boarders and sixty-nine day students.

On August 30, 1896, a fire destroyed over sixty buildings in the village of Tignish. The convent, however, was spared and was used as a refuge for the families, victims of the fire. In May 1922, the convent-school came under the direction of the government and the school became public. Given that the convent’s structure threatened to collapse, important renovations were undertaken during the 1931-1932 school year. In 1934, a second school opened in Tignish: Dalton School. It was a school for boys under the direction of the Sisters of the Congregation. In the 1950s, a high school was established in the town. This resulted in a decrease in the number of students in the convent. However, it remained opened until 1966, at which time it became a residence for the Sisters. They remained active in education, in the different schools and became involved at the community level. In 1991, it was judged that the residence was too expensive to maintain and was put on sale. It was purchased in 1993 by the Tignish Initiatives Corporation and was converted into the Heritage Inn. The Sisters moved to a new residence located on Christopher Cross Street where they remained until its sale in 2003, marking the end of the mission. 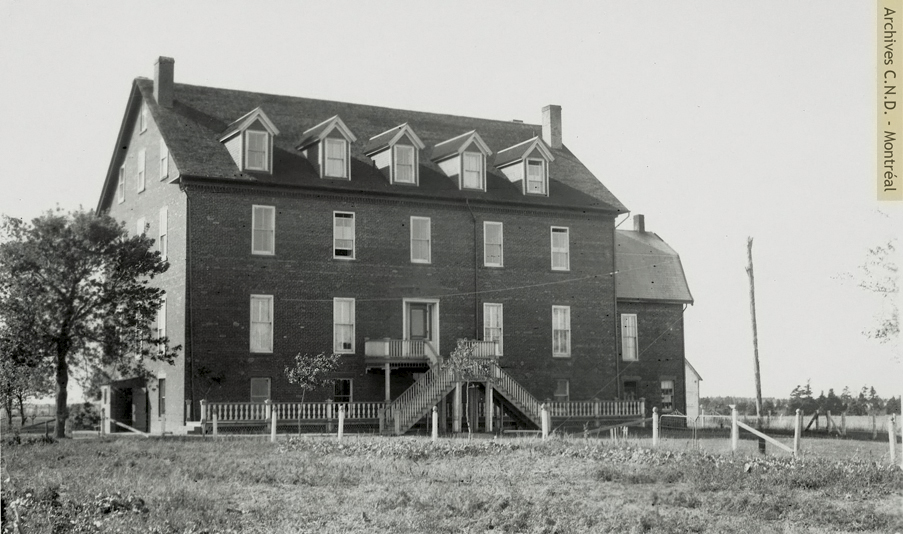