In January 1965, the École secondaire Notre-Dame opened its doors on Heron Road on the new French-language campus comprised of three buildings in the Alta Vista district, across from the English-language Campanile campus. One building housed the private École secondaire Notre-Dame which welcomed French-language students in Grade 11 and Grade 12 from the Congregation’s first campus in Ottawa, which, from the beginning, was on Gloucester Street. The building on Baycrest Drive, which included a chapel, became the Sisters’ residence. These buildings were built by the Congregation. The third building, housed an Ottawa Separate School Board school for Grade 9 and Grade 10 students. The following September, other high-school classes from the Gloucester Street campus were transferred to this campus. Following the adoption, in 1968, of Bill 140 regarding the establishment of public French-language schools in Ontario, the Collegiate Institute Board of Ottawa (CIBO) rented a number of classrooms, thus creating one of the Province’s first French high-schools to be publicly funded. In 1970, the building housing the École secondaire Notre-Dame was sold to the Ottawa Roman Catholic Separate School Board. The following fall, the Congregation’s students continued their studies in the shared space of the Canterbury English-language high-school. In 1972 the French-language classes were integrated into the newly constructed Charlebois High-School. The Sisters’ residence, however, maintained its same function for a few more years. In 1974, it received the offices of the Congregation’s Holy Angels Provincialate and most of the English-speaking Sisters who had resided in the Campanile campus. 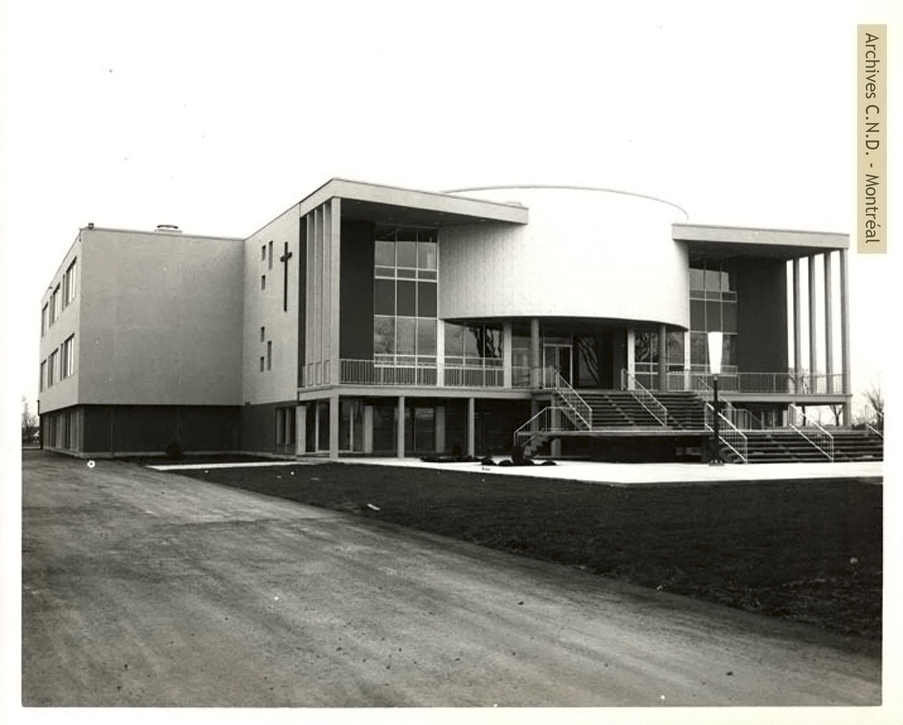