In September 1956, the community purchased land at 595-603 Shimoishihara in Chofu. Five years later, in January 1961, permission was granted by the government to open a kindergarten on the property. Its first principal was Sister Saint-Jean-de-la-Lande (Adéline Langlois). The kindergarten, established as a branch of Sakura no Seibo Gakuin School Corporation, welcomed its first children on April 8, 1961. While the enrollment quota was one hundred and twenty, there is no record of how many children attended at that time. By the 1970s, the quota had increased to two hundred and forty. In 1986, the former kindergarten was replaced by a new two-story building of reinforced concrete.

The principals of the kindergarten are as follows:

A gathering for kindergarten graduates

This program, begun in 1970, replaced the Sunday School, which had been part of the initial Chofu Convent. In the beginning the sisters, including the candidates in formation, carried out the program. However, since Sister Yamaguchi’s time as principal, it has been offered one Saturday a month by the kindergarten teachers.

There is no record of when English education began. However, according to our records from 2002, the teachers always have been of English origin.

Since 2005, as a special after-school program, gymnastics and soccer have been offered twice a month.

In 2012, Margarita Kindergarten celebrated its fiftieth anniversary in Chofu Convent with a Mass of thanksgiving and a celebratory meal. It continues to welcome three, four, and five year-olds in large numbers every year. 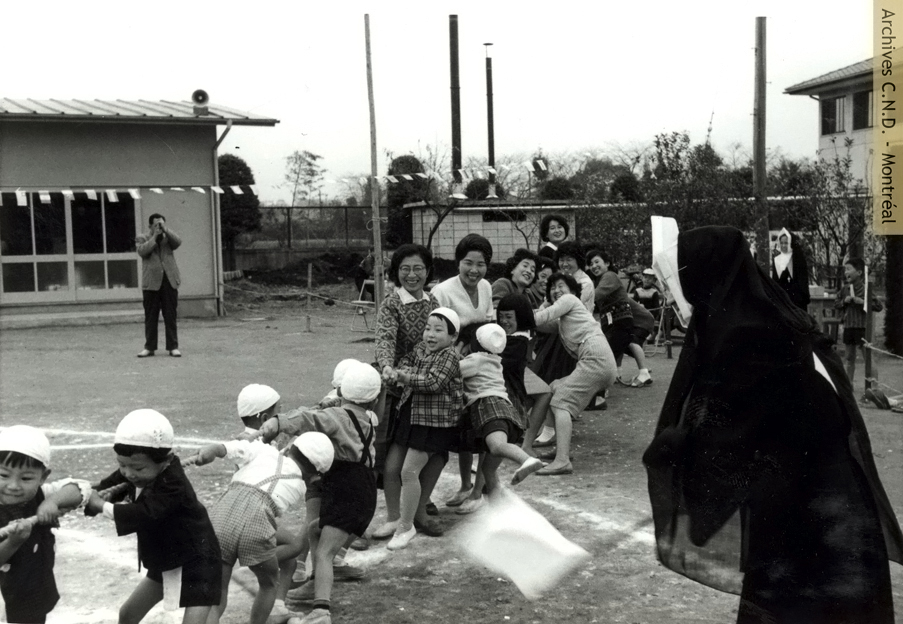