In 1969, Oblate Father Raynald Couture wrote a letter to several religious communities conveying the urgency to provide education at the Forest Post of the Canadian International Paper Company in Clova, Abitibi-East. The teaching assignment of the lay teachers of École Sainte-Thérèse was coming to an end. The Sisters of the Congrégation de Notre-Dame decided to accept the invitation and five Sisters arrived the following summer: the Superior, Sister Claire Tardif and Sisters Pierrette Picard, Marie-Paule Michaud, Jeannine Baillargeon and Marie-Paule Collin. Their residence was in the school. In the absence of a priest, the Community obtained an indult which allowed the Superior to distribute communion to the Sisters and to the people of the area. Classes began in September with sixty-seven girls and boys from Grade 1 to Secondary 2. The students were Whites, Metis and Attikameks. In 1972, the Sisters organized a summer camp. In 1973, they moved to a two-story house with more amenities. One year later, in the absence of a resident priest in Clova, they moved to the Sainte-Thérèse-de-l'Enfant-Jésus Church presbytery to provide spiritual services to the residents of the area. In 1977, École Sainte-Thérèse opened a preschool and a kindergarten. The objective of this initiative was to help the native people learn French. In 1990, the Barraute-Senneterre School Board decided to close the school. The Sisters supported the residents who advocated for maintaining educational services in Clova. They continued for one year to teach voluntarily, in a small room, the children who had not been sent to the school in Senneterre, situated about one hundred fifty kilometers from the village. In the summer of 1991, the Sisters left Clova when the General Council of the Congrégation de Notre-Dame decided to close the residence. 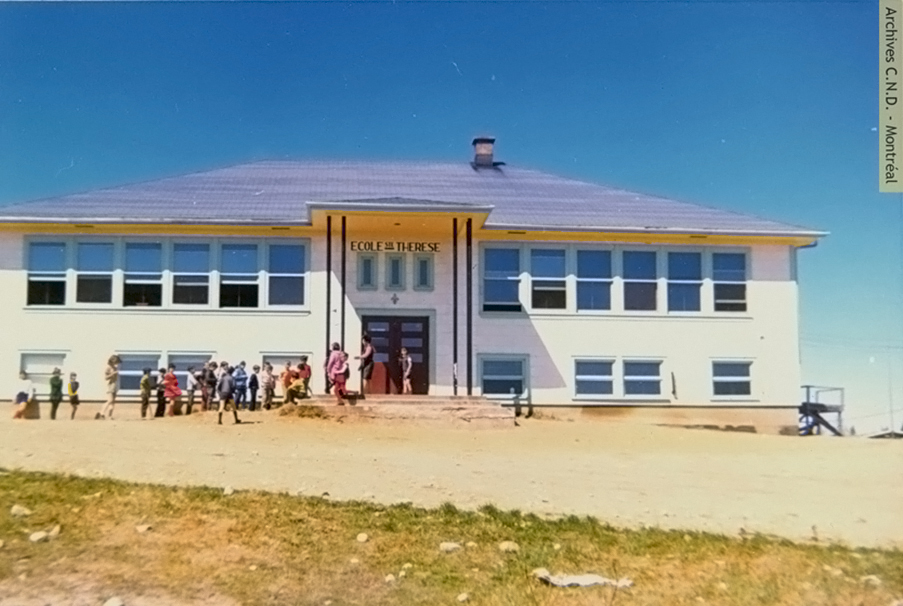