In August 1943, at the request of Bishop Georges-Arthur Melançon of the Diocese of Chicoutimi, the sisters of the Congrégation de Notre-Dame arrived in Alma. Sainte-Bernadette School, on the corner of Collars Street and Labrecque Avenue, was a branch school of Saint-Joseph Convent, also in Alma, which had been established that same year. Sister Sainte-Madeleine-de-la-Provence (Germaine Chagnon) became the first director. Education was provided by lay teachers. In September 1943, the school received eighty-three students divided into two classrooms. In 1955, the school received Grade 3 boys from Saint-Pierre Parish. After 1959, as decided by the commissioners, a laywoman was appointed director of the school. 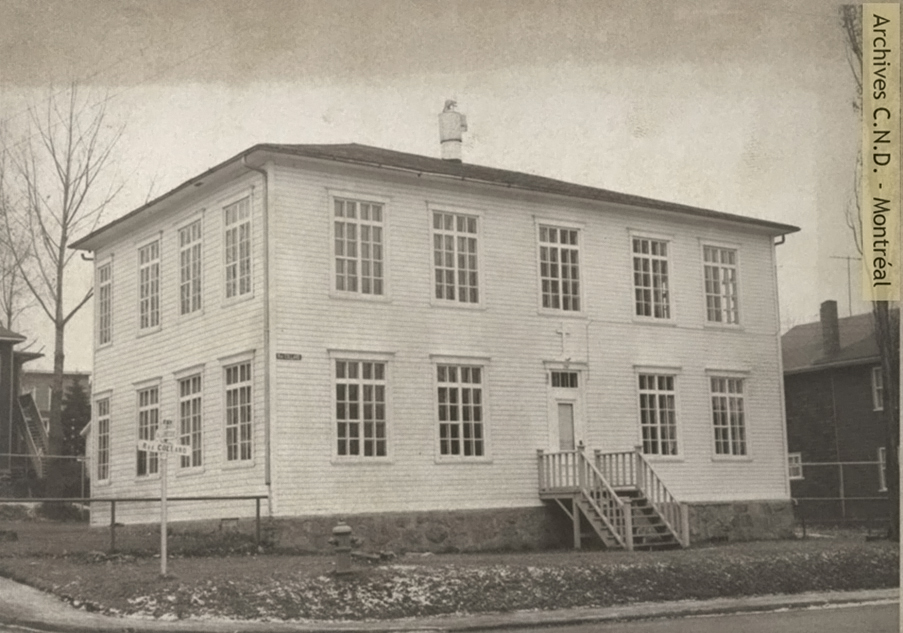