In 1956, the history of Bourgeoys-Champagnat School began with the arrival of five Congrégation de Notre-Dame sisters. They were: Sister Saint-Omer-de-Luxeuil (Gratia Gratton), the superior, Sister Sainte-Marie-de-la-Purification (Victorienne Lévesque), Sister Sainte-Marie-de-Liesse (Annette Dragon), Sister Marie-Blanche-Emma (Marie-Blanche Bouchard) and Sister Sainte-Marguerite-de-l’Immaculée-Conception (Marguerite Pierre). At the request of Father Michel Bernard, the pastor of the parish, they arrived at Saint-Vincent-de-Paul Parish in the city of Jacques-Cartier (renamed Longueuil in 1969). The city’s School Commission wished to build an elementary school for the children of the area. Persuaded by Father Bernard, the School Commission invited the sisters to teach there and promised to find accommodations for them. The lack of resources made the mission’s beginnings difficult. Indeed, finding accommodations for the sisters proved challenging. In the end, they moved into the second-floor of a five-room apartment located ten minutes away from the church. The school was housed temporarily in the parish hall next to the church. The hall was divided into four classrooms and was named Saint-Vincent-de-Paul School. For one year, the sisters remained there, until the actual school was completed. In May 1957, the School Commission named it Bourgeoys-Champagnat School.

In September 1957, six hundred girls and boys from grade 1 to grade 11 filled the classrooms. The sisters were obliged to leave their apartment, which had been rented for only twelve months. They did not know, until the last minute, where they were going to live during the new school year. The School Commission, unable to provide accommodations, rented a few rooms for them in the new school while their permanent residence was being built. In 1958, the building located next to the school at 2179 Daniel Avenue was completed. Finally, the sisters were able to live more comfortably which they enjoyed until 1970, when they had to move once again. Because of the increase in the number of students, the School Commission decided to use the sisters’ residence for classrooms. This time, the sisters moved into a house a few streets away from the school. This was their last rented dwelling. In 1978, they moved into the Longueuil residence on Labelle Street. During all the years at Bourgeoys-Champagnat School, the Congrégation de Notre-Dame sisters, with lay teachers, taught the regular curriculum from kindergarten to grade 11 and business courses in grades 10 and 11. They also organized religious activities for the students, such as, Croisillons, Croisées, Jeunesse des écoles catholiques, Cadettes, Union mariale, the Dominiques, and Service missionnaire des jeunes, which published a missionary newsletter entitled, Appel. The students also were able to participate in special activities, such as a film-club and Cercle des Jeunes naturalistes. Former students gathered for yearly meetings of the Notre-Dame-de-la-Charité Alumnae Association, which was established in 1978. 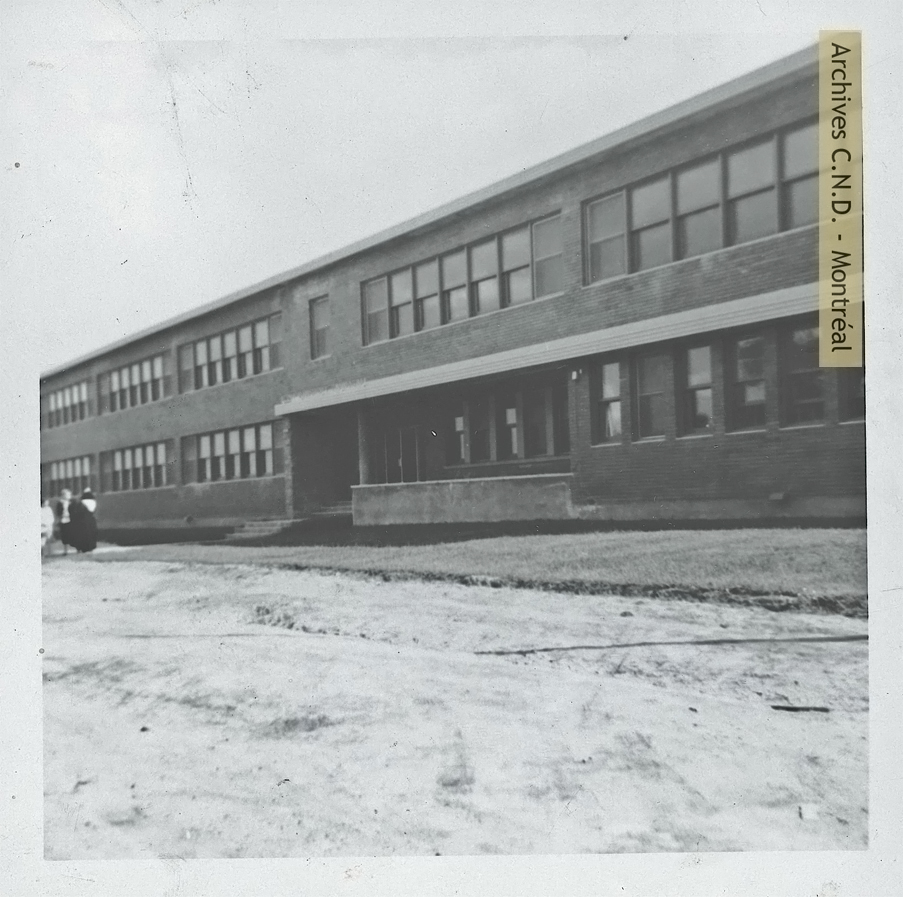