Saint Patrick’s School was an annex of Notre Dame Convent, Ottawa. At the request of Canon G. Fitzgerald of Saint Patrick’s parish and of the Ottawa Separate School Board, the Sisters of the Congregation took charge of the school for girls in 1925 or 1926. There were Sisters Sainte-Agathe-Martyre (Annie McGillis), Saint-Robert-de-Citeaux (Catherine Frances Burks), Saint-Bénédicte (Winnifred Mary McDonald) and Sainte-Marie-Aloysia (Anna Murphy). In 1952, the Congregation also took charge of the school for boys, but the classes were taught by lay teachers. In 1953, the classes of boys and girls were merged and, until March 1954, were taught in a building which had been constructed in 1877. On that same year, 1954, the building was demolished and a new school was built in the same location. While construction was going on, classes were held in the church hall and basement. The new school opened in December 1955. The Sisters ceased administering the school in the summer of 1971. 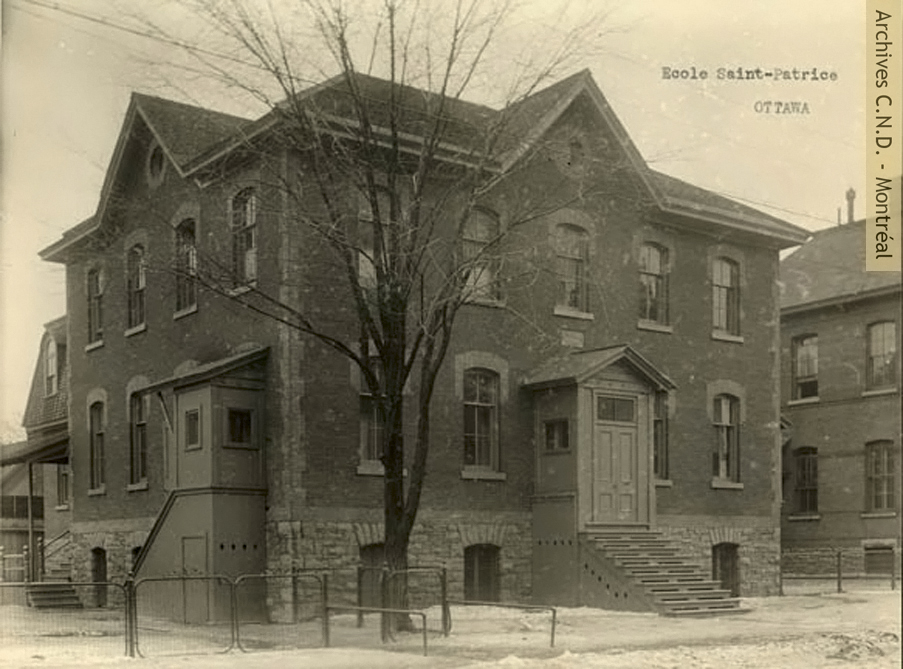