Saint-Noël-Chabanel Parish in Iberville was founded in 1950. Very quickly, the need to build a school to provide education to its children was observed. Thus, in 1952, Saint-Noël-Chabanel School was established. The project was supervised by the Department of Public Instruction. This school, administered by the Iberville School Board, had sixteen classrooms and was under the direction of two religious groups. The Marist Brothers provided education to the boys, while the Congrégation de Notre-Dame sisters were responsible for the education of the girls. The founders, the director, Sister Sainte-Marie-Fernande (Marie-Fernande Beauregard), Sister Sainte-Clotilde-de-France (Clotilde Gascon), Sister Saint-Omer-de-Luxeuil (Gratia Gratton) and Sister Sainte-Mathilde-des-Anges (Cécile Villemure) did not live on the premises and travelled every day from the boarding school in Iberville and back. The school opened on September 2, 1952 and included six classes from grade 1 to grade 7; the students numbered one hundred seventy-two girls.

In addition to the basic courses, the students attended physical education, homemaking, crafts and drawing classes. At the end of each ear, parents and friends were invited to observe the progress the young students had made in the various subjects. Moreover, the students were kept busy by religious associations: Jeunesse étudiante catholique, Croisade eucharistique and Mouvement missionnaire. They also participated in Marian activities. Between visits of the Iberville School Board, the distribution of report cards to parents and the awarding of prizes at the end of the year in June, the school years passed quickly. The school population changed and grew. Thus, from 1959, because of the lack of space, the grade 6 students were transferred to the newly expanded Notre-Dame-de-Lourdes School in Iberville. In 1959, the sisters also moved to Notre-Dame-de-Lourdes School, where the necessary space for a residence was now available. In September 1962, the boys were moved to the new Laflamme School. After only 10 years, the story linking the Congrégation de Notre-Dame sisters and Saint-Noël-Chabanel School ended. In 1963, there were only two sisters left: one was the director, the other a teacher. The rest of the staff was comprised of thirteen lay teachers. Because the General Council of the Congrégation de Notre-Dame wanted to centralise its sisters, a number of them were withdrawn from certain schools known as “branch schools.” Saint-Noël-Chabanel School was no exception; it was ceded to the lay staff in June 1963. 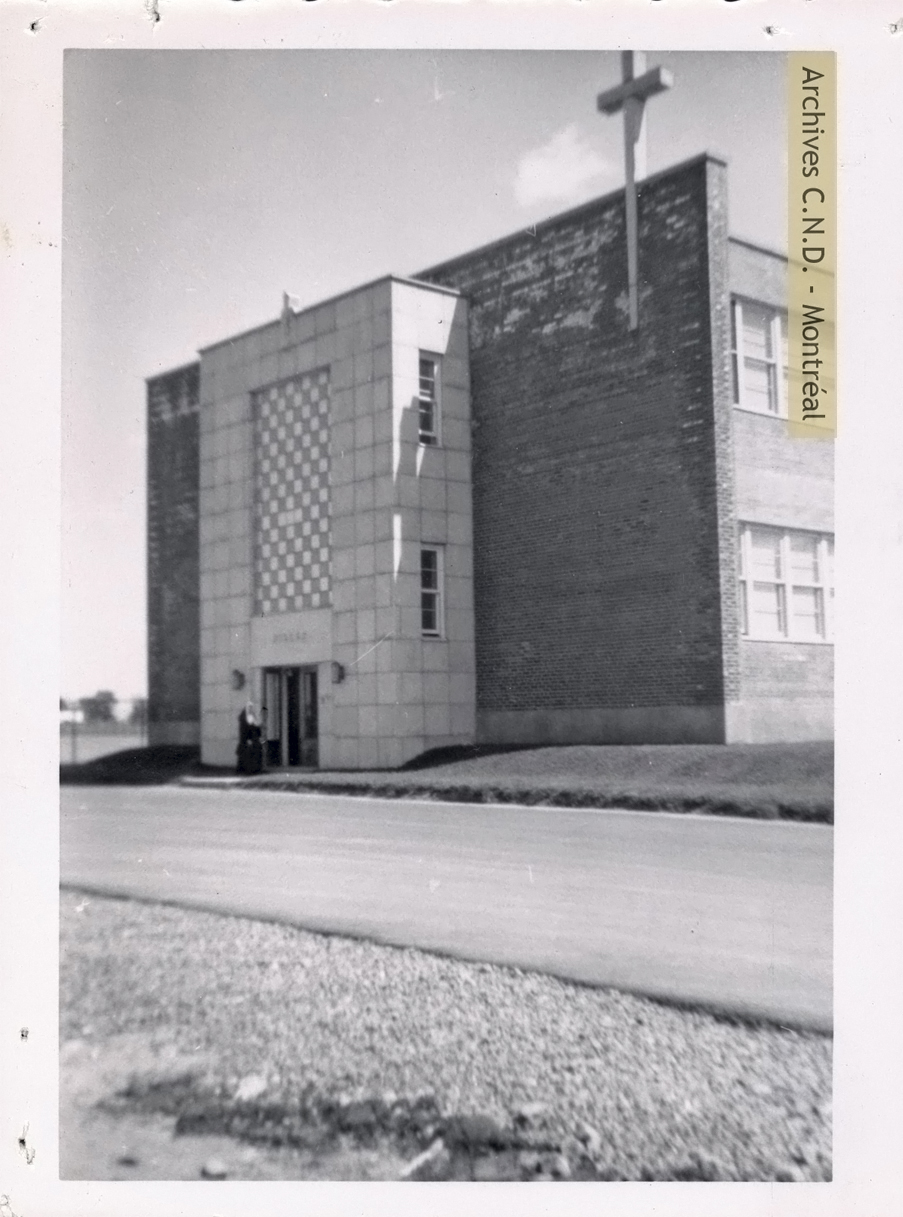