In 1897, following the foundation of Saint-Eusèbe-de-Verceil Parish in Montreal, Father Georges-Joseph Payette asked the General Council of the Congrégation de Notre-Dame to open a school for girls. On September 10, 1897, Sister Sainte-Vitaline (Marie-Delvina Thivierge) and novice Sister Sainte-Marie-de-Gonzague (Marie-Eugénie-Alexandrine Prémont), who lived in the Académie Bourgeoys, took charge of the classrooms situated on the ground floor of the chapel which served as parish church. In 1902, the school came under the authority of the Montreal Catholic School Commission. In 1903, the community provided lodging for the sisters on Fullum Street. In 1907 the sisters finally moved into a residence built by the Congregation on Fullum Street. It was situated next to the new school which had been built by the School Commission and had opened its doors that same year. Fifteen classes under the direction of twelve teaching sisters and three lay teachers opened for some five-hundred students. In the summer of 1917, the school was expanded and in September received one thousand four hundred four students, of whom two hundred and one were of foreign descent. Some years the school welcomed children of Polish and Lithuanian origin and gradually it received more and more boys.

The Cercle d'études Catherine-des-Granches and the Alumnae Association, Notre-Dame-du-Mont-Royal were created in 1934 and 1935 respectively. In 1948, the school’s Golden Jubilee was celebrated. During the summer of 1968, the sisters ceased administering the school in order to dedicate their efforts to developing a pilot project which was to create a youth centre for young working women from the ages of sixteen to twenty. The initiative was, however, abandoned in April 1969. The sisters taught at Saint-Eusèbe School until it closed in 1982. As soon as the closing was announced in 1981, the sisters started putting in place a social activities centre for seniors and the community who could occupy the former school. Thanks to the cooperation of many supporters, such as the parish council, Carrefour Saint-Eusèbe opened its doors in May 1983. The local community continued residing in the residence until the General Council decided to close it in 1999. 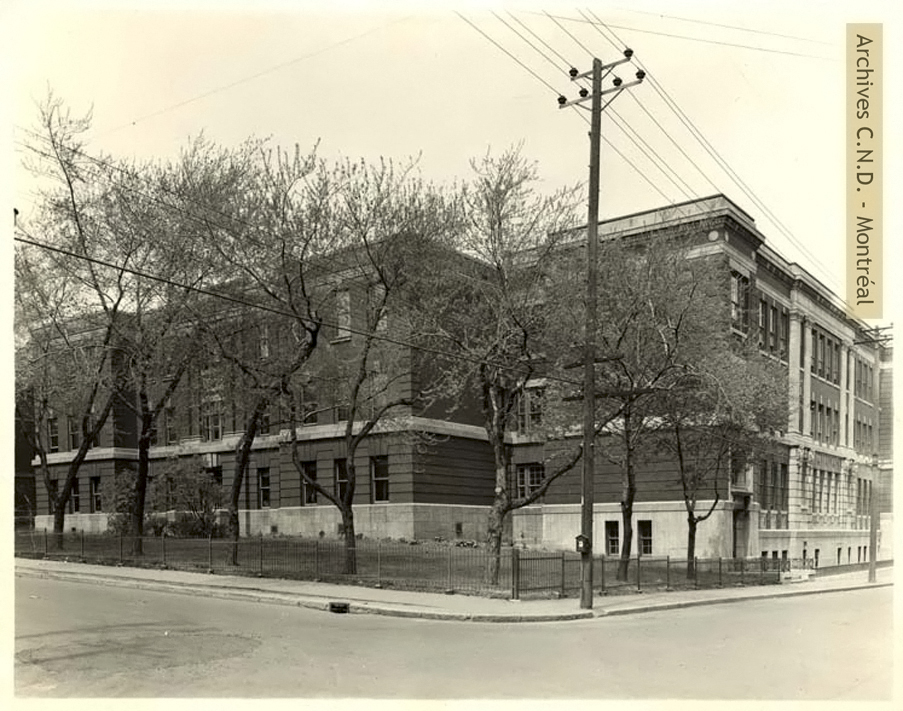