In 1952, in Joliette, the Clerics of Saint-Viator moved from Saint-Pierre School, which they had founded in 1917, to their newly constructed school. That same year, the Joliette School Commission renovated Saint-Pierre School and renamed it Marguerite-Bourgeoys School. The sisters of the Congrégation de Notre-Dame accepted to direct this school. The founding sisters were Sister Sainte-Angéline (Marie-Louise Panneton), Superior, Sister Saint-Henri-de-France (Cécile Patry) and Sister Sainte-Honorate (Hélène Garneau). Six lay teachers assisted them in providing education to two hundred sixty-eight students equally divided between boys and girls and distributed among eight Grade 1 and Grade 2 classes. The sisters resided near-by at Marie-Charlotte-de-Lanaudière School. Marguerite-Bourgeoys School also offered courses in physical education, catechism, singing and music. Grade 3 was added in 1955. The following year, the boys were transferred to Archambault School which was under the direction of the Clerics of Saint-Viator. The students regularly presented exercises in diction and gymnastics. The school received some two hundred girls divided in six to eight classes. In June 1964, the sisters transferred from the institution to Marie-Charlotte-de-Lanaudière School where they taught students from Grade 1 to Grade 3.

NB: This text was written using documents found in the archival holdings in our possession and does not constitute a complete administrative history of the teaching establishment 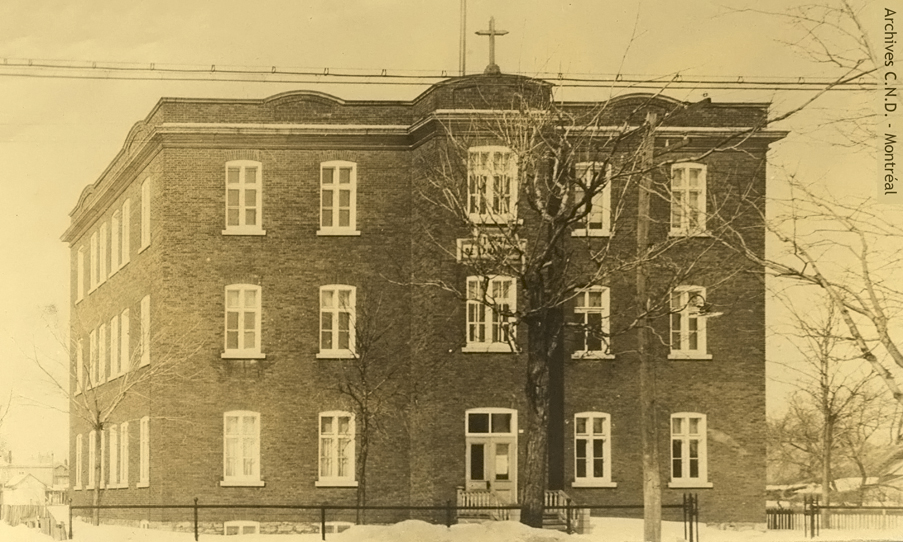