Built in 1925 by the Montreal School Commission, Lartigue School was named after the first bishop of Montreal, the Most Reverend Jean-Jacques Lartigue (1777-1840). The school was first entrusted to the Sisters of Sainte-Croix, who could not send enough sisters to administer it. Sister Sainte-Anne-Marie (Marie-Aveline Bengle) recruited, in ten houses of the Congrégation de Notre-Dame, the necessary number of sisters to administer the school. Among them were Sister Sainte-Marie-Laure (Marie-Josephte-Anna Bessette), superior, Sister Sainte-Blandine (Marie-Claire-Fortunate Bernier), Sister Saint-Lazare-de-Béthanie (Élisabeth Lapierre) and Sister Sainte-Philomène-Marie (Germaine Paradis). The sisters first lived in Académie Bourgeoys, situated near Lartigue School. When it opened, the school received over eight hundred students in seventeen classrooms from Grade 1 to Grade 8. Located on De Lorimier Avenue, Lartigue School offered several courses in performing arts: singing, dance, music theory, theater. The students’ talents were featured several times during the school year in recitals and performances. In addition, English classes and courses in home economics and drawing were also offered. In 1931, to accommodate the sisters who were teaching there, the main building was enlarged to include dormitories and a community room. On June 11, 1964, Mother Sainte-Héléna-du-Sacré-Cœur (Gabrielle Massicotte), superior general, announced that after reaching an agreement with the School Commission, it was decided that the administration of Lartigue School would to be given, the following autumn, to lay personnel. Three sisters, however, remained; two taught high school courses and the third an elementary class. They resided in Saint-Eusèbe School. 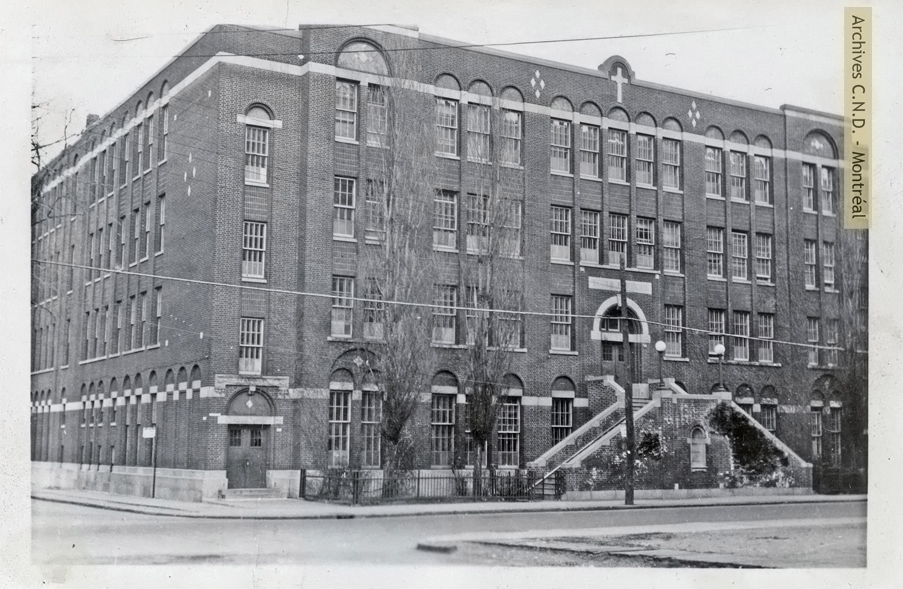 Dernière adresse : At the corner of de Bordeaux and Dubuc (Parc des Pompiers)

At the corner of de Bordeaux and Dubuc (Parc des Pompiers)