The vast Lajoie School was built in 1914 by the Joliette School Commission in anticipation of a rising student population. It was given its name in honour of Father Pascal Drogue-Lajoie, pastor of Saint-Charles-Borromée Parish. He became superior general of the Clerics of Saint-Viator. Since 1847, they had been important figures in the history of education of boys in the area. Until 1924, Lajoie School was dedicated to the education of boys. The sisters of the Congregation took possession of it on September 2 of the same year. Sister Saint-Gabriel-de-Marie (Rose-Anna Hudon) and Sister Sainte-Honorate (Hélène Garneau) received seventy girls in two classrooms while one lay teacher taught about thirty boys. A second lay teacher was quickly added to teach the boys. The sisters resided in the province’s administrative centre situated a few minutes away from Lajoie School. The school quickly became too small for the number of students. The School Commission decided to divide the students. Only the families who lived on the East side of L’Assomption River could send their children to Lajoie School. The students attended Grade 1 to Grade 4. Catechism was taught weekly by a vicar of the Joliette Cathedral and the parish priest visited monthly to analyze the students’ scores. On February 22, 1936, photographer Jacques Ouellet photographed Lajoie School during an earthquake. Around 1937, a fire broke out at the school. In 1943, a third sister joined those already in place to provide education to the boys in Grade 3 and Grade 4. The school then numbered one hundred twenty students. In 1947, Lajoie School became a lay institution and the sisters transferred to Marie-Charlotte-de-Lanaudière School. 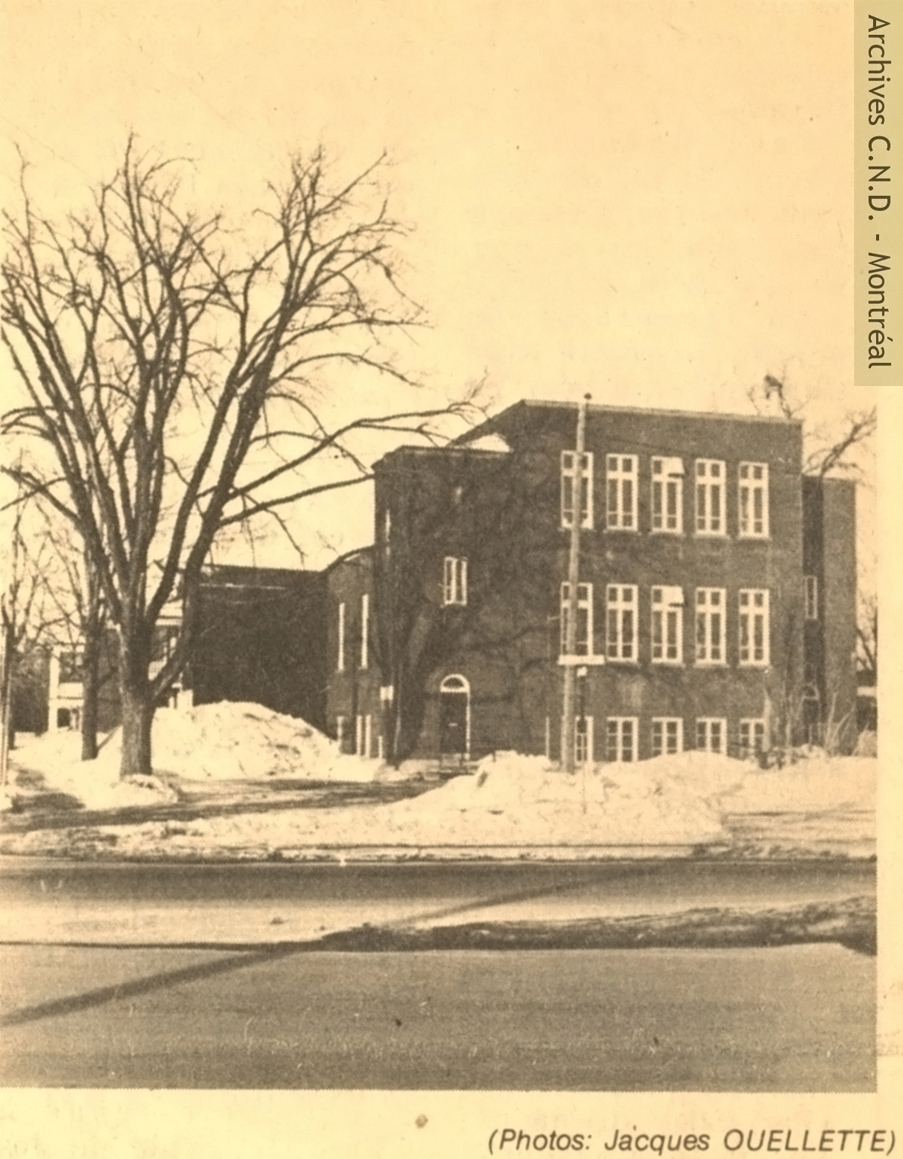