On May 5, 1949, Father Albert Millette, pastor of Coppell, Ontario, approached the sisters of the Congrégation de Notre-Dame, a first time, to ask them to administer the town parish school. At that point the General Council declined the request because it considered that Coppell Parish was too small for them to send sisters to this isolated region. Father Millette, nevertheless, followed up by inviting the Superior General of the Congregation, Mother Saint-Ignace (Léa Mandeville) and the Assistant General, Mother Sainte-Césarine (Marie-Marguerite-Georgianne Robert) to visit Coppell in the hope that they would reconsider their position, which they did three days later, on July 17. They visited the future school, then under construction, and met several French Canadian families who had settled in Northern Ontario to work in lumber camps. Following its visit, the General Council of the Congregation decided to establish the mission in Coppell, where the school would take the name Bienheureuse-Marguerite-Bourgeoys. On August 25, 1949, Sister Sainte-Antoinette-Marie (Marie-Antoinette-Anna Robert), Superior of the school and five other sisters left the mother house to travel with Mother Sainte-Césarine, sponsor of the foundation, to the diocese of Hearst. They arrived in Coppell twenty-four hours later and settled in the new convent where there still was no electricity and the wells still had to be dug. The eight full boarders and three day boarders from all the neighbouring regions as far as Kapuskasing (one hundred twenty kilometers from Coppell) arrived at the convent school the day before school began. On September 15, 1949 the school opened to receive seventy-three students from Grade 1 to Grade 8, divided in two classes. Two sisters also travelled from the convent to Marie-Reine-des-Cœurs Schoolhouse, situated four kilometers away, where they taught a class of twenty three pupils.

At first, Bienheureuse-Marguerite-Bourgeoys School was often obliged to close because of the bitter cold and because the school’s well pump would often break. Hence, in the summer of 1950, it was decided that a new boarding school would be built near the school. The school itself would be expanded so that the former convent would be annexed and moved to the South-West side of the building. Excavation began in August 1951 and Marie-Reine-des-Cœurs School was closed in October of that year. All classes were transferred to Bienheureuse-Marguerite-Bourgeoys School. In 1954, the schoolhouse was abandoned and transported to the center of the town to serve as sacristy and community hall. Situated within the new boarding school, the former convent was under the direction of the Congregation until 1954. It was later renamed Maison Saint-Joseph and was transformed into a school for higher education where students were provided instruction from Grade 8 to Grade 12. From 1956, many lumber camps around Coppell closed and only forty-one families remained. In addition, the number of boarders decreased because Grade 9 and Grade 10 classes were given in neighbouring parishes. In 1959, the mission in Coppell numbered only two sisters and the number of students also continued to decrease. The Congregation was obliged to close the school in June 1960. The building was subsequently purchased by the Séminaire de Hearst and became Manoir du Séminaire. 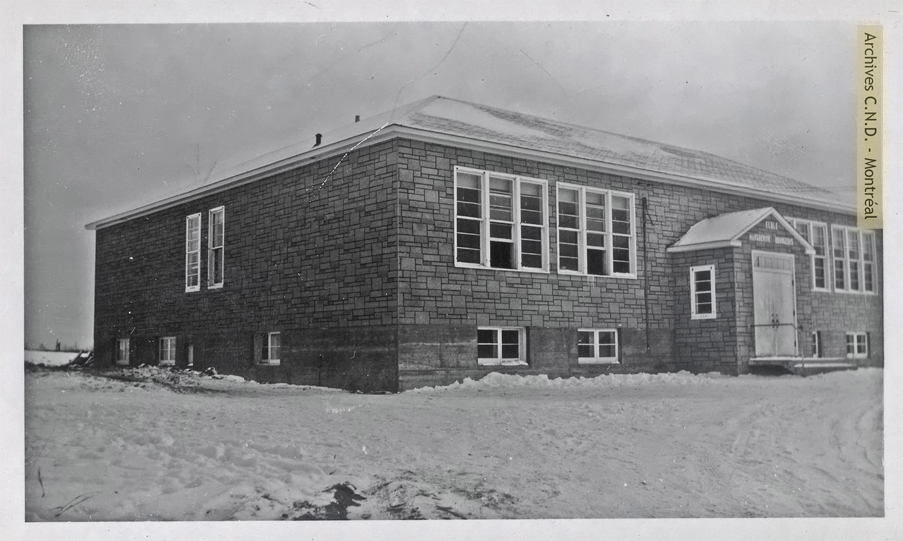