In 1869, Father Philippe-Hippolyte Suzor, first pastor of Saint-Christophe d’Arthabaska Parish, organized a meeting to study the construction of a convent-school for girls. The attending citizens were unanimously in favour of the project. By August 1870 Saint-Christophe d’Arthabaska Convent-School was completed thanks to donations from individuals of the region. Father Suzor entrusted the direction of the convent-school to the Sisters of the Congrégation de Notre-Dame. In addition, he donated an adjoining piece of land measuring about seven acres. It was agreed that, as long as the sisters used these gifts for the purposes of education, they would continue to retain ownership. However, if they ceased teaching, the building and the land would rightfully return to the pastor of the parish. In 1870, Sister Sainte-Dosithée (Suzanne Denis) and Sister Sainte-Synclétique (Marie-Adèle Mailloux) were sent to survey the area. They reported that they were shocked by the poor condition of the modest church which consisted of an unadorned chapel covered by a thatched roof. Regarding the convent, the two-storey, brick building was completely unfurnished. Sister Saint-Sylvain (Aimée Bernier), Sister Saint-Ephrem (Marie-Octavie Hudon-Beaulieu) and Sister Saint-Cyriaque (Marie-Odile Bérubé), arrived at the convent–school to begin the school year. On August 23, 1870, Bishop Laflèche of Trois-Rivières blessed the convent–school. During that year, the sisters received one hundred fifty-one students, of whom forty-four were boarders and sixty-five were day students. The convent-school’s curriculum offered French and English classes and courses in painting, sewing, and music. A piano, a harmonium and an organ were put at the music students’ disposal. Every student needed to have appropriate references to be admitted as boarders. Their uniform was comprised of a dress, shoes and a hat – all black – and jewellery was not permitted. The parents received a report of their daughter’s behaviour and performance at the end of each month.

In 1894, the sisters and the pastor of the parish arrived at an agreement about leasing part of the property to build a school playground. In 1898, because the convent-school needed more space, an annex was built. In 1929, the convent-school was affiliated to Université Laval. Two years later, a second annex was built. On May 29, 1949, the first meeting of the Notre-Dame-des-Bois-Francs Alumnae Association was held. In attendance were no fewer than two hundred eighty-three former students. On May 3, 1970, Saint-Christophe Parish celebrated the 100th anniversary of the foundation of the convent-school. A special eleven-page publication was published in the newspaper L’Union. The Alumni Association participated in the special Mass and the banquet organized for the occasion. In 1974, the sisters moved from the convent-school to the Arthabaska Residence, situated close by on Laurier Street West. As had been agreed more than one hundred years earlier, the land and building were ceded to the pastor of Saint-Christophe d’Arthabaska Parish, Father Joseph Bergeron. In 1979, the convent-school was demolished and the Congrégation de Notre-Dame sisters permanently left the parish. 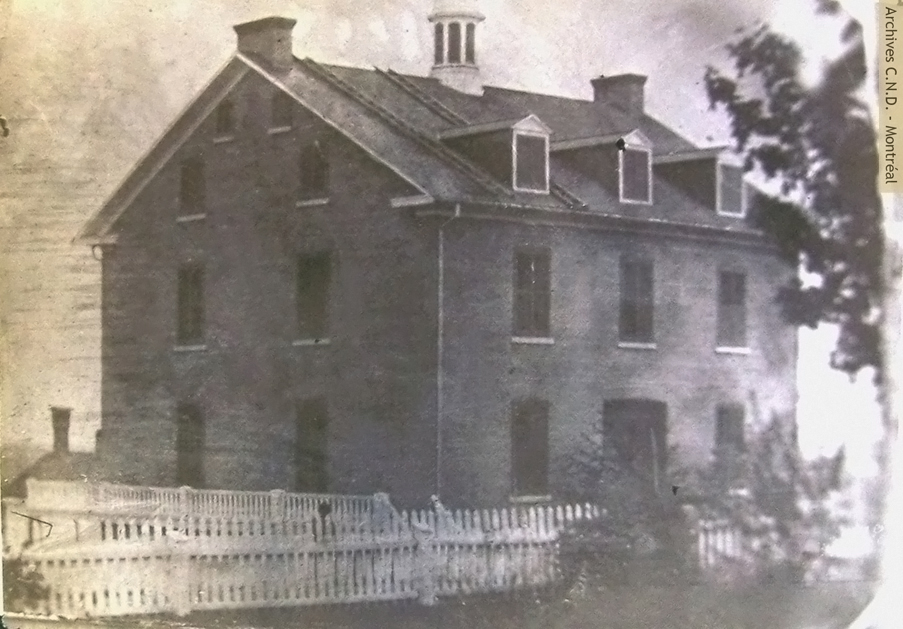 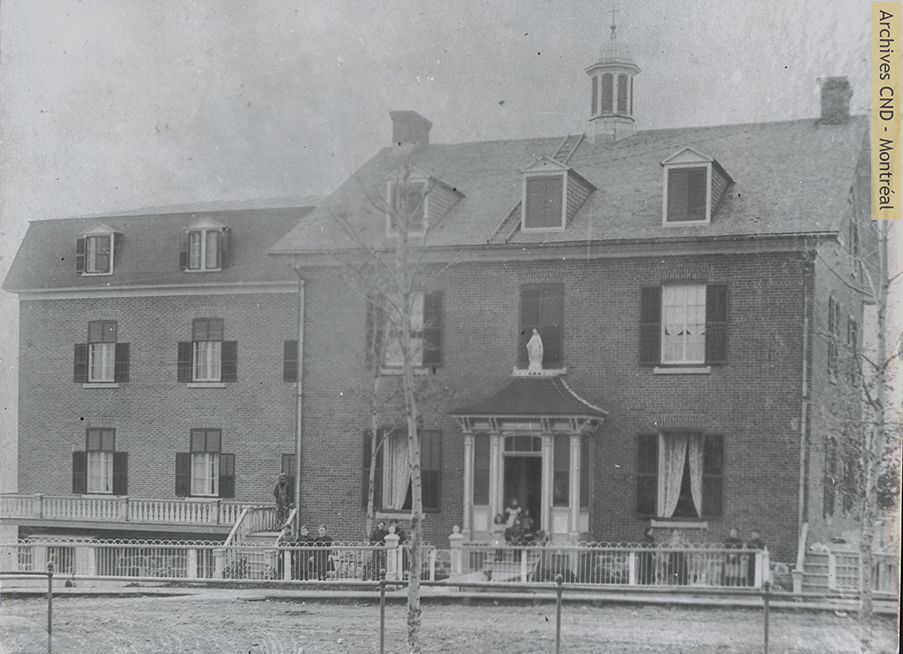 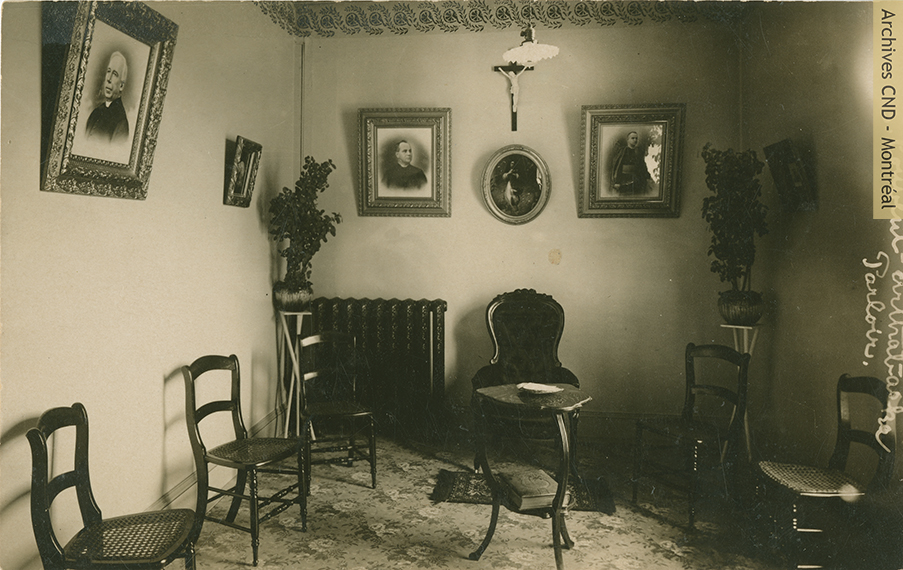 Parlour at the convent of the Congrégation de Notre-Dame / Couvent Saint-Christophe d'Arthabaska, Victoriaville (Arthabaska), Quebec, [between 1900 and 1930].