Saint Agnes School, later known as Saint Anthony School, was established in 1892 by the Congrégation de Notre-Dame, at the request of Father J. C. Donnelly, in order to provide education to Irish girls in Saint Joseph Parish. A school for boys, Belmont School, already existed. Saint Agnes School was first housed in a residence on Saint-Antoine Street, which was rented by the sisters. For seventy-five pupils, school began on September 15, 1892 under the direction of the founders, Sister Sainte-Marie-du-Crucifix (Philomène Damours), Sister Sainte-Marie-Archange (Maria Xavérine Honorius Petit) and Sister Sainte-Marie-Eliza (Adélaïde-Sophie-Anna-Marie Lavergne). The school was financed by the Bureau des Commissaires d’écoles catholiques de Montréal. Grade 1 to grade 8 classes were offered in both languages as both English and French speaking girls – some of whom were not Catholic – attended the school. In 1892, the school taught various subjects. They included: Drawing, Music, Knitting and Sewing, History, Mathematics, Physics, Chemistry, Accounting, Geography, Cartography, Agriculture, Etiquette, Languages and later, Physical Education. There were also religious associations, such as Enfants de Marie and Anges gardiens.

In 1904, the lease on the house which served as the school expired. The General Council of the Congrégation de Notre-Dame had approved the acquisition of a property near the church at 1935 Saint-Antoine, which became the sisters’ residence. Just behind it, a new school was built. During construction, courses were given in the basement of the church. On June 23, 1905, the new school was blessed and, in 1915, it was renamed Saint Anthony School. In 1931, as the school had become too small for the large number of students, the School Commission built a more spacious school on Canning Street; in May 1932, the transfer took place. The sisters resided in their former school on Saint-Antoine Street until 1935, when the General Council of the Congrégation sold it to the Trinitarian Fathers, who established their novitiate. Temporarily, the sisters lived at Académie Saint-Denis. One year later, the School Commission purchased a house at 2049 Coursol Street, which became the sisters’ new residence. In 1954, a Home Economics Department was opened and later, a kindergarten. The sisters permanently left Saint Anthony School in June 1967. 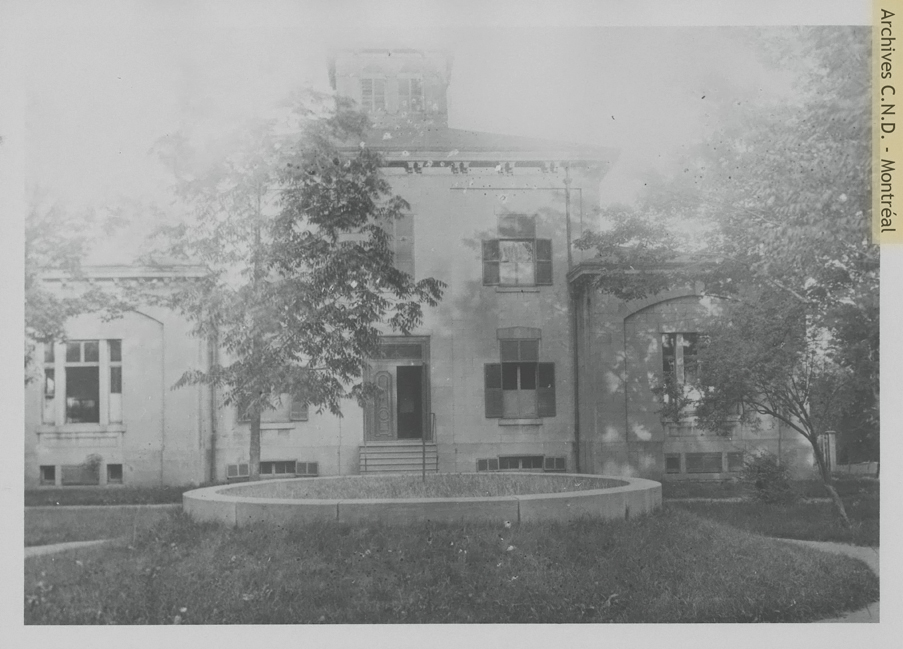