At the beginning of the 19th century, as a result of famine and other hardships, large numbers of Irish immigrants arrived in Lower Canada. Many settled in Montreal, near the river. In 1833, the Sulpicians and the Récollets opened a school-house near their church on the corner of Notre-Dame and Sainte-Hélène Streets. They wanted to provide education to the Irish Catholic children of the faubourg des Récollets. The Sulpicians requested that the sisters of the Congrégation de Notre-Dame teach the daughters of the English and Irish soldiers stationed in Montreal. They accepted. Hence, Sister Sainte-Françoise (Ann Rourke) and a companion commuted every day for two years to and from the mother house on Saint-Jean-Baptiste Street to teach young girls. In 1846, they moved into a small house adjoining the church of the Récollets. The school received about 200 students each year. Also in 1846, Joseph-Vincent Quiblier, a Sulpician, superior of the Petit séminaire de Montréal (Collège de Montréal) and pastor of Notre-Dame Parish travelled to Ireland to recruit Irish Catholic priests for the parishioners of the same origin. Father David O’Brien and Father Patrick Dowd answered the call. On March 17, 1847, on St. Patrick’s Day, the majestic Saint Patrick Church was dedicated. This Neo-Gothic construction begun in 1843 was an initiative of Father Quiblier. The church was then situated outside the city, near the parishioners’ houses, on the corner of Dorchester Boulevard (René-Lévesque Boulevard from 1987) and Saint-Alexandre Street. In 1860, Father Dowd, who had arrived from Ireland ten years before, was assigned to Saint Patrick Parish. He wished to have a school near the church. Therefore, on that same year, he offered a building which had been used as a shelter for the less fortunate, Saint Bridget’s Refuge, on De La Gauchetière Street, to the sisters for the establishment of Saint Patrick Academy.

The sisters took over the school in September 1868, the official date of its founding. Eight classes were opened to receive young girls. In 1870, the school was transferred to a building owned by the seminary on Saint-Alexandre Street near Saint Patrick Church. The sisters offered, in addition to a classical education, private classes in music, singing, embroidery, drawing and many other art forms. In 1877, the sisters took full control of the academy and, modeling it on the Congregation schools, offered classical and musical education. In 1896, the academy was placed under the direction of the school board and remained a parish school. In 1908, the sisters built an annex on Saint-Alexandre Street. In 1927, the Junior Alumnae Association was created by former students and it granted scholarships to the best students. In 1931, the higher grades were transferred to Thomas d’Arcy McGee College on des Pins Avenue. In 1936, a business programme was created and thirty students attended. The Academy’s 75th anniversary was celebrated in 1943. In its many years of existence, it underwent several major renovations, such as, the addition of a fourth floor and the installation of an elevator. In 1974, Saint Patrick Academy closed after 141 years. The building was sold and became known as McGregor Residence. 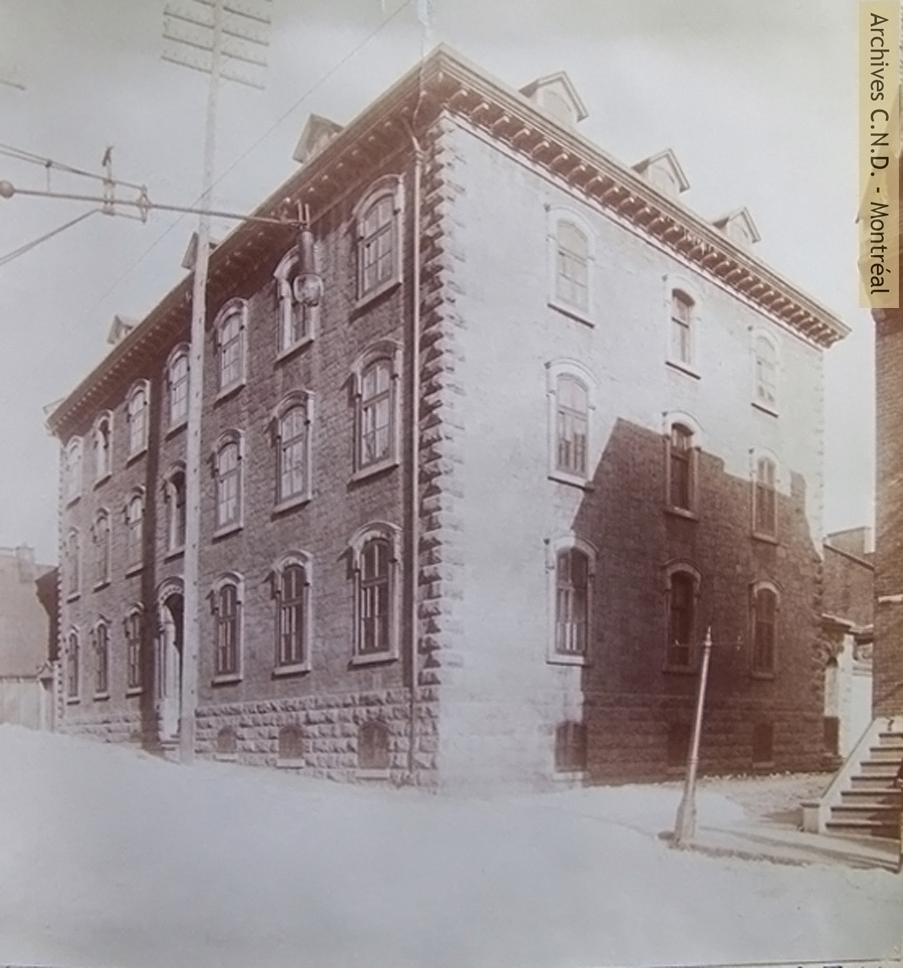 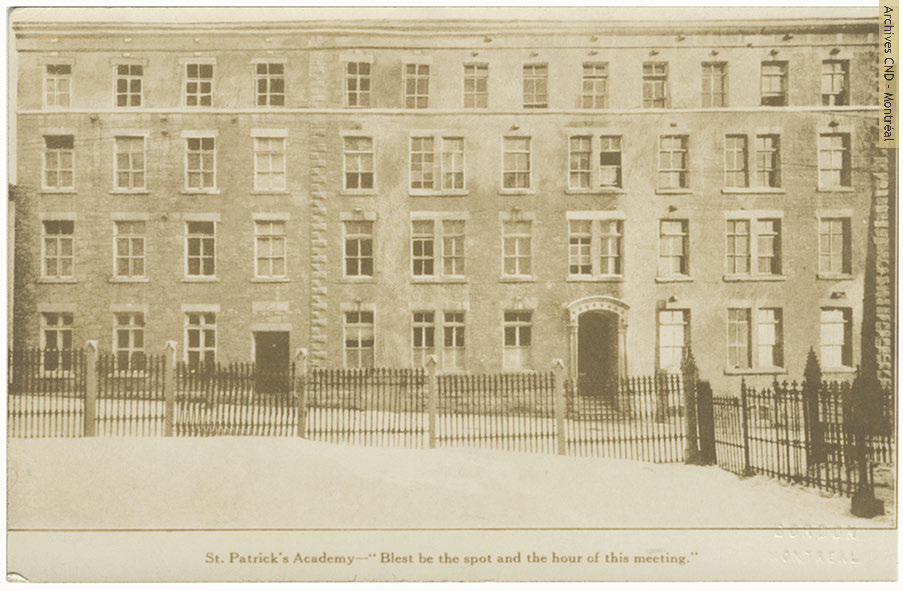