During the winter of 1903, William Miller-Jones met Mother Saint-Anaclet (Marie-Pulchérie Cormier), the newly elected Superior General of the Congrégation de Notre-Dame, to discuss the lack of Catholic schools in Staten Island. Father of four girls and resident of this New York City borough, he had had to send his children to the overpopulated public schools which at the time received mainly immigrant and Protestant children. The General Council of the Congregation accepted his request, on the condition that the future school be under the sole direction of the sisters of the Congrégation de Notre-Dame and that it would be completely independent of the control of the Diocese of New York. The Archbishop of New York, Bishop John M. Farley, approved and on August 18, 1903, Our Lady of the Blessed Sacrament Convent, Mother Saint-Anaclet’s first official mission, was founded. Funded by William Miller-Jones, a house on Howard Avenue in Grymes Hill was purchased and converted into a convent. It was blessed by Father Murphy, pastor of Staten Island’s Our Lady of Good Council Parish, on September 13, and received twenty boarders the very next day. The school’s first Superior was Sister Sainte-Scholastique (Marie-Anne-Cécilia Bell) and her founding companions were Sister Sainte-Marie-Cécile (Mary Ann Lester), Sister Sainte-Catherine-des-Anges (Josephine Catherine Pia Schlachter) and Sister Sainte-Jeanne-de-Jésus (Eleanor Ludovica Coghlin). Right away, the sisters got involved in Staten Island’s community: they taught Sunday school to the Italian immigrant children; offered music and needle work lessons to women; established the Association of Christian Mothers. In addition, through courses offered at the convent school, students were initiated to choral singing, drama and music.

In the fall of 1906, the limited space and the many repairs this wooden convent on Grymes Hill required obliged the sisters to look for another residence. They chose a bigger site situated at 76 Howard Avenue. The building was enlarged in 1911 and 1912 to add more classrooms as well as a chapel, a refectory and a music room. The following year, the school’s curriculum had to be modified in accordance with the recommendations of the State of New York’s education authorities. Therefore, the elementary school comprised eight levels and the high school had four. Furthermore it was possible to choose between two options: academic or an art specialization. In that same year, the Academy was affiliated with New York University and, in 1917, the diplomas awarded to the graduates allowed them to pursue higher education. The campus underwent many other changes between 1921 and 1928. Adjacent properties were purchased and annexed to the school bringing the number of buildings to five. These buildings contained administrative services, dormitories, the elementary school, the high school and the new college with its Department of Business Studies. The stock market crash of 1929 and the ensuing Great Depression resulted in a decrease in the number of students and the closing of the commercial wing after four years. This made room for new laboratories and a kindergarten.

At the turn of the 1940s, with the approval of the Superior of the time, several committees were organized, such as, the student council, a religious association, an equestrian club, a choir, a student newspaper, a yearbook committee as well as Latin and French clubs. In addition, in 1946, the Staten Island institution was selected to house the administration of the new province of the Congrégation de Notre-Dame called Blessed Sacrament Province. Even though the school was commonly known as Notre Dame School by its staff and students, its official name was Our Lady of the Blessed Sacrament Convent until 1950, when she was named Notre Dame Academy.

The 1960s were also years of change. So much so that by 1967 the administration of the school required not one director but three: one for the elementary school, one for the high school and a third was Director General of the two schools and the convent. At that time, many sports teams were created, for example, softball and swimming. However, the most popular sport at the Academy was basketball, and in 1975, not only did the team win the championship it also played a perfect season.

For the benefit of high school students who wanted to go on to university, the Academy also wanted to add an intensive preparatory class to the high school curriculum. However, because of admission exams, not all Notre Dame students who completed their elementary school were able to pursue their high school education in the same place. Thus, at the beginning of the 1990s, a pre-kindergarten was established at the Academy and the students were evaluated from a very early age. They needed to know their letters, numbers and colours to be admitted to kindergarten. The administration was once again restructured in 1996 when the position of Director was divided between the Superior and a lay person. Currently, the school is under the direction of the sisters of the Congrégation de Notre-Dame. 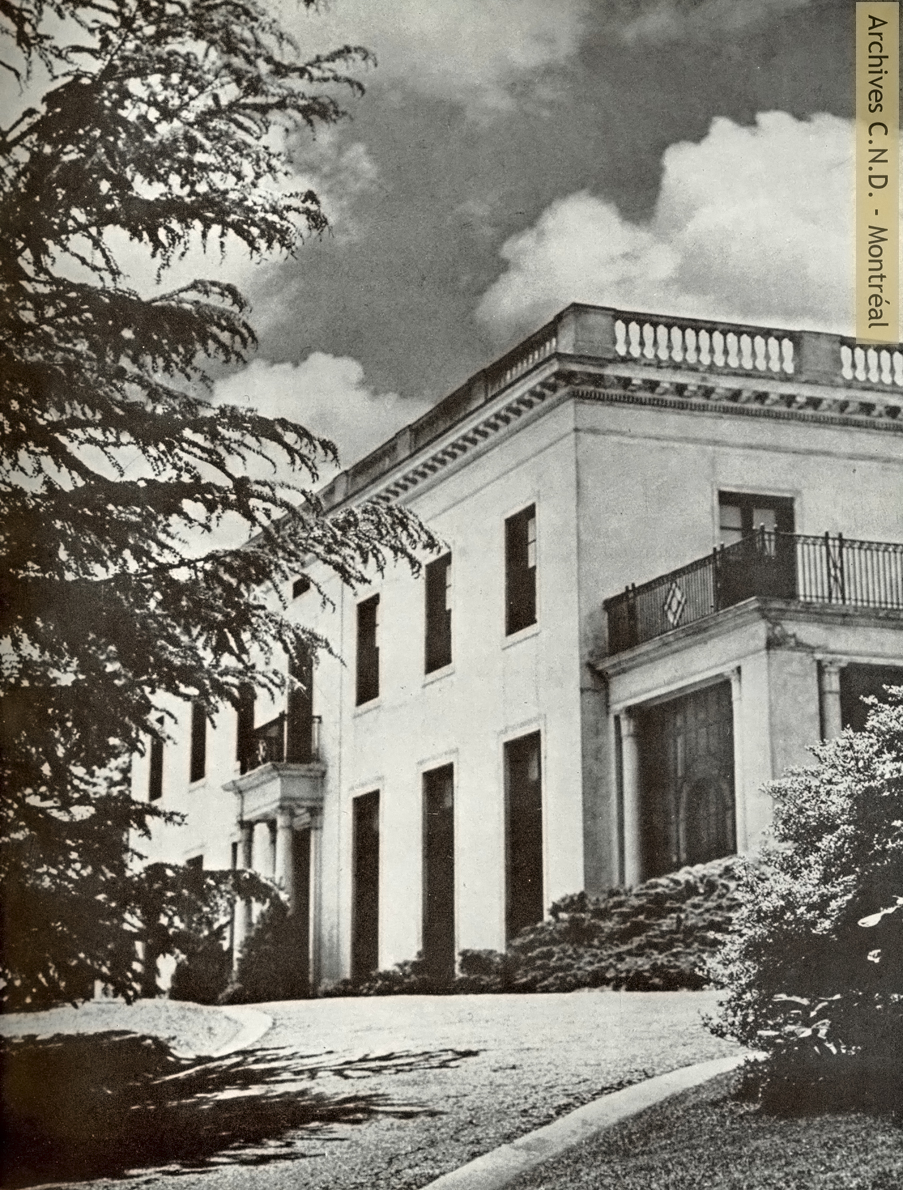