Notre-Dame-de-Bon-Secours Chapel. Quite a saga!

The story of Notre-Dame-de-Bon-Secours Chapel is in itself another “foolish adventure” full of twists and turns, marked by Marguerite Bourgeoys’s perseverance and… by destiny.

Marguerite dreams of a chapel of pilgrimage dedicated to the Blessed Virgin. She would like it to be situated outside the town, but easily accessible on foot. She will have to wait twenty years before her dream would come true!

Unfortunately, 54 years after the death of Marguerite a terrible fire completely destroys her chapel. The more than one hundred year old oak statue of the Virgin and Child is unscathed. The chapel is rebuilt and then modified several times during the XIXth and XXth centuries. A historical and architectural jewel of Montreal, Notre-Dame-de-Bon-Secours Chapel doors remain open to the faithful and to tourists.

Beginning and end!
In 1655, Marguerite Bourgeoys begins rallying the colonists to help with the construction of a chapel of pilgrimage dedicated to the Blessed Virgin. Thanks to everyone’s contribution, enough stones and material are collected to lay the foundation. Then, the first setback occurs: in 1657, due to a change in ecclesial jurisdiction in Montreal, construction work is suspended for several years.

Disappointment
Marguerite does not give up hope of building her chapel. But, upon her return from France in the fall of 1659, a great disappointment awaits her: all the materials she had collected to build the chapel have disappeared.

Finally!
After 20 years of patience and perseverance, Marguerite’s dream finally comes true! In 1675, construction work resumes once and for all on the little chapel of pilgrimage dedicated to Our Lady.

The first…
The chapel is completed in 1678. Notre-Dame-de-Bon-Secours becomes the first stone church on the Island of Montreal. Of course, the statuette of the Virgin and Child is given a place of honour.

Fire!
In 1754, tragedy strikes: a devastating fire completely destroys the chapel. The day after the blaze, the small statue of the Virgin and Child is found, unscathed, among the smoking ruins!

Back to square one
In the difficult social and economic context of the Post-Conquest, the rebuilding of the chapel does not constitute a priority for the clergy. However, there arises a strong possibility that the British authorities will purchase the land in order to build a military barracks there. Fortunately, this event prompts the religious authorities to begin rebuilding, without delay, the chapel between 1771 and 1773.

“Poor little girl forced to dress in her grandmother’s out-moded dresses.”1
At the time of the inaugural blessing of the new Notre-Dame-de-Bon-Secours Chapel in 1773, the decoration of the chapel is not yet completed due to a lack of funds. Around the 1800s, architectural and artistic additions are made and furniture from different places is donated. (1 Patricia Simpson, Notre-Dame-de-Bon-Secours. A Chapel and its Neighbourhood, Montréal, Fides, 2001, p. 71.)

Sailors’ chapel
As the port expands at the end of the XVIIIth and XIXth century, the chapel becomes a popular place of prayer for sailors. The miniature ships hanging from the chapel’s vaulted ceiling recall the sailors’ devotion to Notre-Dame-de-Bon-Secours. In the first half of the XIXth century, the chapel also becomes the spiritual cradle of the English-speaking Catholic community in Montreal. The English-speaking frequent Notre-Dame-de-Bon-Secours and the chapel of the Recollets until the completion of Saint-Patrick’s Church in 1847.

Au vol!
In 1831, a mysterious theft occurs! The little statue of the Madonna given to Marguerite Bourgeoys in the XVIIth century and which held a place of honour in the chapel is spirited away along with its jewel-encrusted reliquary. In 1844, the statuette is discovered, by chance, in one of the attics of the Mother House of the Congrégation de Notre-Dame. Then, 50 years later, its reliquary is found in a dusty corner of the chapel. It is only in 1988 that the statue, encased in a protective glass to preserve it from fire and theft, permanently returns to the chapel.

Help!
Following the Asiatic cholera epidemic in Lower Canada in 1832 and 1834, a typhus epidemic breaks out in Montreal in 1847 at the time of the arrival of Irish immigrants escaping misery and starvation in their homeland. Once again, Notre-Dame-de-Bon-Secours Chapel becomes a privileged place of pilgrimage. Two beautiful statues of Mary adorn the interior and exterior of the church that receives votive gilded hearts presented by the pilgrims. In the middle of the XIXth century, artisans and merchants set up small stands alongside the chapel, next to Bonsecours Market.

The fashion of the day
During the last decades of the XIXth century, the first of the XXth century and in the 1950s, Notre-Dame-de-Bon-Secours Chapel undergoes extensive transformation and renovation to make it more lavish.

On the exterior a new stone façade, built against the old one, and a new steeple are constructed. In addition, an imposing façade is added to the back of the building overlooking the port. It would later have to be lightened due to structural weaknesses.

On the interior, a new vault is built and decorated in trompe l’œil. Twenty years later, trompe l’oeil no longer being the fashion of the day, a canvas is glued to the vault and painted in a decorative motif. A monumental wooden altar and three others made of marble are installed. Over the years, dozens of statues, angels and paintings are added, the windows are transformed, the floors are covered in marble, the lighting is converted from candlelight to gas lamps and soon replaced by electric lighting.

Surprise! A return to the origins
In the 1990s, the original murals on the vault, after having been hidden for more than 80 years by a decorative canvas, are discovered by chance. The decision is made to restore the chapel, thus giving it a stamp of authenticity.

At the same time, it is decided to improve the old Marguerite-Bourgeoys Museum situated in the chapel’s crypt. This wish will be fulfilled beyond all expectations… because it is then that the archaeologists discover the ruins of the first chapel built by Marguerite!

More than ever, Marguerite-Bourgeoys Museum and Notre-Dame-de-Bon-Secours Chapel preserve the memory and ideals of Marguerite. They also remain privileged witnesses of the history of Montreal. 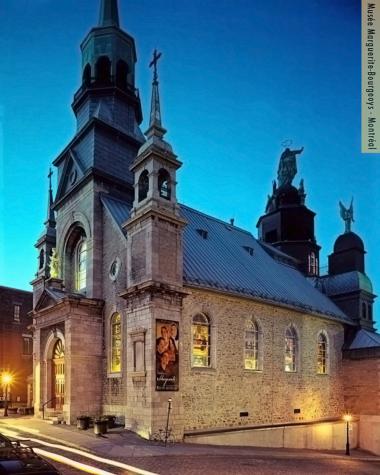 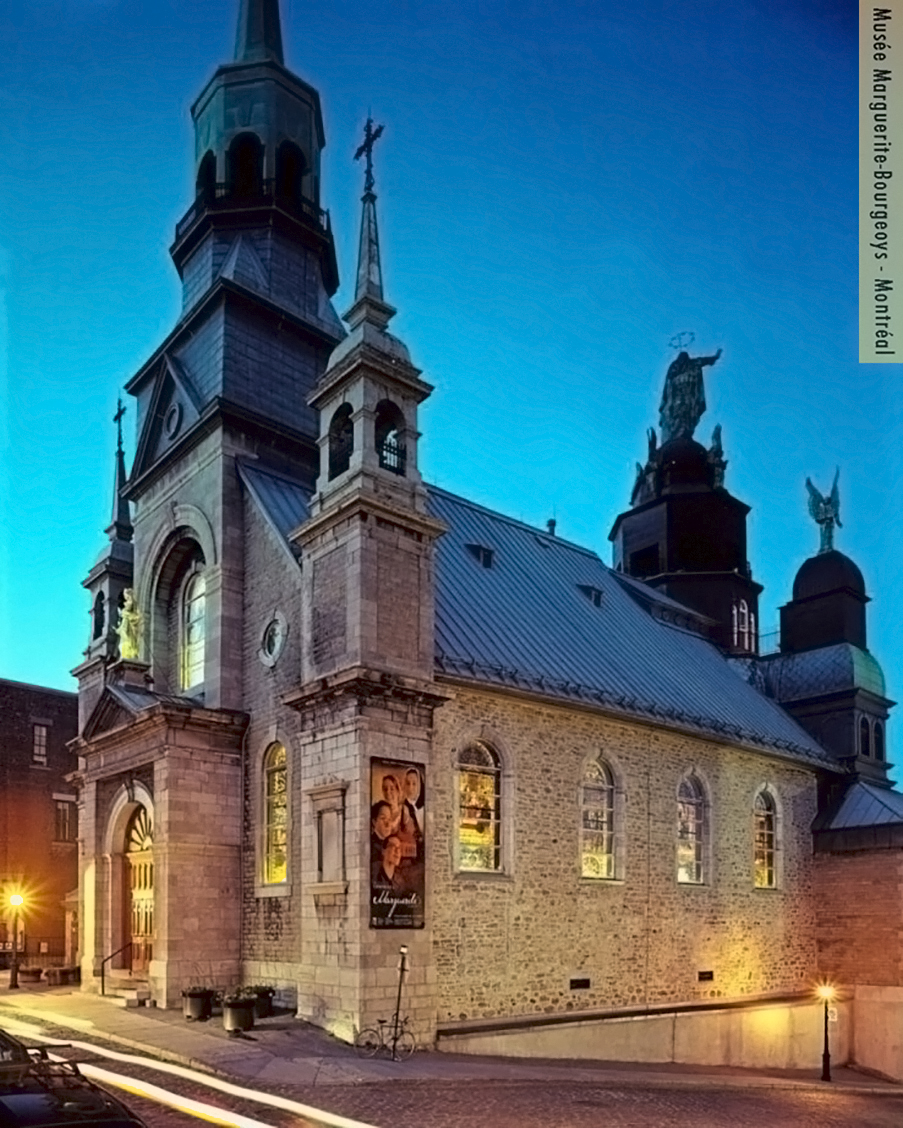 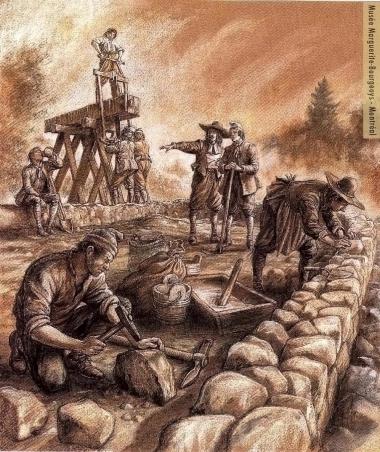 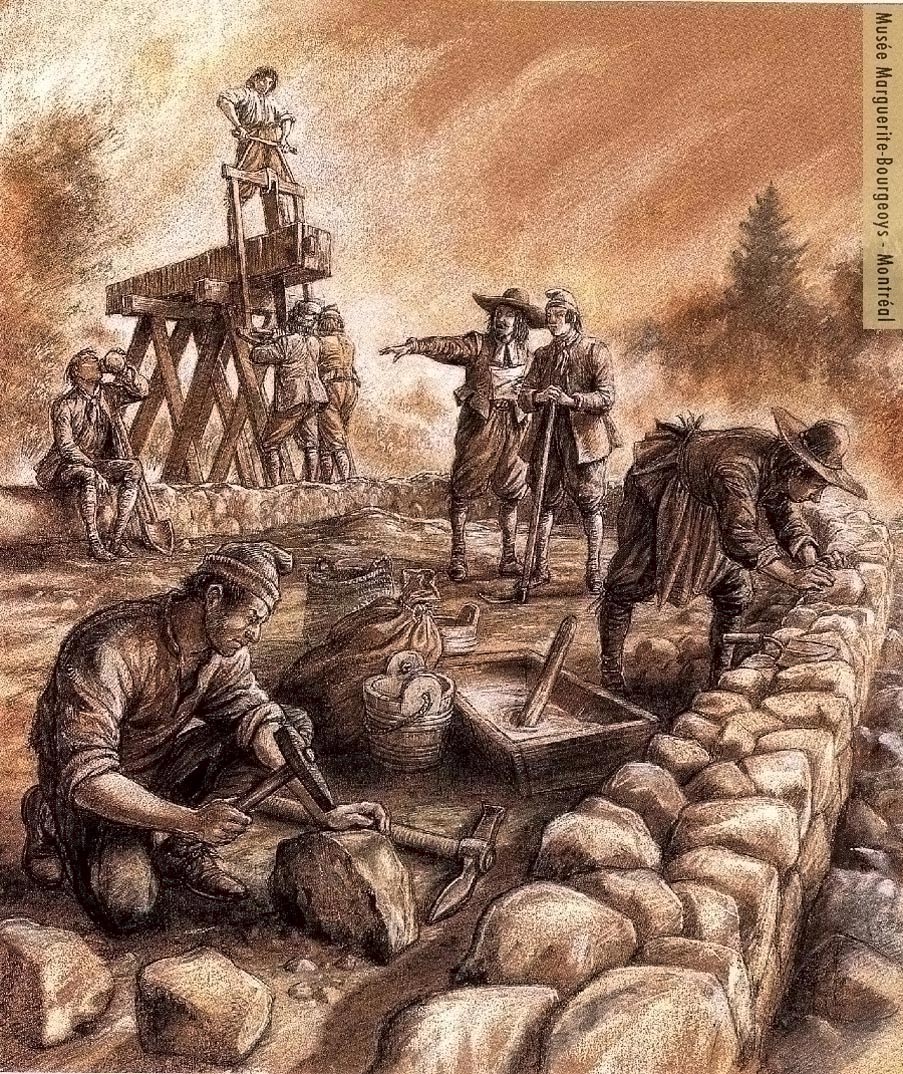 In 1655, two years after her arrival in Ville-Marie, Marguerite Bourgeoys undertook the construction of a chapel dedicated to the Virgin Mary on the edge of the Saint Lawrence River since attacks by the Iroquois made pilgrimages to the cross on the mountain too perilous. With the help of de Maisonneuve and the first settlers, Marguerite began her project. The work was interrupted, resumed only in 1675 and was completed three years later. The chapel became the first stone chapel built on the island of Montreal.

For more information, see the Encyclopedia of French Cultural Heritage in North America 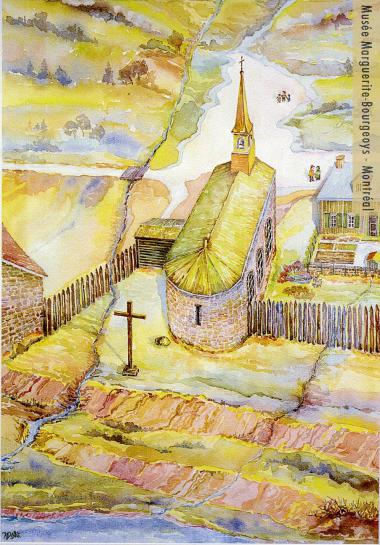 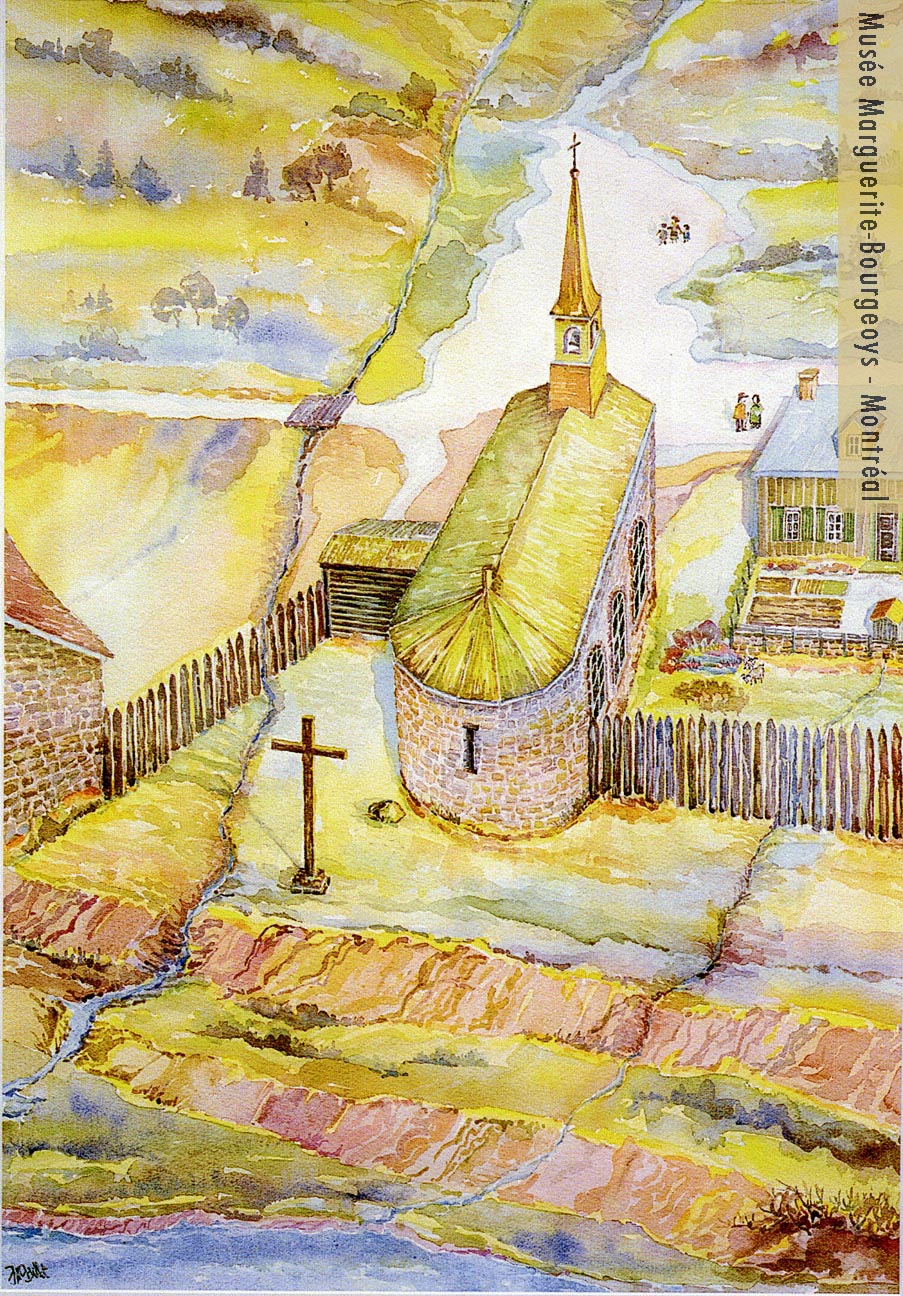 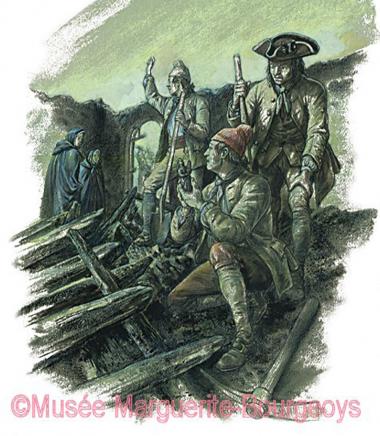 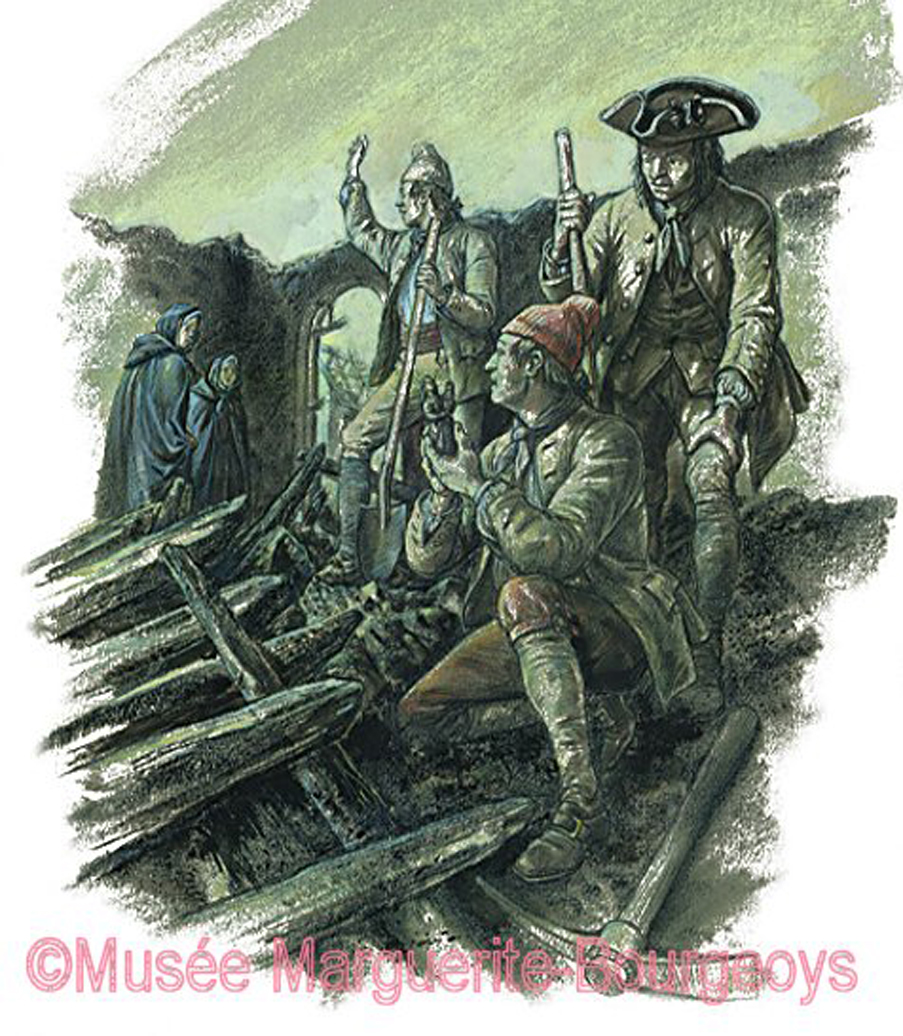 Discovery of the statuette of Virgin and Child among the ruins of Notre-Dame-de-Bon-Secours Chapel, Ville-Marie (Montreal), New France (Quebec), 1754. Illustration : Francis Back. Photography : Bernard Dubois.

During the 18th century, fire destroyed several buildings in Montreal, among them Notre-Dame-de-Bon-Secours Chapel in 1754. The only object in the church that was spared was a small wooden statue of the Virgin and Child. The 16th century figurine, to which miracles are attributed, had been given to Marguerite Bourgeoys by Pierre Chevrier, Baron de Fancamp, during her journey to France in 1672. The statuette is found today in the chapel which was rebuilt in the very same place in 1771. 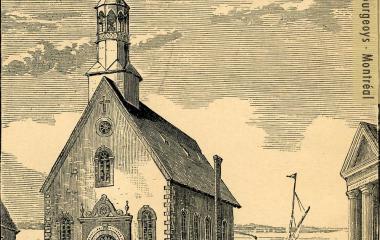 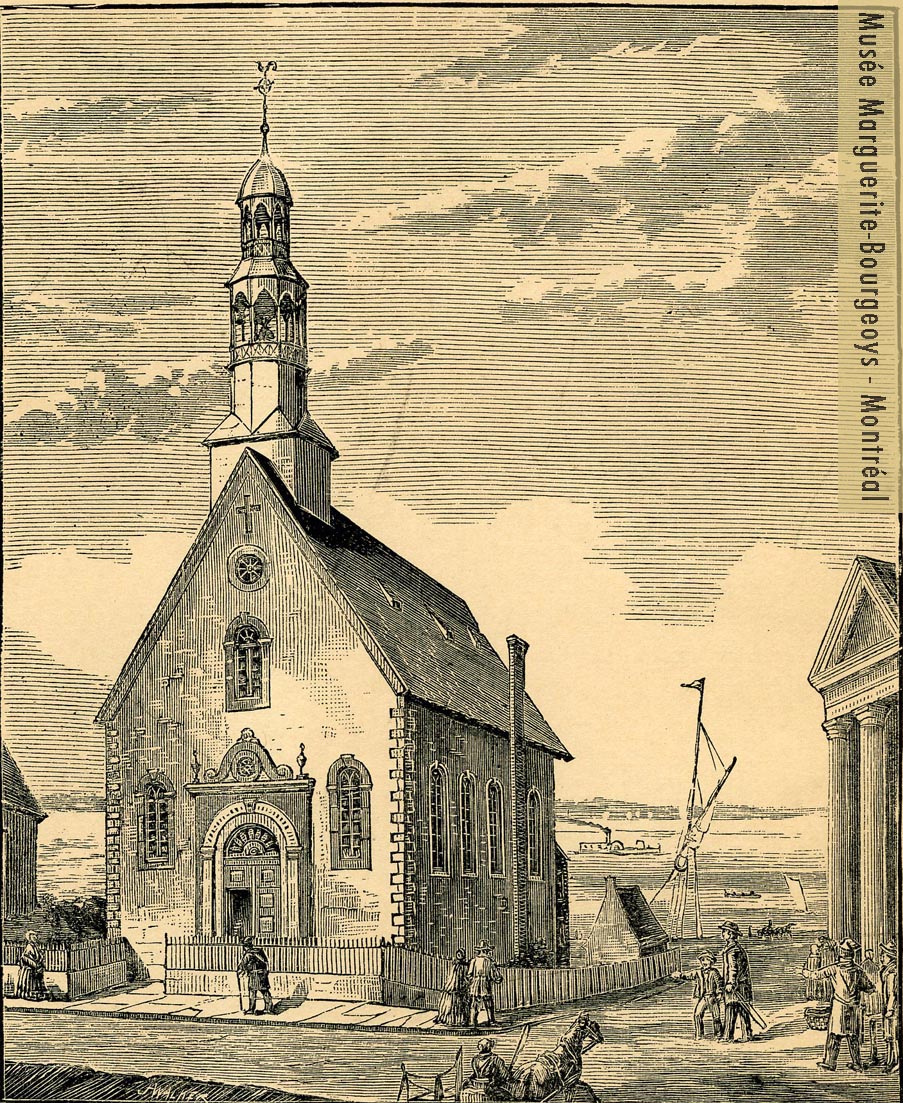 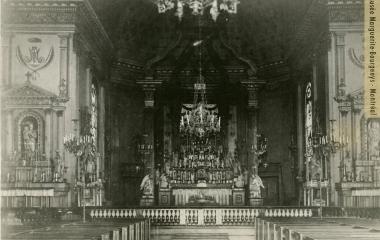 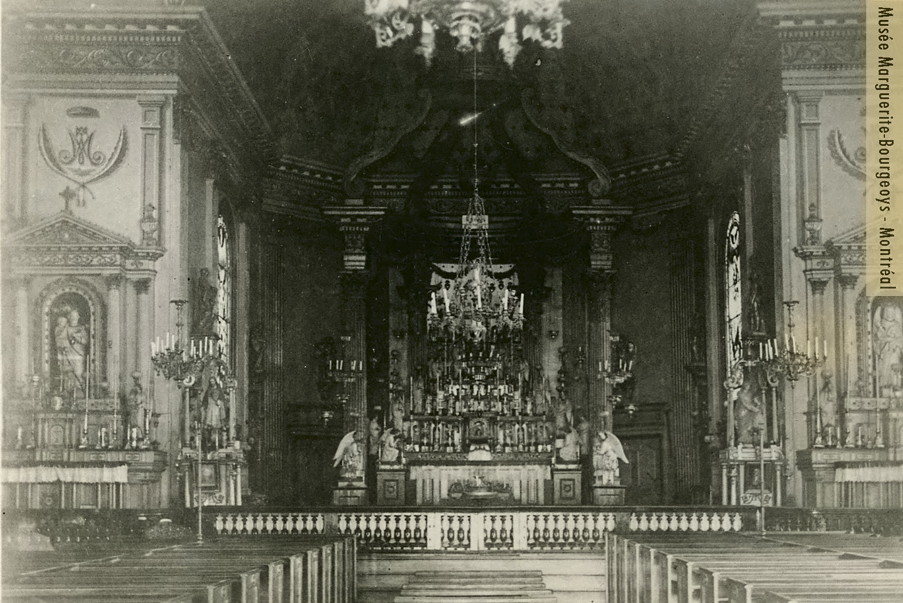 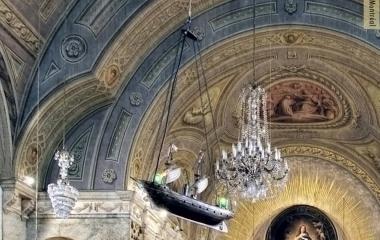 The Idaho, an ex voto ship 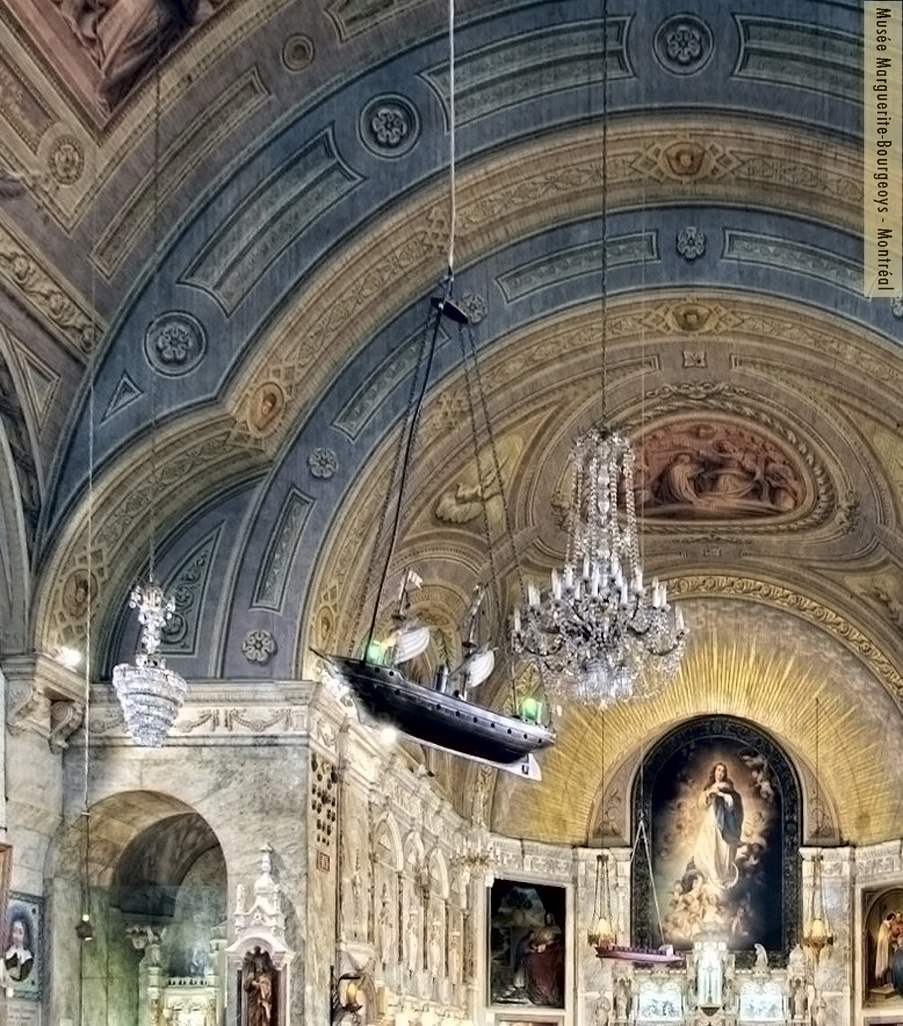 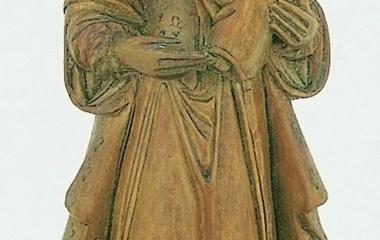 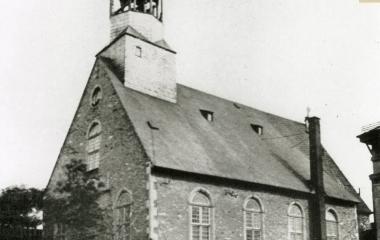 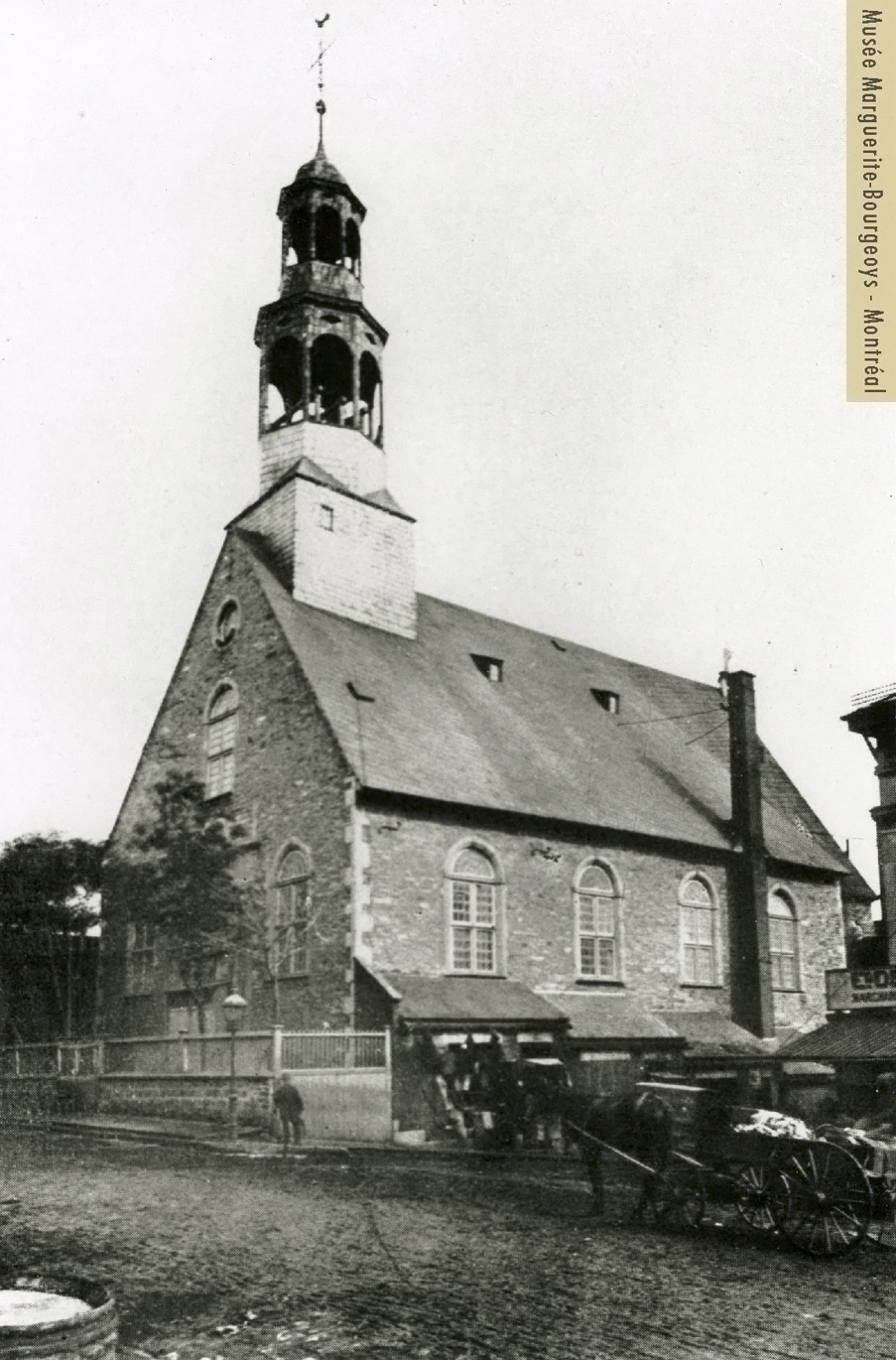 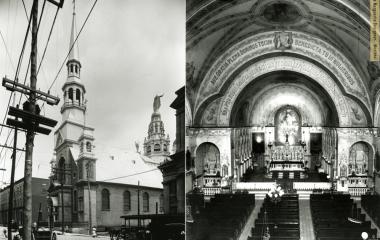 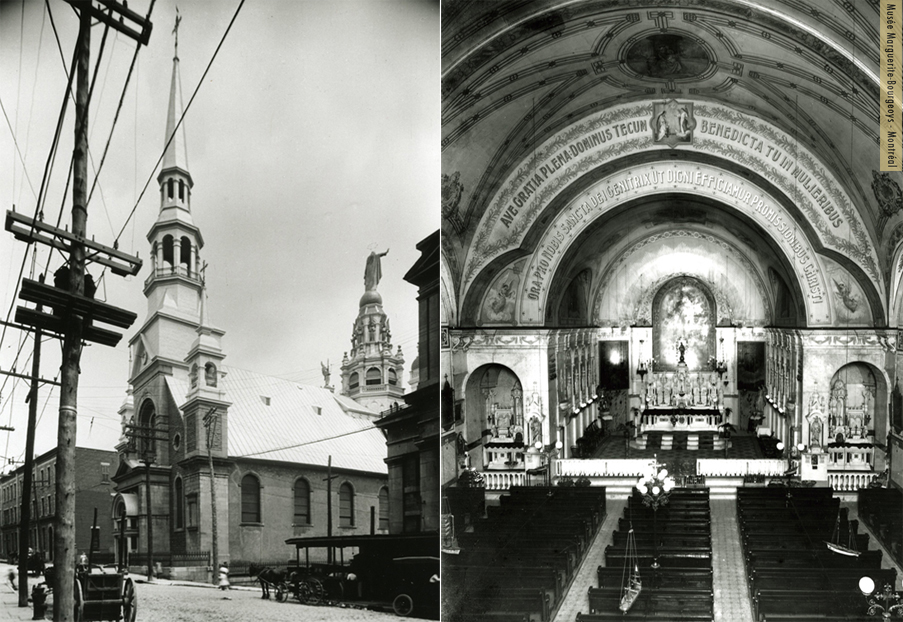 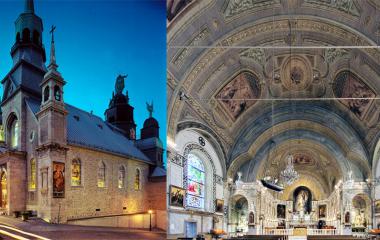 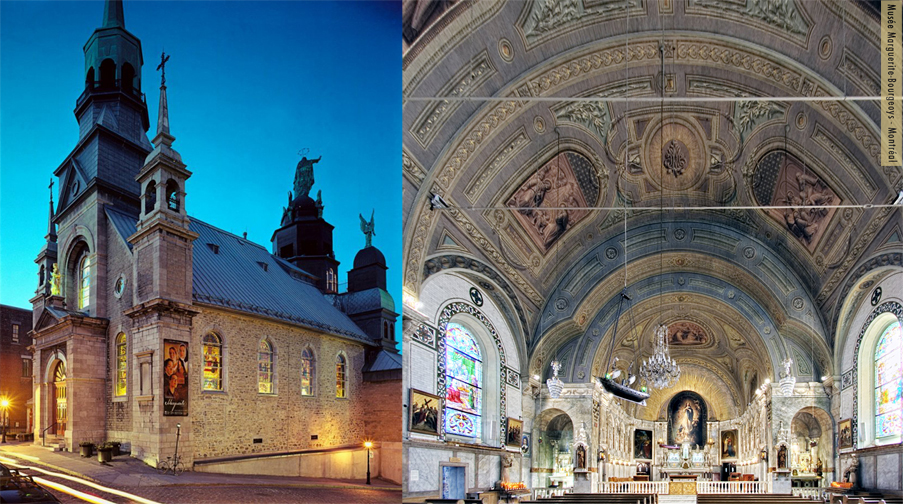