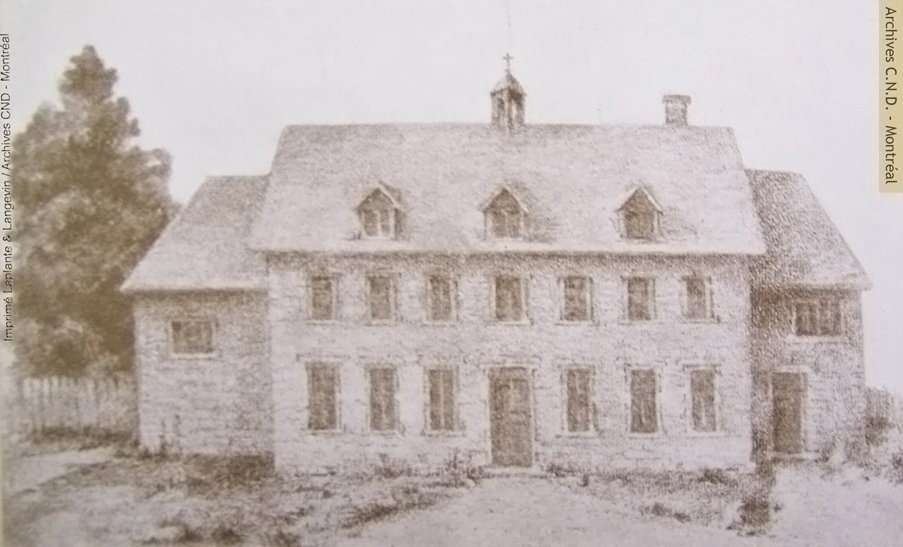 Around 1669, the stable-school was enlarged since it had become too small to comfortably lodge the Sisters, boarders and farmhands while it was still being used as a school. This addition, completed in 1673 and made up of two living quarters, became the second Mother House of the Congregation (1673-1683). It was known as la Grande maison de pierre (the Large stone house).